In 2008, Christian and Corine, from Marolles en Brie, a commune in the southeastern suburbs of Paris, experienced something out of a nightmare, when their one year old Yorkshire terrier named Brutus, was stolen from their garden.

The couple tried for years to find their beloved companion, but to no avail. They contacted veterinarians all over France as well as shelters and dog pounds in the Paris region but alas, nothing. 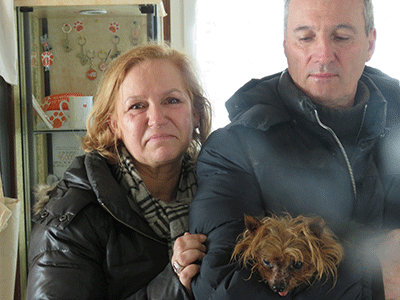 They had with a heavy heart lost all hope of finding Brutus. This was until a call last February, changed everything.

On February 23, a Yorkshire had been taken to a shelter in Saint-Parres-aux-Tertres (northern France) in very bad condition, but someone had found it on the side of the road, abandoned. 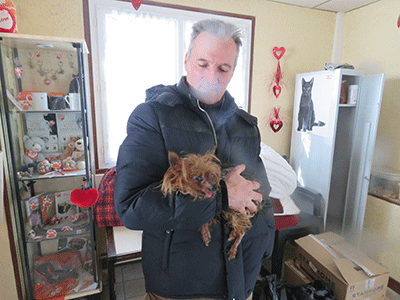 The animal was in a pitiful state: toothless, matted fur, crusts on the back, and overly long nails. When the volunteers checked, according to standard procedure, they discovered that it was Brutus, Christian and Corine's dog.

When I received the letter from the shelter, I couldn't believe it. I immediately called the organisation and they confirmed that it was Brutus.

On February, the couple came to the shelter to be reunited with their beloved Brutus. Corine couldn't hold back her tears. Brutus will finally be able to enjoy the rest of his life in the comfort of his own home, surrounded by a family that loves him.