Mr. and Mrs. Peterson, of Shorewood, Minnesota, returned from their vacation on April 2 and never expected to find a very unexpected house guest waiting for them inside. 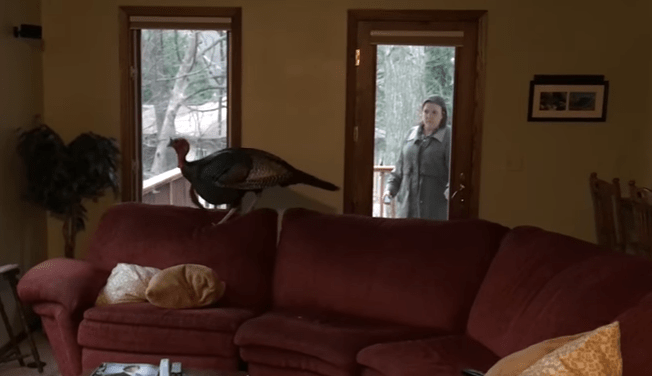 However, that was exactly what happened when they came home to find their front window smashed and the culprit, a wild turkey, making himself at home on their couch.

The surprised pair were extremely wary of their intruder and approached him very cautiously. They opened a window in the hopes that the bird would make his own way out but had no such luck. 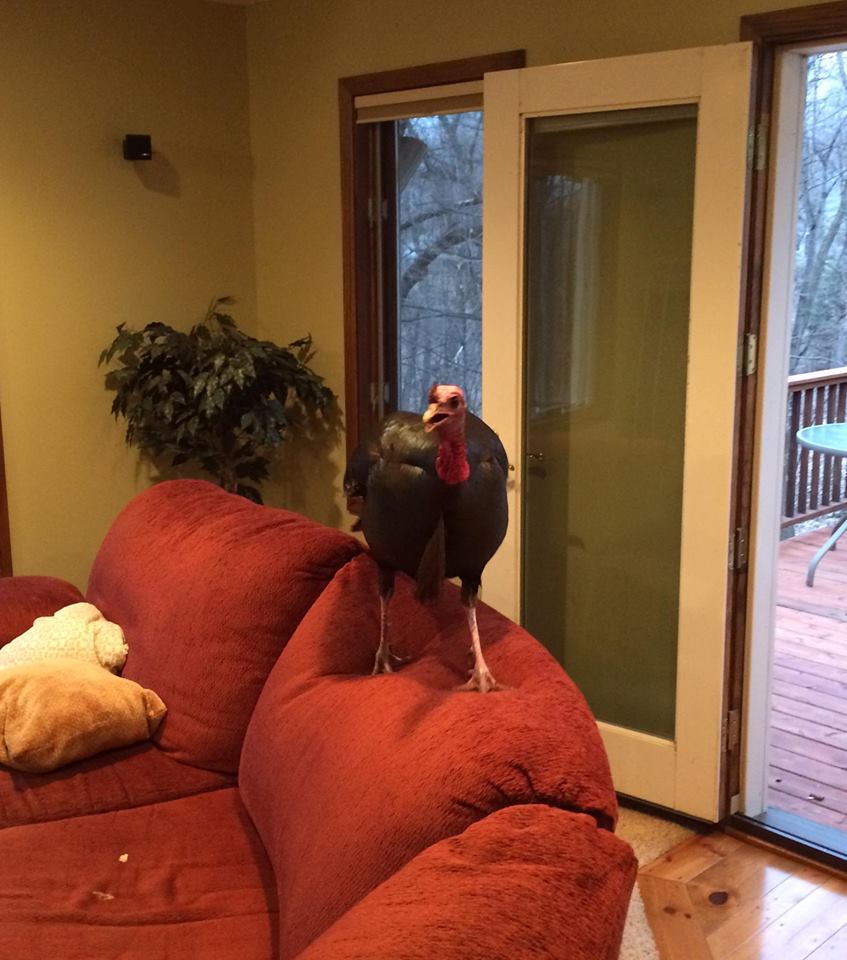 The couple, unsure of how to respond to their visitor, enlisted the help of the South Lake Minnetonka Police Department, who described the unusual event on their Facebook page:

A Shorewood resident came home to find a broken out window to their residence. Shortly after they located an unusual guest lounging on their sofa. He identified himself as Tom. Tom later left the home on his own and found a better spot in an oak tree.

When the officer arrived at the property he was equally as stunned by the scene and even stopped to take his own photos. Tom proved to be extremely stubborn and did not want to leave his comfy new home.

They called for reinforcements and two more officers arrived. They shone a flashlight on the turkey and he eventually realized that it was time to leave.

Tom made his way back into the forest and the Petersons got their living room back from their unexpected visitor. 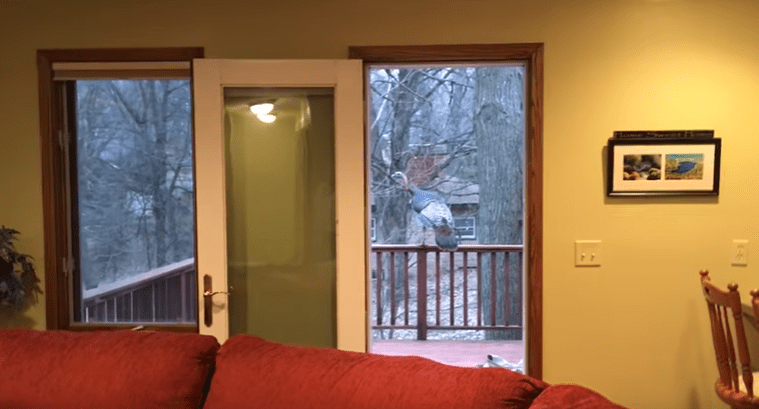 Watch the video of the surprise guest below: