Pam Martin has been a foster mother for cats from the Animal Care & Control Team (ACCT) in Philadelphia, US, for the past six years.

But everything changed when she met "Claus". Claus was a two-year-old ginger cat who was seriously ill and refusing to eat or drink. Pam wanted to help him right away, but she didn't know how serious his condition would get… 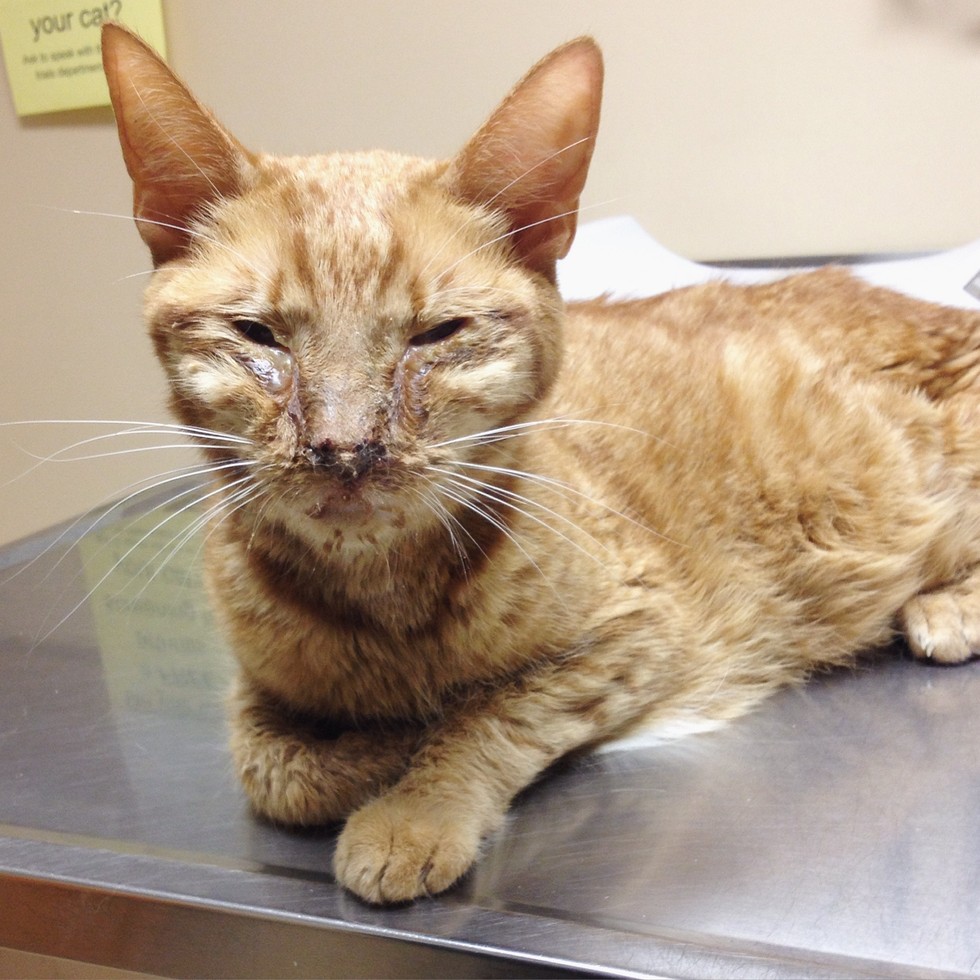 Claus was handed over to the ACCT when his human moved home. Abandoned in the shelter, the cat was so stressed and confused that he developed a terrible respiratory infection.

Cats are very sensitive to change and get stressed, and in an open admission high volume shelter they catch germs and viruses easily.

Soon after, Claus also started to develop some very painful mouth ulcers. The shelter posted a message asking for help, this cat clearly needed some proper love and care. If no one came forward to foster him, he would be put down. 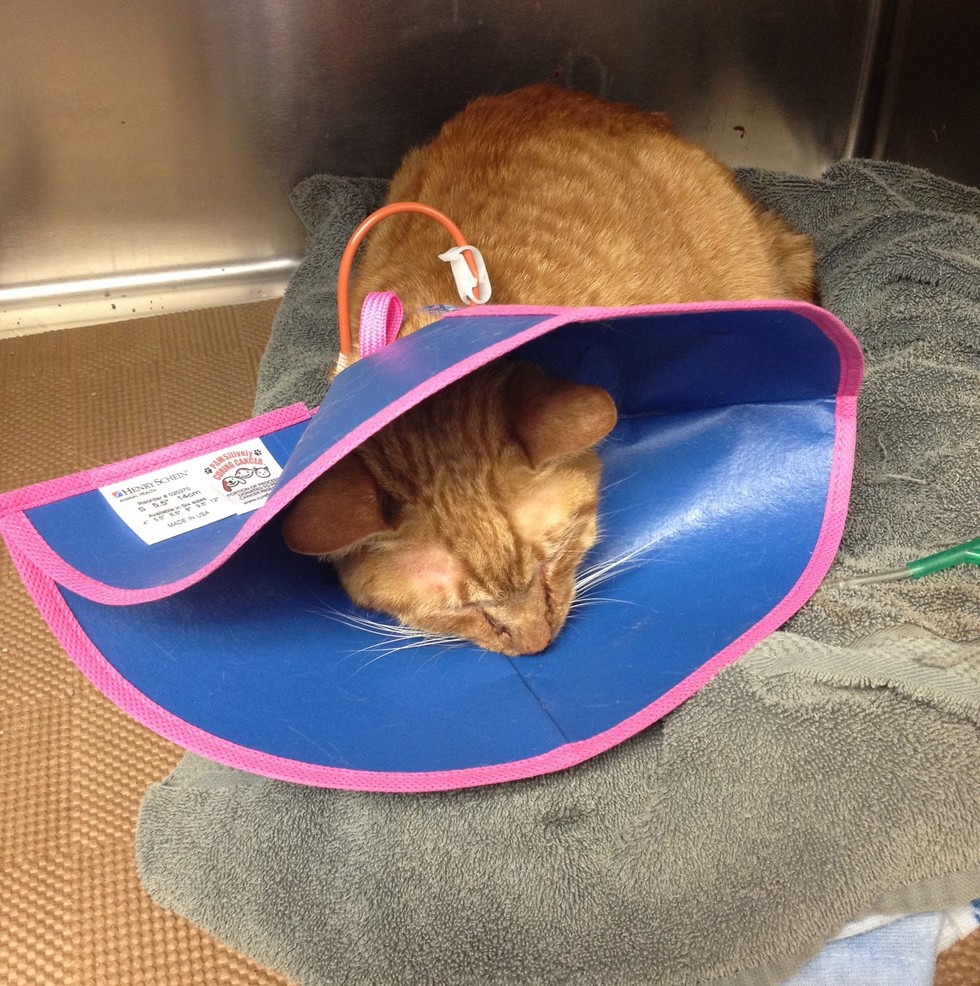 Pam immediately came to his aid, and she knew Claus had to be taken to hospital as quickly as possible. The vet clinic in Quakertown, Philadelphia, took him in for a few days and he was placed on an IV drip to give him the nourishment he so desperately needed. To help Pam with all the medical fees, the community managed to raise $2,000. 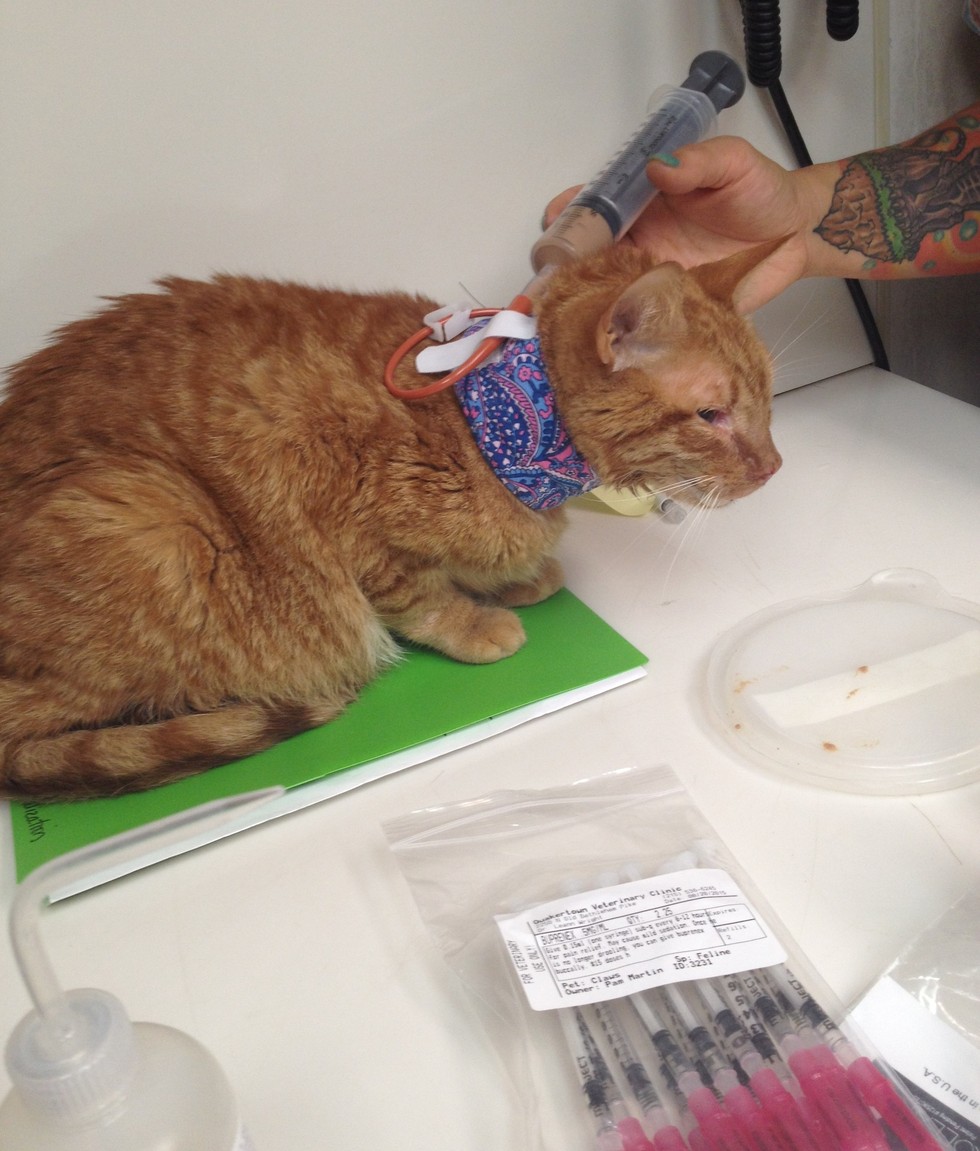 I had days where it was painful to look at him, when he had bleeding lesions covering his face and my heart just broke.

But the whole way through his illness, Claus never lost his kind and gentle personality. He was still purring away, the incredibly special cat that he was. 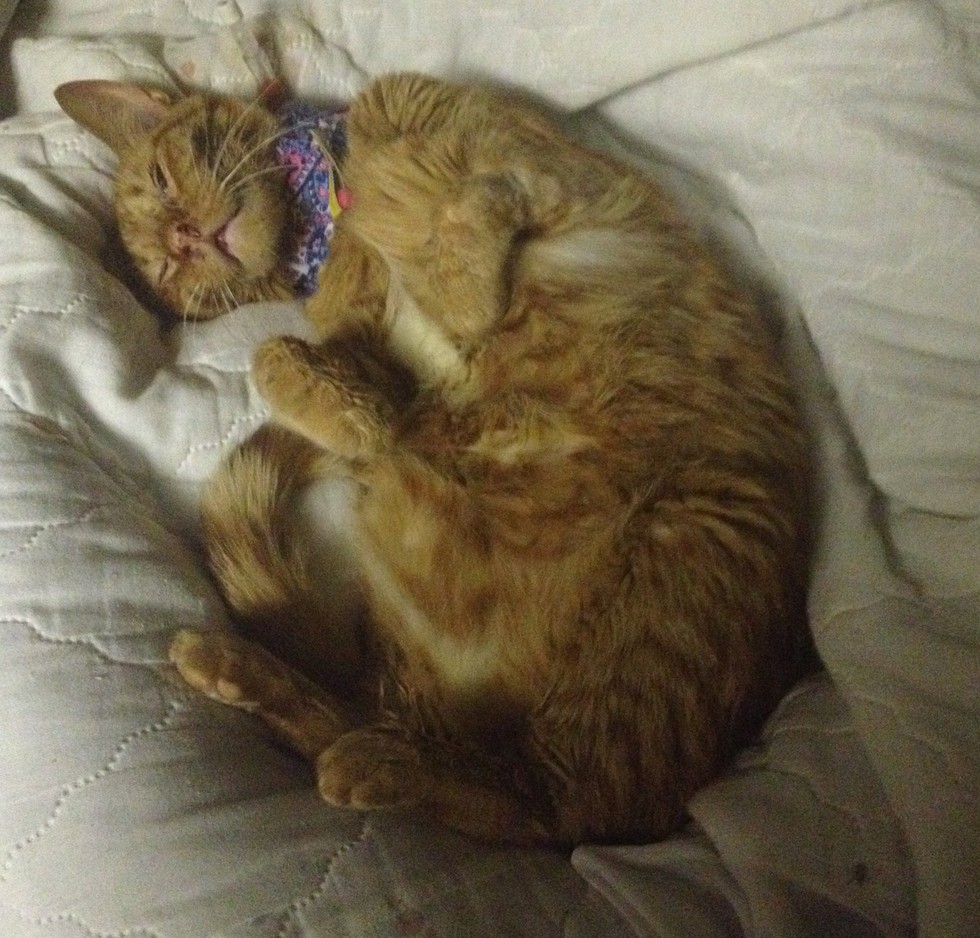 Miraculously, Claus gradually started to recover. But after the horrendous suffering he had been though, he continued refusing food and water, so Pam struggled massively to get him the nutrition he needed. How could he survive much longer without vital nutrients? 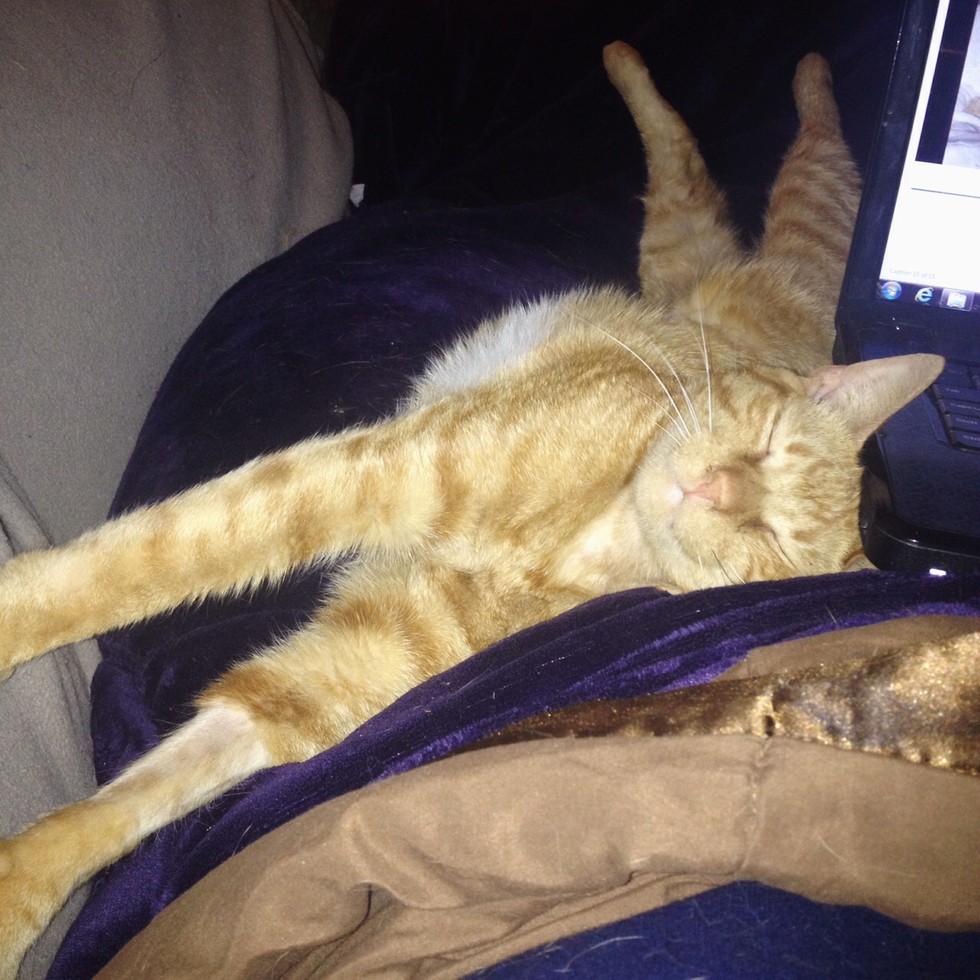 Pam tried many different ways to get him to eat, even testing out acupuncture with a local holistic vet.

He was just skin and bones no matter what I did, no matter what I force fed him or what meds the vets prescribed. I do admit to thinking about giving up. But from day 1, this cat was a fighter, and if he wasn't giving up, I wouldn't either. 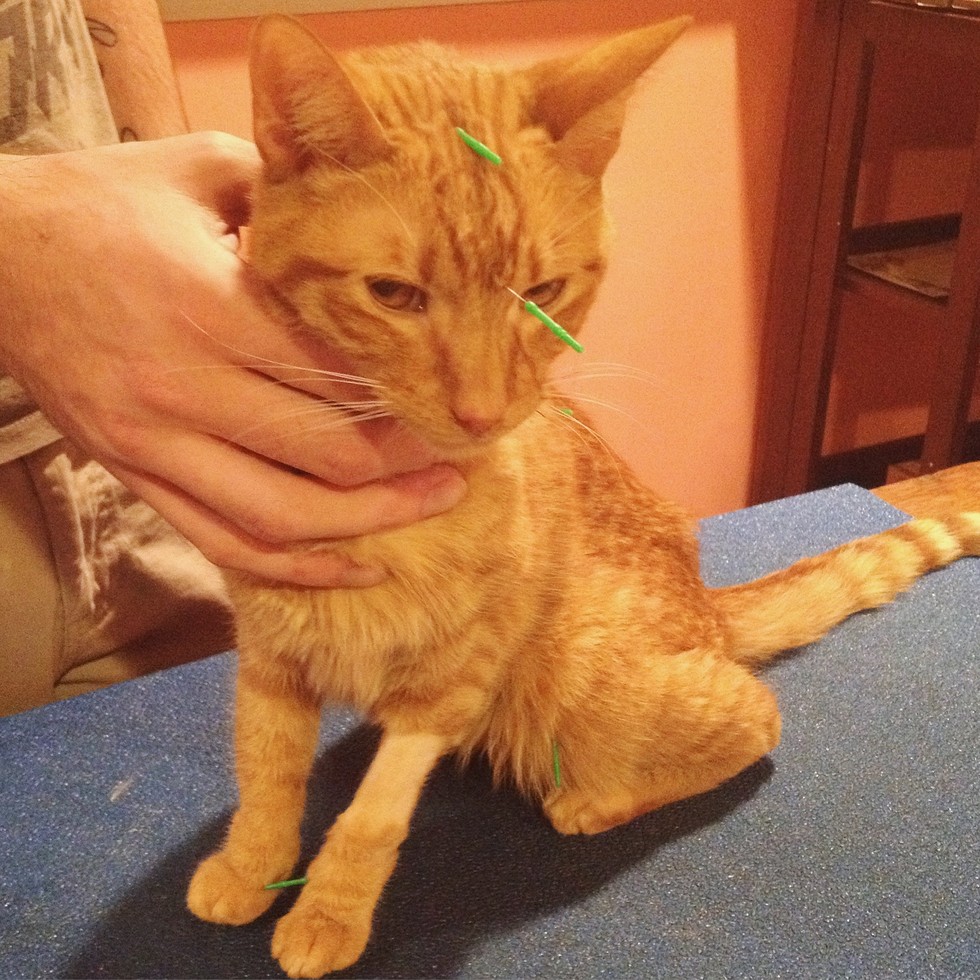 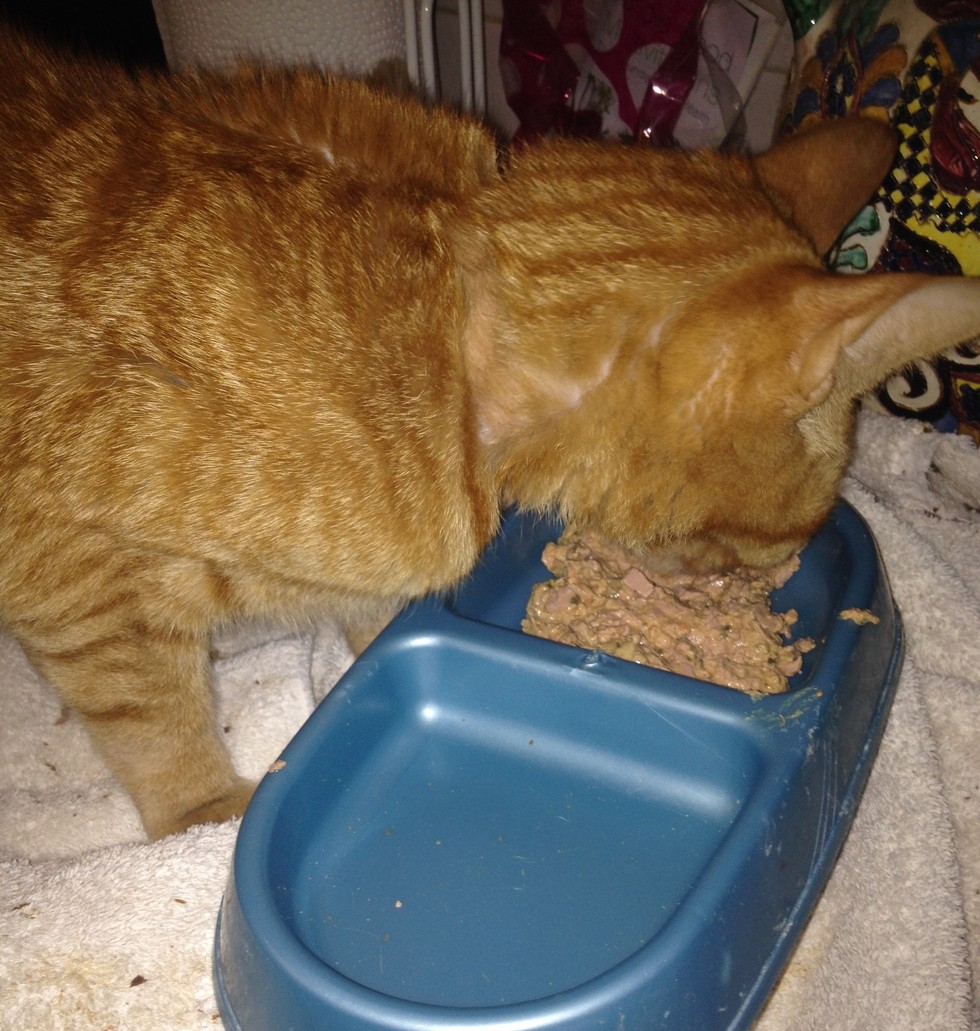 To this day, it's an absolute mystery as to why Claus suddenly started eating again. But we've got a pretty good idea why. Claus had Pam alongside him every hour, every day, willing him to get better. She refused to give up on him – and it was her determination that inspired his own to survive. 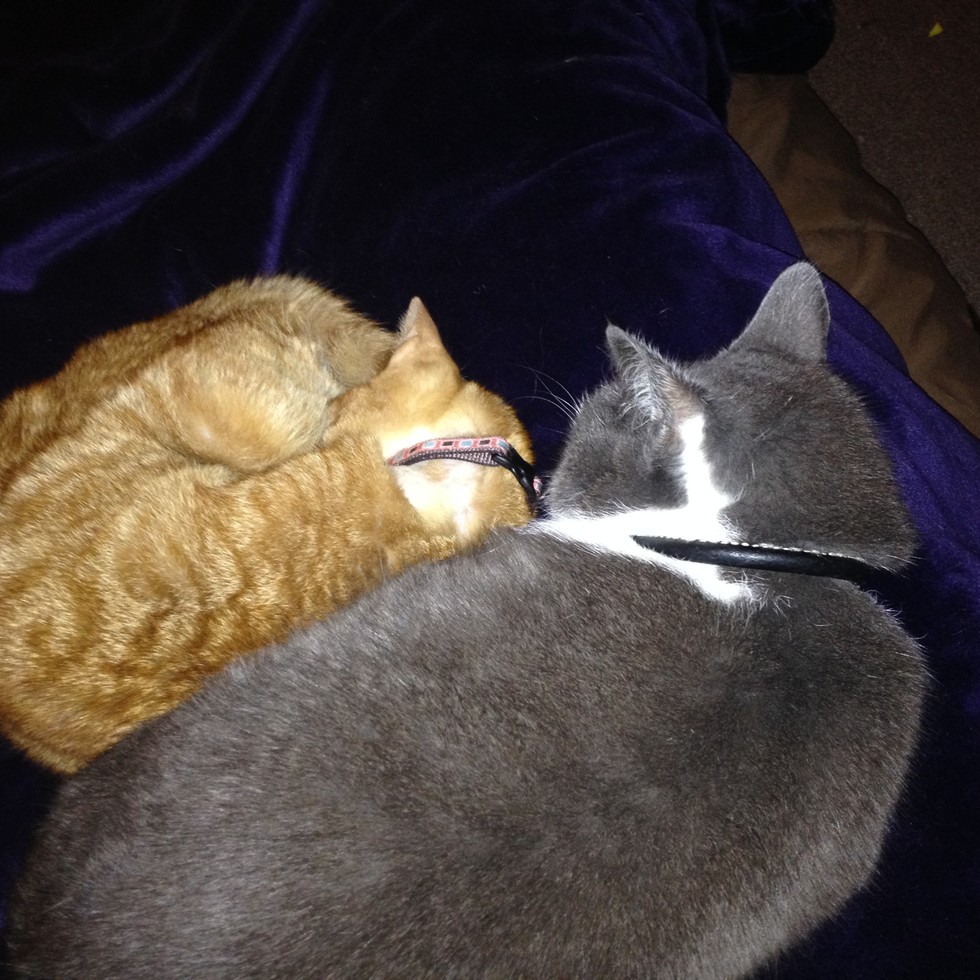 Claus is now happier than ever, playing with other cats and eating like a normal little kitty. Without Pam by his side, we're not sure he would have had such a happy ending. But wow are we glad he does! 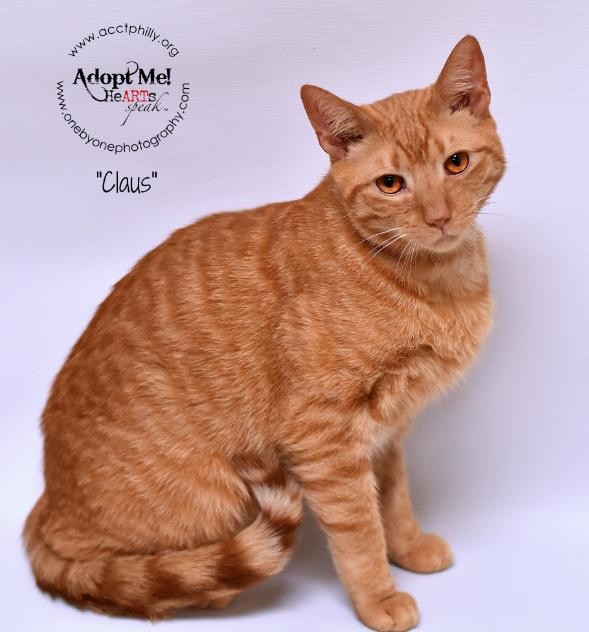 Have a look through his incredible journey with these photos:

We wish him a long and healthy life!