On April 2, a road accident in Spain lead to some unusual victims: one elephant died on the spot while two were seriously injured after the lorry they were in overturned.

The lorry belonged to Gottani circus and was transporting five elephants, according to The Telegraph. The incident took place near Albacete, a town south east of Madrid. 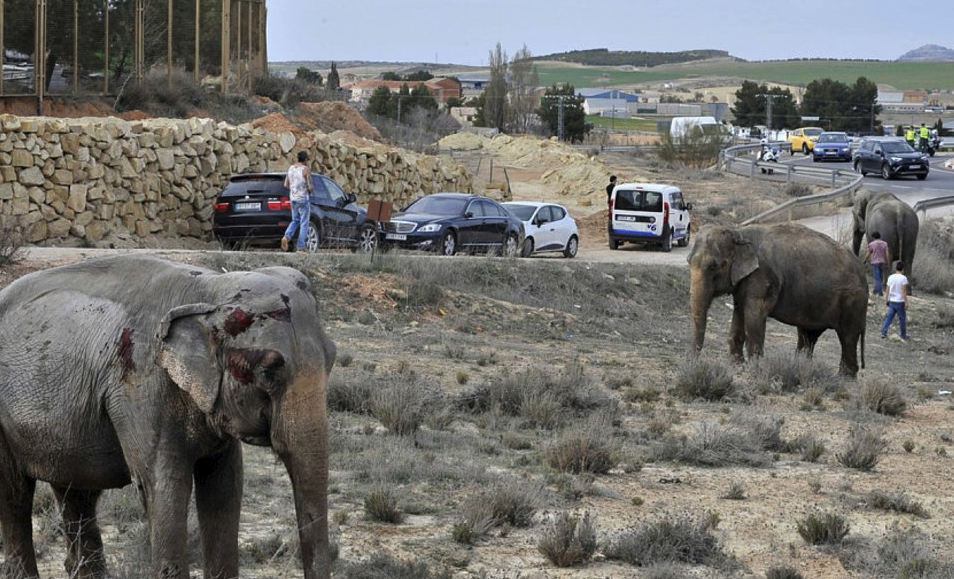 The driver of the lorry allegedly lost control after overtaking a vehicle and attempting to return to the slow lane.

One of the elephants sadly died and was found lying in a ditch by the roadside. The four others escaped the crash along with their lives and started grazing on the nearby grass area. The driver also survived the crash. 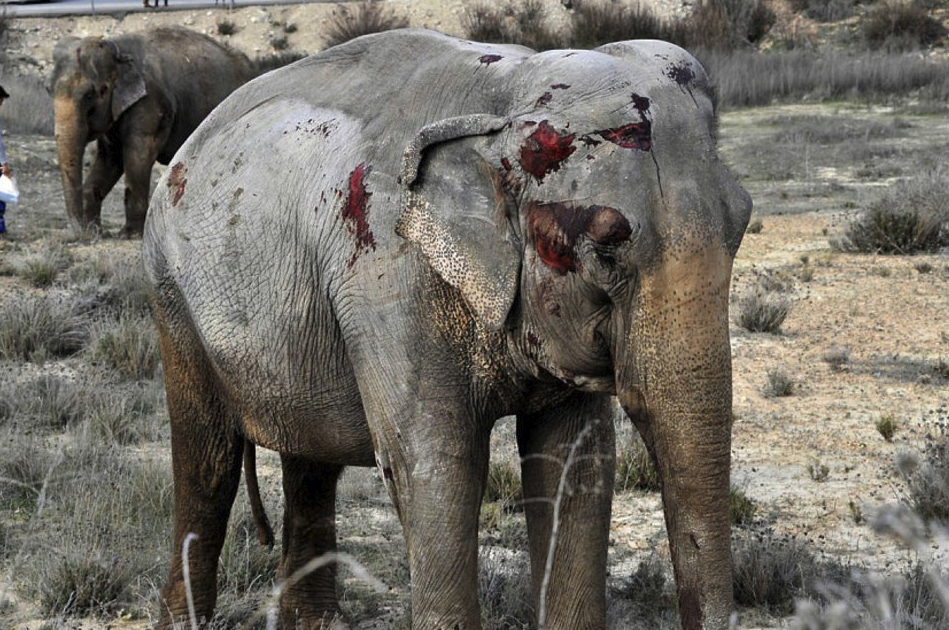 The police immediately closed the road to avoid any further accidents and made sure the animals were taken to safety as soon as possible. A spokesperson for the DGT, the organisation in charge of road safety in Spain, Gregorio Serrano said:

The elephants injured in the accident that has happened in Albacete are being assisted and removed. Of the five animals one has died and two have been injured. Shortly the A30 will be reopened.

Curious drivers stopped and took pictures of the accident, sharing the pictures and the story on Twitter. 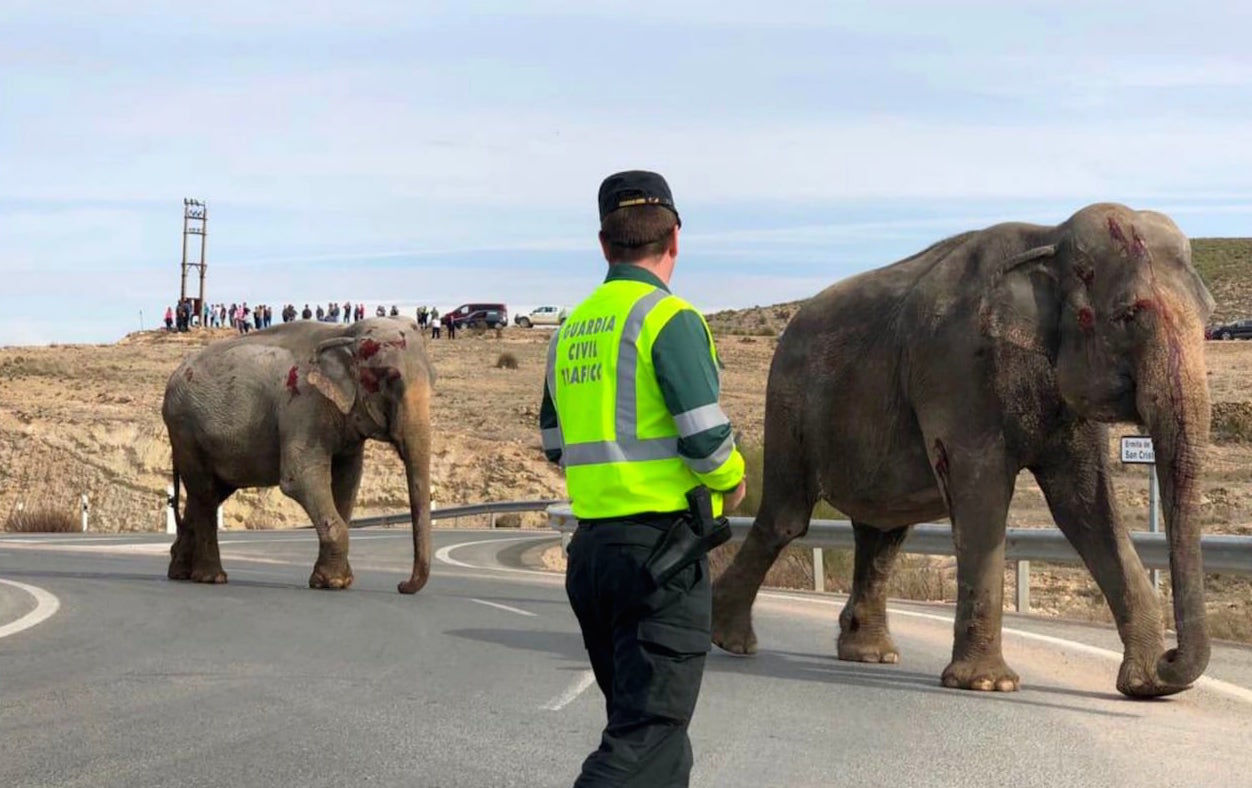 Silvia Barquero, the president of Spanish animal welfare political party PACMA, said the animals belonged to the Gottani Circus, which has performed several shows in the area over Easter.

The lorry that has overturned was carrying Circo Gottani elephants. Show them more kindness. We treat animals like slaves. Enough of circuses that use animals.