In a shocking new video, a bear in Volgograd, Russia, can be seen being pushed down a ramp on a skateboard during a circus performance. Upon reaching the bottom, a trainer grabs the chain attached to the bear's head, trying to get him to perform another trick. Clearly terrified at the prospect of doing this, the bear runs away. 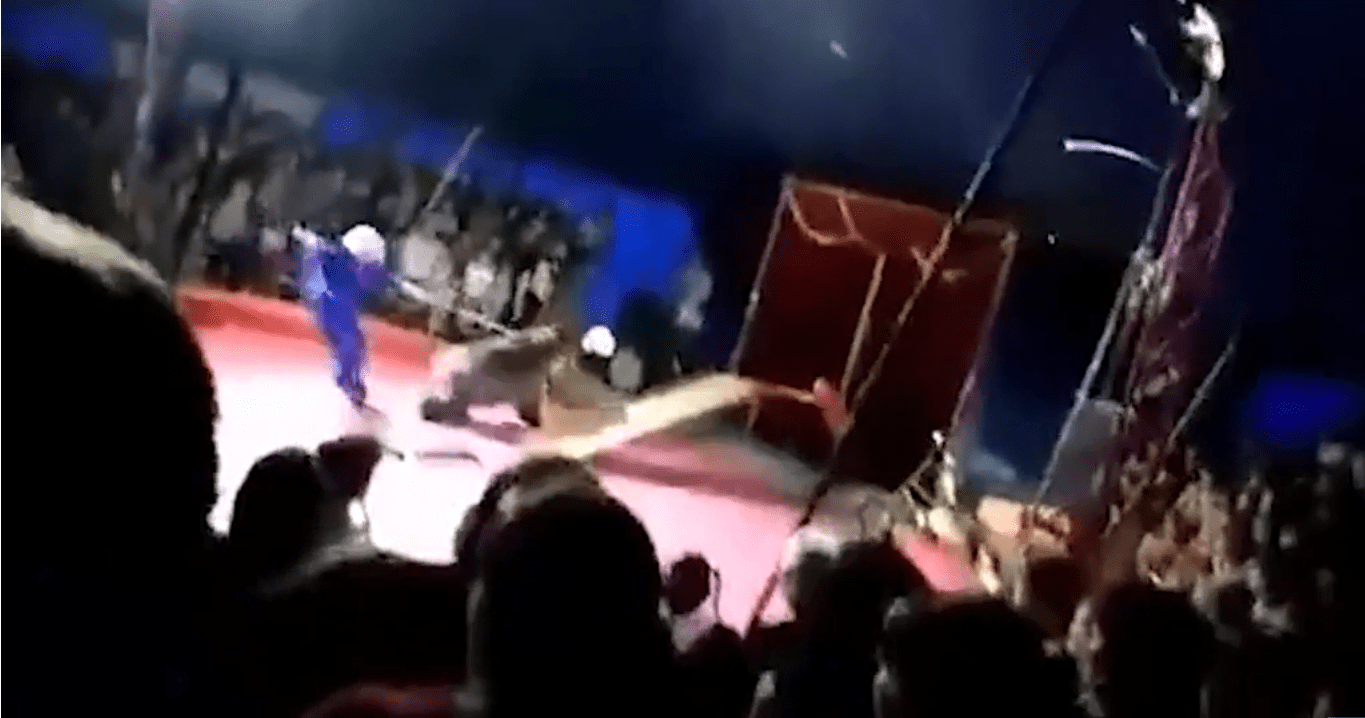 Screenshot of the video showing the trainer beating the bear with a stick after he runs away. Source: Youtube

Pandemonium soon ensues with panicked cries coming from the audience and a second and third trainer entering the ring to beat the bear with sticks for disobeying. The bear fights back, grabbing the trainer who’s beating him and tackling him to the ground.

Soon enough, the bear lets go of the trainer who stands up and is able to walk away. The bear, who appears to be even more scared than before, starts rocking back and forth against the edge of the arena.

The video, which was presumably filmed by a member of the audience, has once again called into question the absurdity of using wild animals for entertainment purposes. 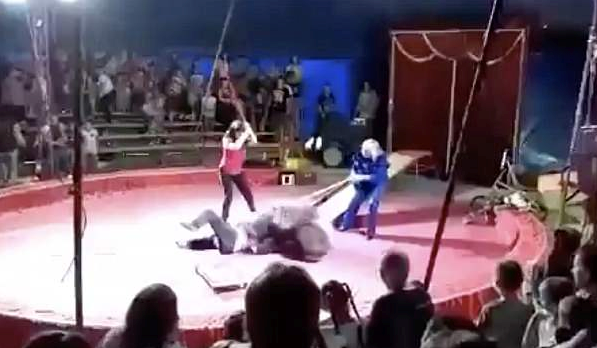 Screenshot of the video showing the two trainers hitting the bear who's grabbing the third trainer. Source: Youtube

According to The Dodo, Jan Creamer, president of Animal Defenders International (ADI), said in a statement after the video was released on Russian social media:

Using wild animals in circuses is a recipe for disaster, putting animals and the public in harm’s way. With animal welfare inevitably compromised and circuses unable to provide for their needs, it’s time for Russia to step up and take action to stop circus suffering before tragedy strikes.

This is by no means the first time Russia has come under fire for their treatment of bears. If you recall, in April, a video was released of a circus bear named Tim performing a trick on a Russian soccer field, causing mass outrage. Tim was recently exploited again, being made to blow into a vuvuzela during a street parade following Russia's World Cup victory. Creamer said:

It is sickening to see Tim the bear, or any wild animal, being exploited in this way, with absolute disregard for their well-being, their physical needs, and the safety of the public. Thankfully, governments around the world are taking action to end such shameful scenes. For animals like poor Tim, change cannot come soon enough.

Instances like the ones above are sadly very common in Russia with circus bears all over the country having to endure brutal training processes to get them to perform the way they do. DJ Schubert, a wildlife biologist with the Animal Welfare Institute (AWI), told The Dodo in April:

No wild animal should be used as a prop or forced to perform unnatural acts for our entertainment. What may appear to a spectator to be a few moments of levity … conceals the true story of these animals’ lives. Theirs is a tedious, barren, wholly unnatural existence that all too often involves abusive training techniques, inadequate housing, and poor veterinary care.

When animals retaliate or attack their owners, like the circus bear mentioned above, this is too often due to them getting scared or fed up. While it’s not clear what happened to him after the show, it’s likely that the trainer severely punished the bear for his behavior. 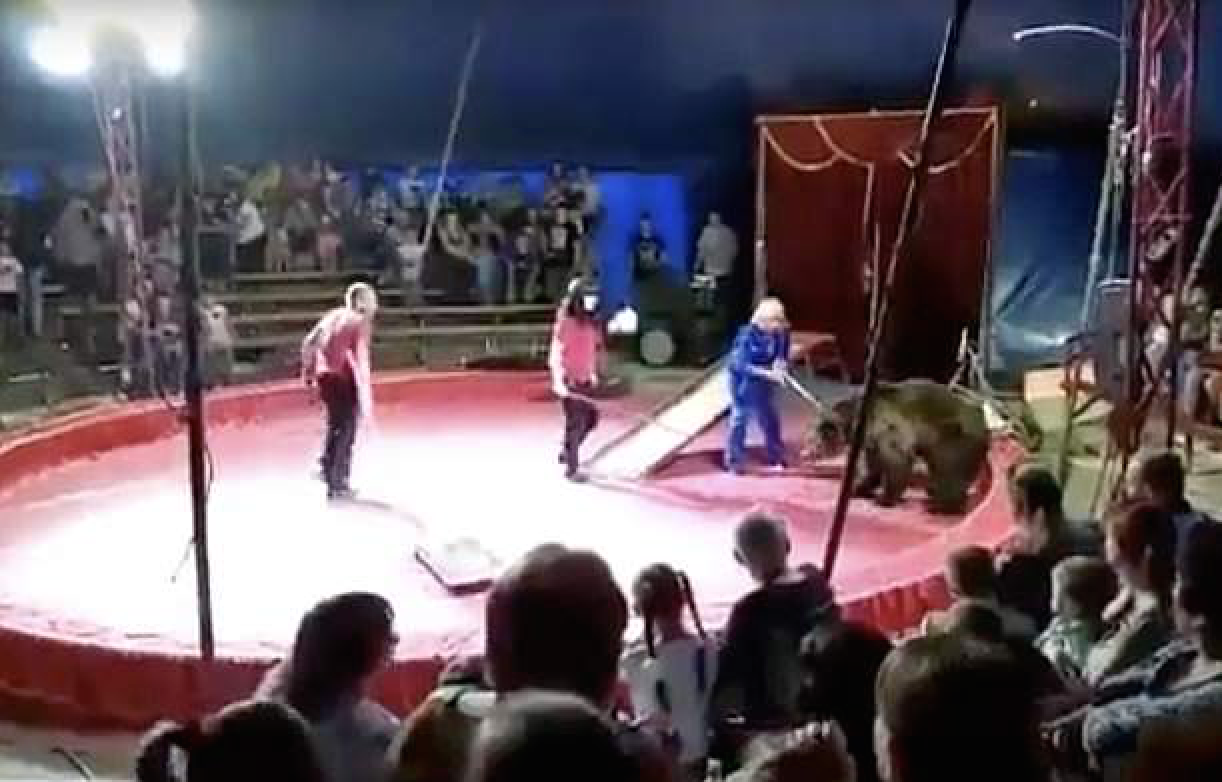 Screenshot of the video showing the bear cowering at the side of the ring. Source: Youtube

If you would like to help put a stop to these cruel practices and end wild animals being used in circus' once and for all, then you can make a donation to the ADI here.