In China, hundreds of animals are imprisoned in horrendous conditions and forced to perform in travelling shows, circuses and roadside zoos.

An undercover agent from PETA (People for the Ethical Treatment of Animals) infiltrated 10 of these 'attractions' and compiled an exposé, detailing the abuse that these animals face.

What they found was profoundly disturbing and recorded to reveal the cruelty of these organisations. 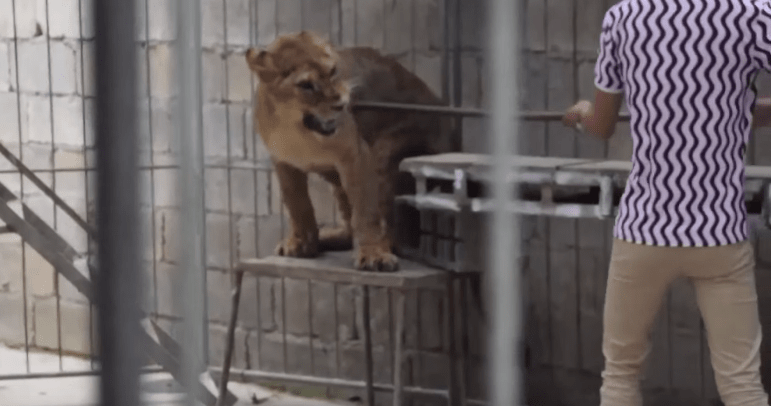 Bears, lions, tigers and monkeys were all routinely threatened with violence, such as being beaten with a metal pole or hit with a whip, in order to make them perform tricks familiar to anyone who has been to a circus with animals; balancing on beams, walking on their hind legs, jumping through hoops and many other unnatural stunts.

If they failed to perform, or made a mistake, they were immediately and brutally hit. 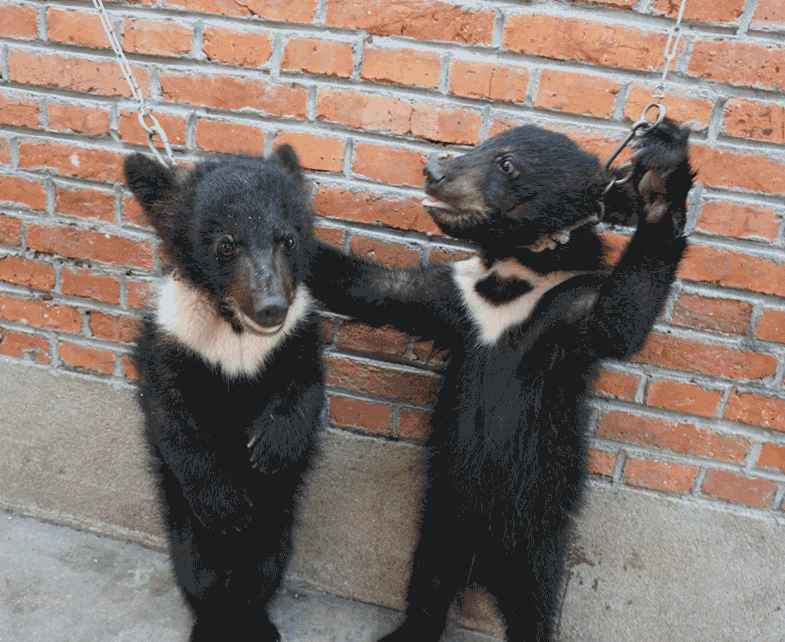 To train them to stand upright on their hind legs, baby bears are chained to a wall by the neck, as seen in a video accompanying the exposé. If they try to get back on all fours, or become tired after hours in this strained position, they risk choking themselves.

Monkeys too risk strangulation from their so-called handlers, with one, Xiaohau, being dragged around by a rope around her neck when she fearfully tried to escape. 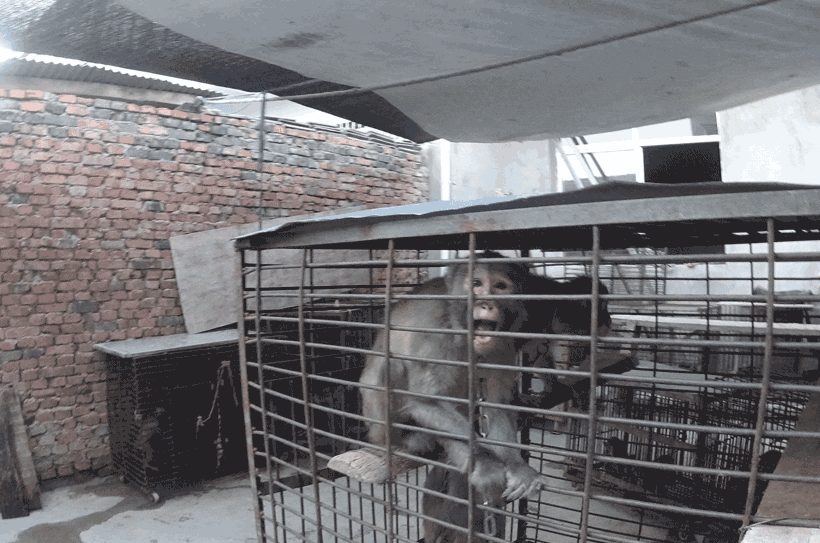 The living conditions outside of their training times are equally as horrific, being tiny, metal cages or concrete cells, with barely any room to move around in.

The bear cubs were seen crying out and biting at the bars of their cages, desperate to escape. Many of the larger animals were further confined by ropes or chains, which let them only take a few steps in any direction. 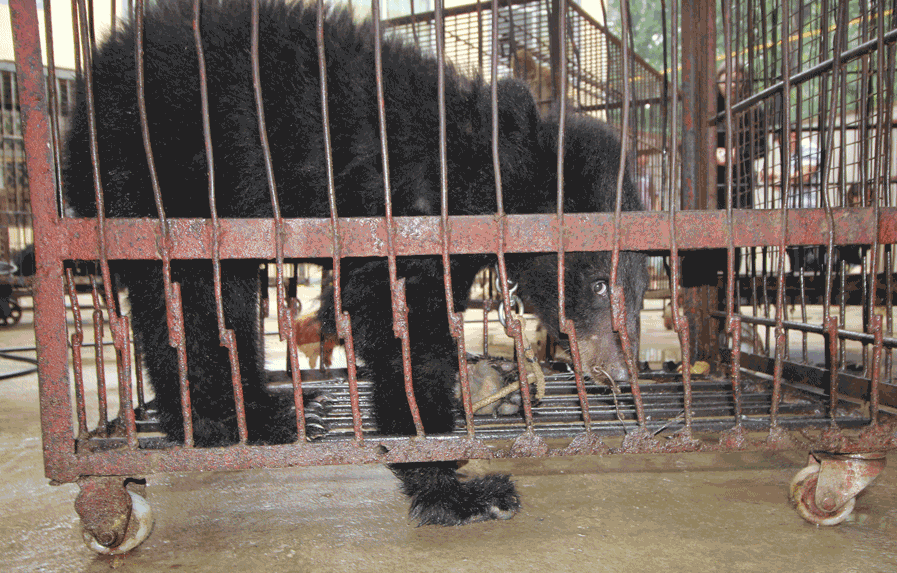 Other animals, such as a dog, llamas and some pigs, were also found in the same terrible living conditions. One dog, Laifu, was considered too old to perform and was essentially neglected, never let out of his tiny cage and ignored for hours on end.

These living areas are both inappropriate and unsanitary, as the animals must eat, sleep, urinate and defecate there. 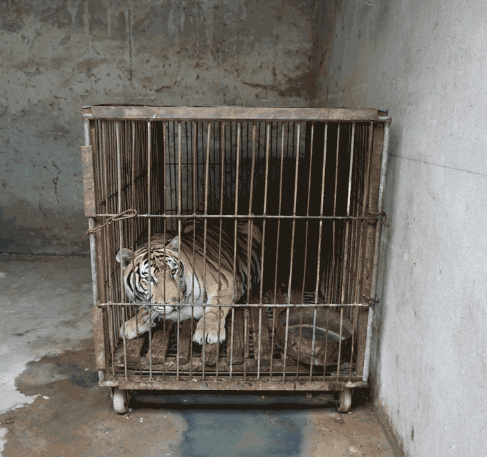 The sad truth is that these industries only thrive because of demand from the public; change must come from us. Already this year, many cities such as New York City and Los Angeles have made steps to outlaw this cruel form of 'entertainment', but it still lives on throughout the world.

You can make a pledge to not support this horrendous industry by clicking here. You can also make a donation to the Performing Animal Welfare Society, which protects abused and retired performing animals, by clicking here.