The story of Chunky the Chihuahua shocked the entire world last week. Drugged and tortured, it is a miracle he is still alive. In what was one of the worst cases the RSPCA has ever known, the dog was abused by a gang of teenagers. 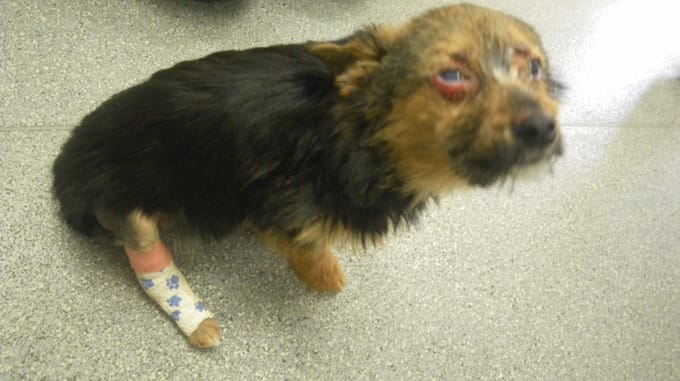 The gang of four stole Chunky from his home in Margate, and proceeded to abuse and torture him in unthinkable ways. They fed him drugs, kicked and punched him, broke his leg and neck, set him on fire and then dumped him in a rubbish tip, leaving him for dead.

Despite his horrendous ordeal, Chunky has miraculously survived and has safely been returned home to his humans, Lisa-Marie and Bonnie-Lee Fittall in Kent. It took the poor pup weeks of recovery but he seems to be in more sprightly spirits now. 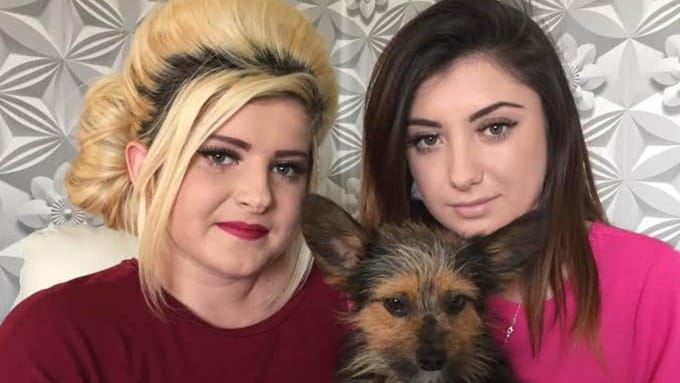 The four teenagers, aged 15-16, have been found guilty of torturing the chihuahua mix, and have been disqualified from keeping animals for five years.

The youths could not be named because of their age. However, thousands of animal advocates have signed this petition calling for changes to the animal cruelty legislation after Chunky's ordeal.

Justice for Chunky the Chihuahua has been signed by almost 400,000 people and shared across social media over the past week. The petition calls for people who have committed such atrocities to animals to have a lifetime ban from adopting any kind of animal. 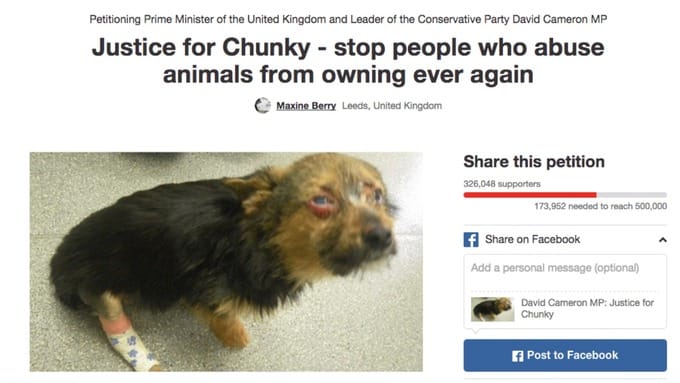 The petition was started by animal lover Maxine Berry, who asserts:

Anyone who commits animal abuse should be placed on a register for offenders. Animal abuse is serious and the laws must change. Crimes like this against innocent animals should follow the person around for life. 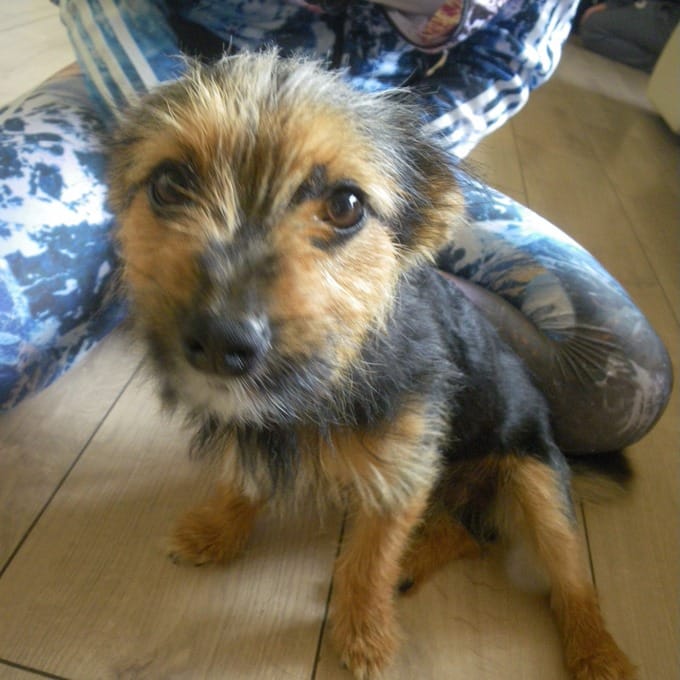 "This was the most disturbing case I have ever dealt with"

RSPCA inspector Caroline Doe who found the suffering chihuahua days after the teenagers had left him for dead, was very shaken by the ordeal:

This was the most disturbing case I have ever dealt with – by an absolute mile.

The whole thing sends shivers down my spine. The defendants may have been young and confessed to being under the influence of drugs but the cruelty they inflicted on this poor dog was extreme, barbaric and inexcusable.

I will never forget how terrified and depressed he was when I first saw him. The injuries were so severe that despite the fantastic veterinary care and medication he was on, the medication was unable to numb all of the pain, and he suffered for at least six days according to veterinary experts.

Sign the petition here if you also think animal cruelty offenders like this should never be allowed to have an animal again. We wish Chunky a full recovery.