Many dogs who end up at the shelter arrive there as strays or after a case of neglect. Sometimes though, it's sad extenuating circumstances that bring a much beloved pet to be put up for adoption.

That was the case for Rhino Lightning who was brought to the Utah Humane Society shelter last week. 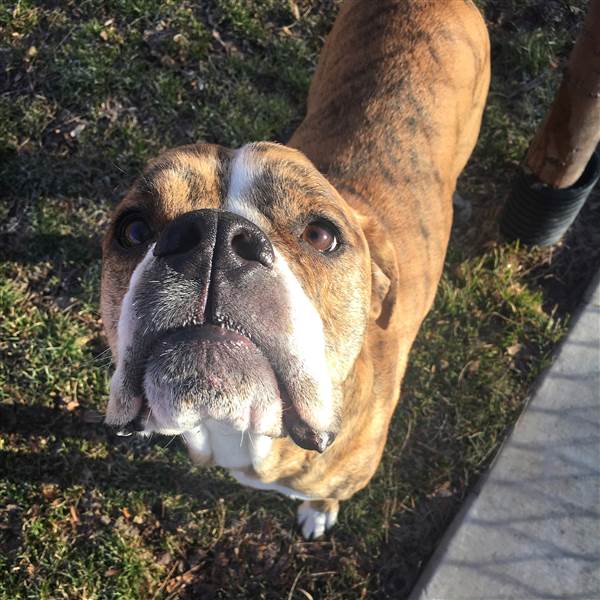 The three-your-old canine had a loving family where he was obsessed with running and playing. Unfortunately, according to the family, Rhino wasn't aware of his size, and his excitement proved to be dangerous for the young children in the house.

The adorable dog was accompanied by a small spiral notebook, full of a child's writing, that described to his new family all the information they would need. 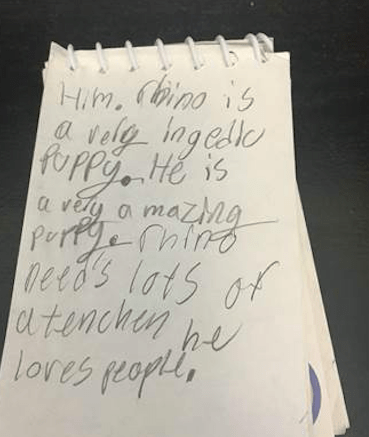 It ranged from remarks like he "is a striped dream" and "a very amazing puppy," to more concrete advice like the fact that "his cheeks make a lot of slobber" and he "hates snow and swimming."

As heartbreaking as it is we want to keep the promise to the brave young child who took the time to write these notes and recommendations for his new family. Please remember, surrendering a pet is never an easy decision. We see thousands of animals a year and understand that there are many reasons owners bring their pets to us, and it is heartbreaking for them. But, they are doing what is in the best interest of the pet. 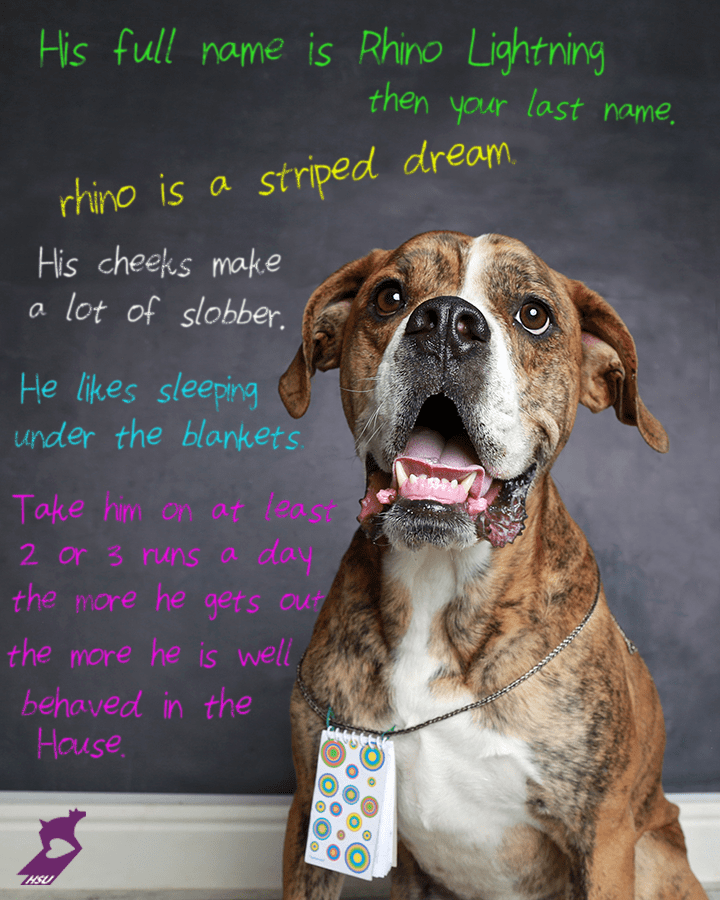 The notebook was completely filled front to back, showing just how heartbreaking the loss of the beloved pet was for the child. However, the letter specified that his name is not to be changed. "His full name is Rhino Lighting then Your Last Name."

The shelter added a few extra pointers including the fact that he's nervous in the kennel, he's smart and housetrained, and doesn't love cats, but it incredibly goofy and loving.

The letter makes insists on one point, the most important point though: "Make sure he is in a safe house, where every night, he is told that I love and miss him."

Thankfully, this plea for an incredible family has apparently paid off. Rhino was adopted yesterday. His family is all over the age of eight, so he won't have to worry about knocking anyone over, and he will have another canine friend to play with.

Rhino's former family can know peacefully know that he is in good hands.