Since the end of February, several cats in Bagnolet, an eastern suburb of Paris, have been found with severe acid burns, reports Le Parisien. 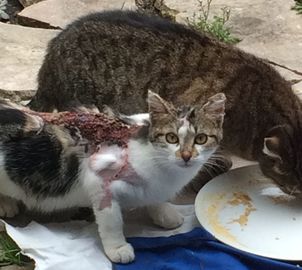 A resident named Maria discovered the first feline victim of the attacks on February 28th. The cat was screaming in agony, with half its skin burned away and its bones exposed.

We managed to get hold of the poor animal using our usual method: a cage with some tuna in it.

Taken immediately to the vet's, the medical report was chilling: "The location of the burns leads us to believe that they were caused by splashes of acid", wrote local vet Sébastien Marti.

Sadly, due to the severity of its injuries, the cat had to be put down.

Around the same time, the association received a call from a panicked little boy whose brown male tabby cat, Moustache, had disappeared. The

later found with third-degree burns to 40 per cent of its body.

Moustache was luckier than the first victim and is now in recovery after two operations.

But since the beginning of March, three other cats have been found in a similar state of distress. They have been burned right to the bone having been splashed with acid. 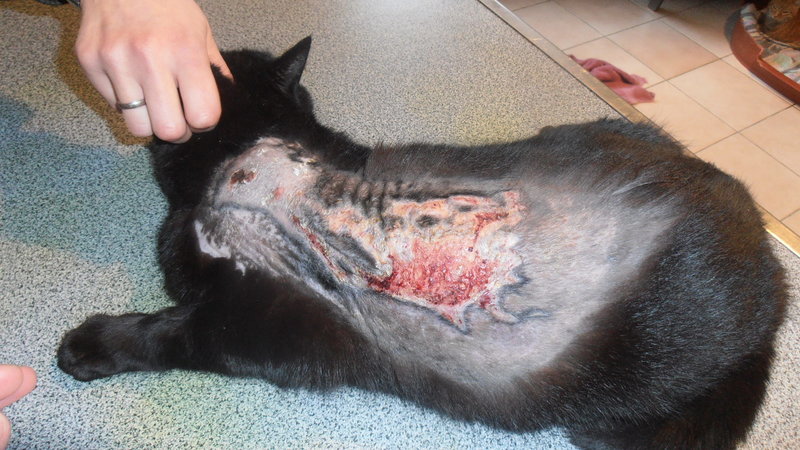 That makes five cats that have been victims of this horrific torturer or torturers since the end of February. And "we still don't know how many victims are still out there suffering or even dead right now", said the spokesperson for the association.

A petition to find and punish the perpetrators

Revolted by these "abhorrent acts of cruelty", the president of the association has lodged a complaint with the police. "The perpetrators must be found and punished" she pronounced.

A petition has been launched on Change.org demanding justice and to make sure the authorities are doing all they can to find whoever is responsible. It already has over 20,000 signatures.