The Cornish Rex is a cat with unusual fur and an interesting and sweet personality. Although it's still a relatively new breed, it has already made a name for itself among cat lovers.

History of the Cornish Rex

The Cornish Rex cat, also called the Cornwall Rex, is a cat originally from the United Kingdom, where it was first seen in 1950. It is a naturally occurring breed, first appearing in a litter of cats on a farm in Ennismore, in Cornwall, hence it's name.

The first Cornish Rex, Kallibunker, was then coupled with his mother to conserve the particular recessive gene. Unfortunately, breeders were not able to obtain the intended result as the consanguinity wreaked havoc. Crossing programs with Siamese and Burmese cats were started, and several healthy cats carrying the gene were born.

The first Cornish Rex breeders in America arrived 1957 and the race took off from there, becoming very popular all over the world, particulrly in anglo-saxon countries.

The Cornish Rex cat is characterised by its slender and willowy body, not unlike that of a Greyhounds, but obviously on a smaller scale. The Cornish Rex has a slim bone structure but nevertheless muscular and well developed, with an arched back.

A Cornish Rex cat or kitten has very small and thin legs with their paws being small and oval.

The head of a Cornish Rex cat or kitten is longer than it is large, and is of average size. They have large ears, set far apart on their head. The nose is protruding, while the skull is shaped like an egg. The eyes are over shaped, slightly angled and must match their coat.

A Cornish Rex's tail is refined towards the tail, in the shape of a whip. 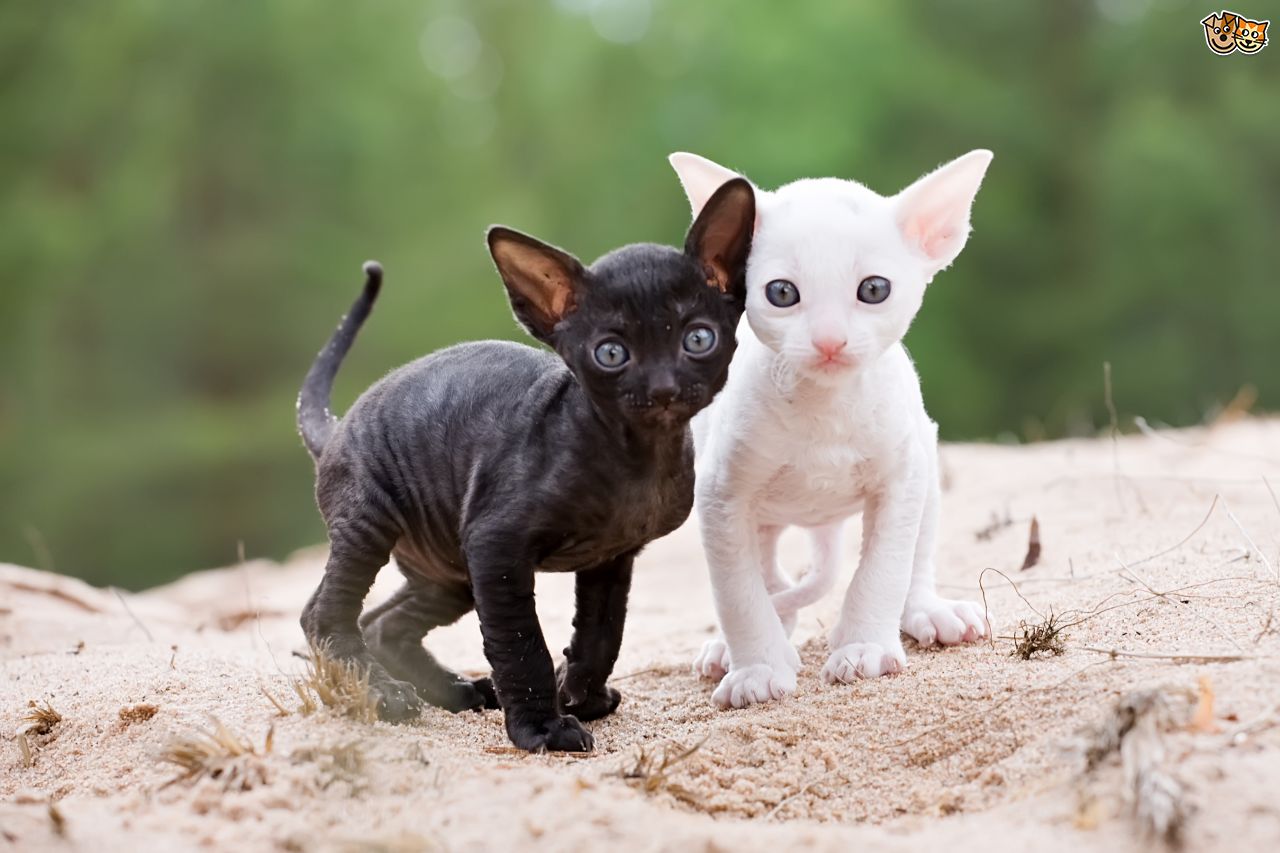 A Cornish Rex cat or kitten's coat is notched, giving a wave impression. The fur is shorter and more dense around the legs and head. All colors are accepted as well as small white patches.

A Cornish Rex cat or kitten hates being alone, being particularly sociable. They are lively, playful, and love acrobatics, which can sometimes make them very exuberant. Very affectionate and attached to their owner, they hate spending days apart from them.

They can sometimes be chatty, and love demanding attention, with particularly loud miaows. A Cornish Rex cat or kitten follows their owner everywhere, and would spend all day on their lap if they could, always seeking affection and cuddles.


Contrary to what its appearance may lead you to believe, the Cornish Rex cat is a robust and healthy breed, without any genetic illnesses.

Due to its particular fur, it doesn't do well in the cold, and if necessary should avoid cold drafts of air, especially as a kitten. If you wish to travel with them, perhaps consider a specialised travel bag.


The Cornish Rex doesn't require much upkeep with a weekly brush sufficing. It is important to regularly clean its eyes and ears, as they have a tendancy to get dirty.