Often confused with the European cat, the alley cat, also called the "house cat" or "common cat", is quite simply a cat without a breed, or pedigree. Most stray or domestic cats are alley cats.

They are a variety of cats which don't correspond with any breed standard and can therefore be whatever size or colour. They are generally cats with robust health that are easy to upkeep.

History of the alley cat

The name "alley cat" was first used in Paris to name the cats who roamed the rooftops.

Many stray cats like to take refuge on rooftops, in the same way domestic cats like to sleep on high furniture. It was also not uncommon to see stray cats in the alleys in town, hence their name.

The origin of alley cats and kittens is linked to domestic cats in general. It is not precise but they are said to have come from a cross between different breeds of cats crossed during explorations in Asia or Africa.

These cats were domesticated by sailors and farmers to hunt rodents and preserve food. The majority of current breeds come from house cats with genetic abnormalities. The Sphynx cat, for example.

The "alley cat" breed is characterised by a selection of cat breeds meaning there is no physical standard with which it must comply.

Alley cats can be all sizes, colours and have any type of pattern on their coat.

The American Shorthair and British Shorthair are also cats who are often mistaken for being alley cats, or vice versa.

Other breeds often find themselves in the same situation. It is very common for a grey gutter cat, without a pattern, to be described as "Chartreux", or for a coloured cat with a beige coat and dark tips to be called "Siamese". 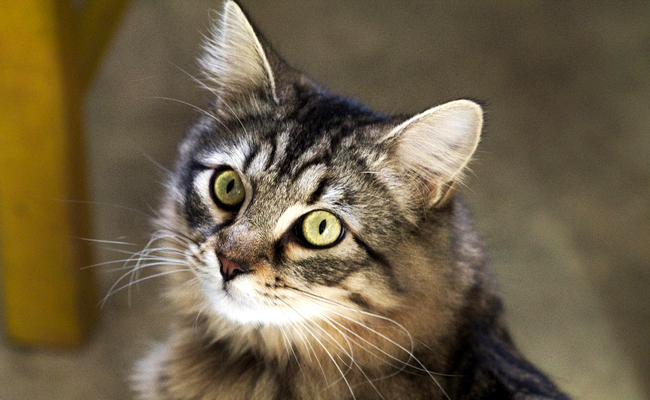 All types of fur are seen on alley cats or kittens. Most often though, their fur is short with a tabby pattern (striped or spotted), or calico.

White, black, ginger and bleu (grey) are the most frequent house cat colours.

Due to the very large extent and variety of this "breed", the alley cat does not really have any particular behavioural characteristics.

All are adapted to life in the presence of humans with some needing a garden while others adjusting very well to apartment life. Similarly, it is difficult to predict whether an alley cat will be able to get along with other cats or dogs.

Generally speaking, the more human contact the breed has whey they are a kitten, the better they will be at living with humans when they are older.

Alley cats are generally a very robust breed. The many genetic mixes within the cat mean that they aren't prone to any specific diseases.

Just be sure to vaccinate them and treat them against pests to keep your pet healthy.

An alley cat's upkeep depends completely on its characteristics. If they're a medium-long haired cat, they will need brushing more frequently than their shorthaired counterparts.

Watch out for knots in the fur and keep an eye on cats that spend more time outside as they will be more prone to injuries.