Skimble Skypaws was a stray in Los Angeles, California, and the six-year-old cat was in a pitiful state. 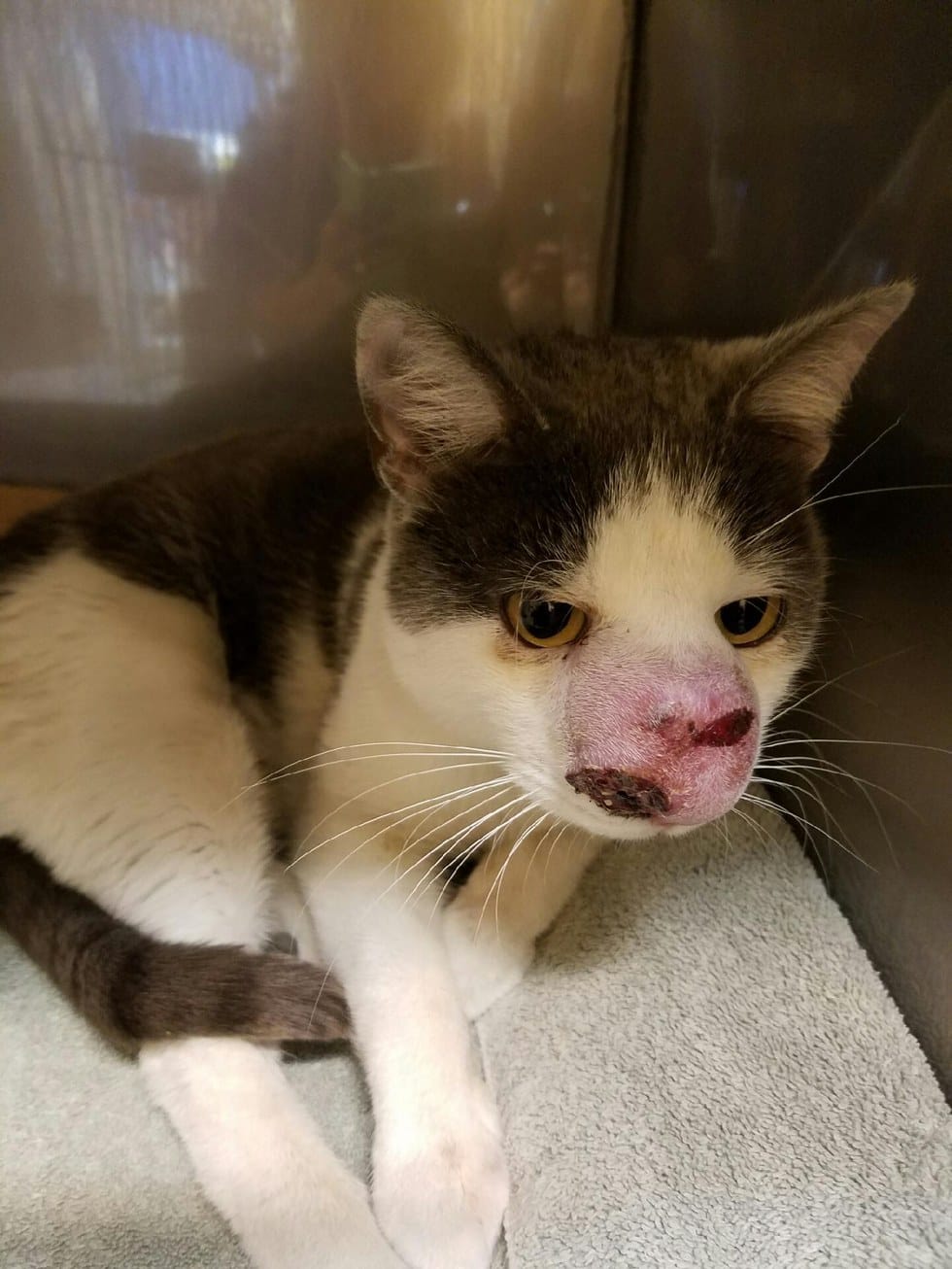 He was found wandering the streets going up to people asking for help, everyone ignored him but one kind man couldn't leave him on the streets in the condition he was in.

Plenty of others had seen the poor cat begging for help, and they just walked away. It's true, that the feline was difficult to look at. He had a large pink mass on his nose that was hard to miss. 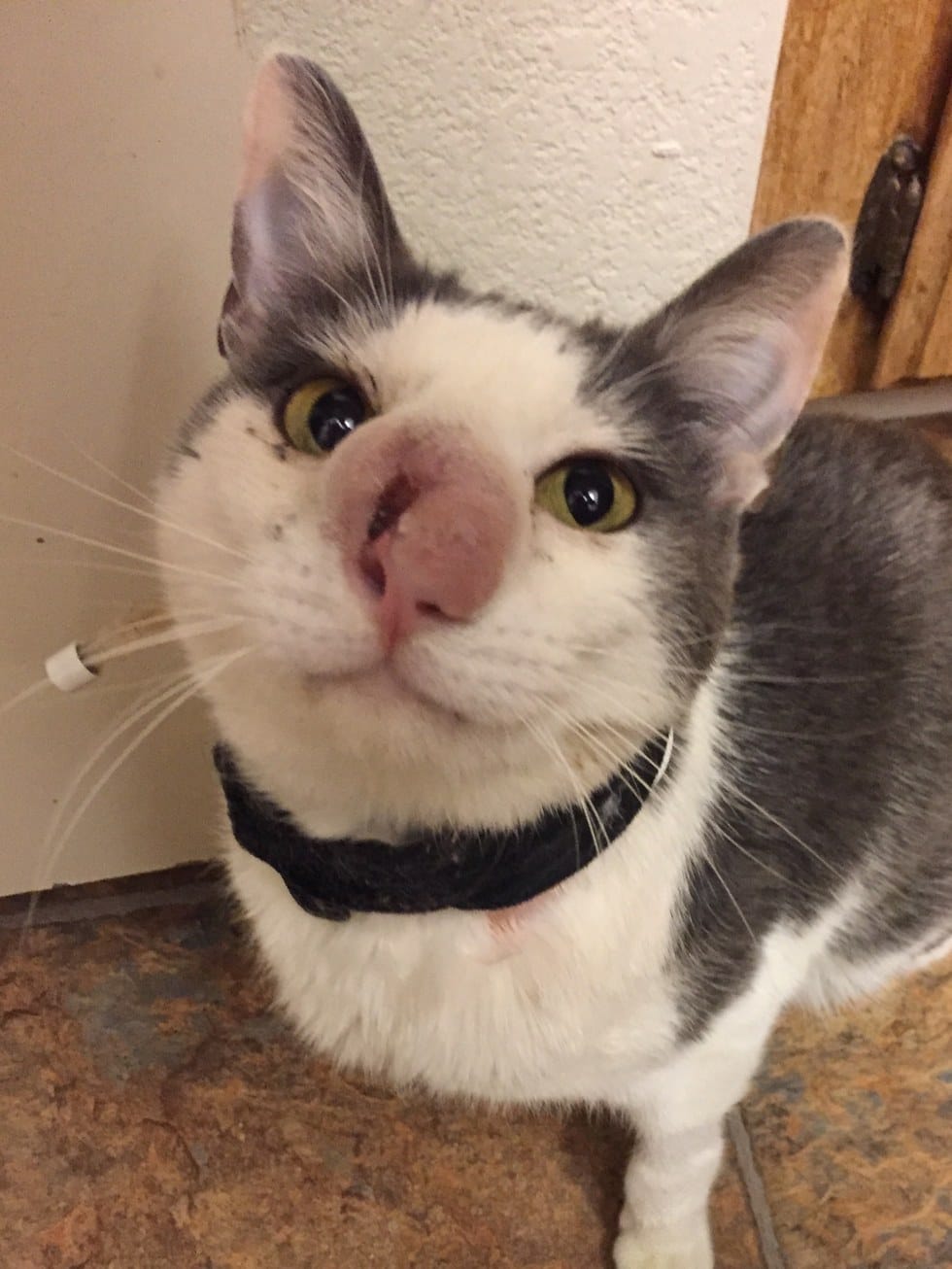 Unfortunately, the man couldn't afford to pay for his treatment and didn't have the space to keep him, so he entrusted Skimble to Milo's Sanctuary.

They took him to the vet where they discovered he had a fungal infection called cryptococcosis. This disease is the most common deep fungal disease in cats and can often be fatal.

It is most often caused after breathing in the fungus, which can often be found in pigeon feces. 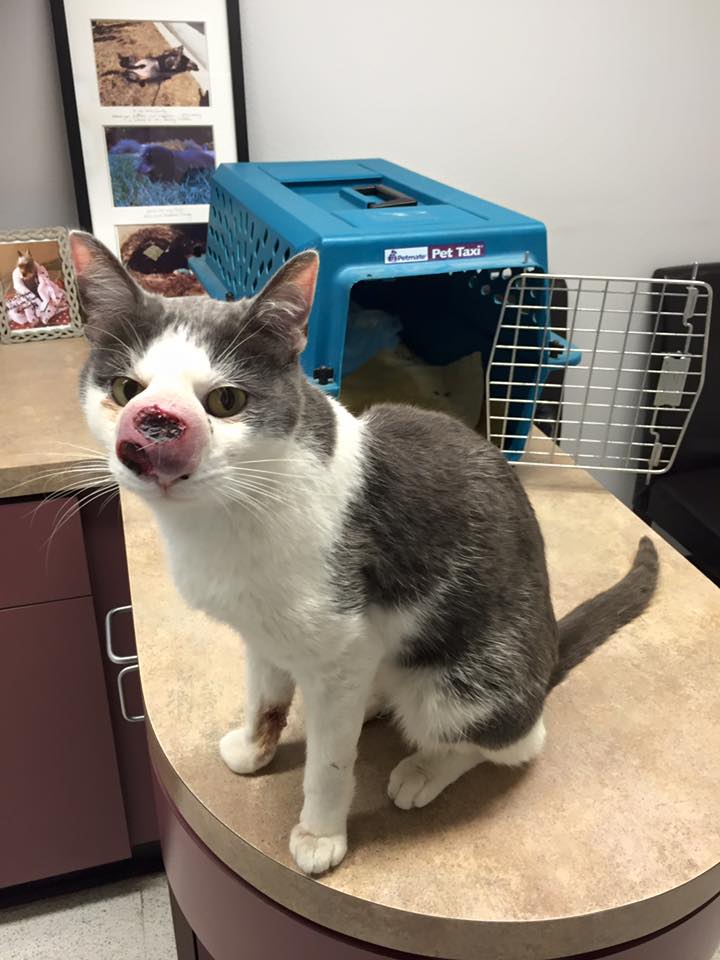 Thankfully, treatment does exist for this disease even though it will never fully be out of his system.

He had to be put on a feeding tube because he couldn't eat normally.

This little guy is amazing he takes everything in stride – he never fusses or gets upset. When it's tube feeding time he climbs happily into his caretakers' lap and purrs and makes biscuits the entire time.

His medicine is extremely expensive, costing about $120 per month, plus a regular blood test. Many other shelters refused to take Skimble because of the high costs involved, but Milo's Sanctuary refused to give up on him. 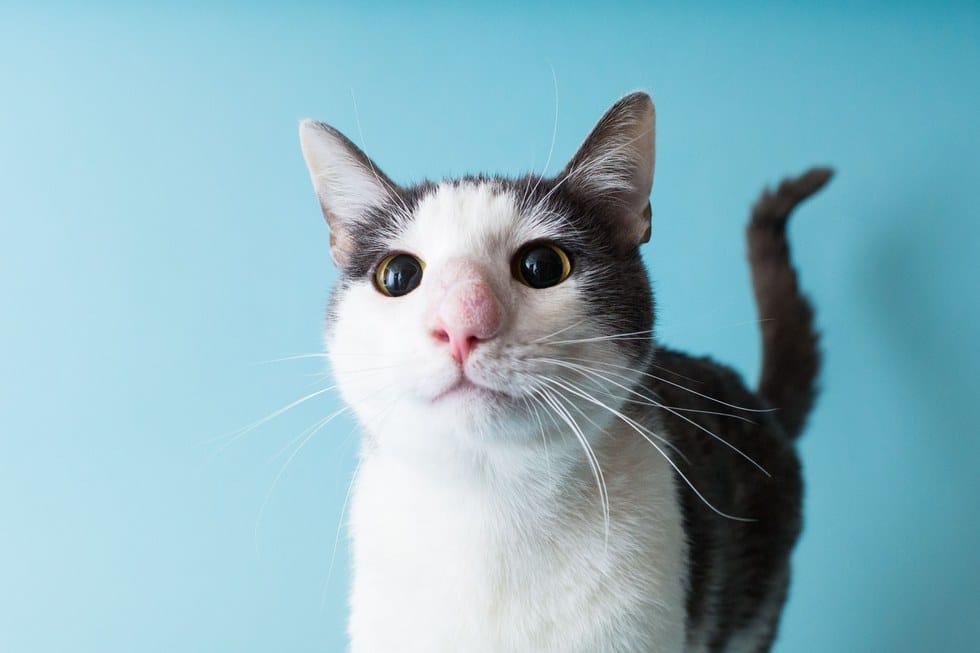 Thankfully, they didn't because the cat has made an incredible transformation!

He's worth every penny.

The sweet feline is loving and friendly, and despite being in need of life long care, he can know that he will always have people there to take care of him. 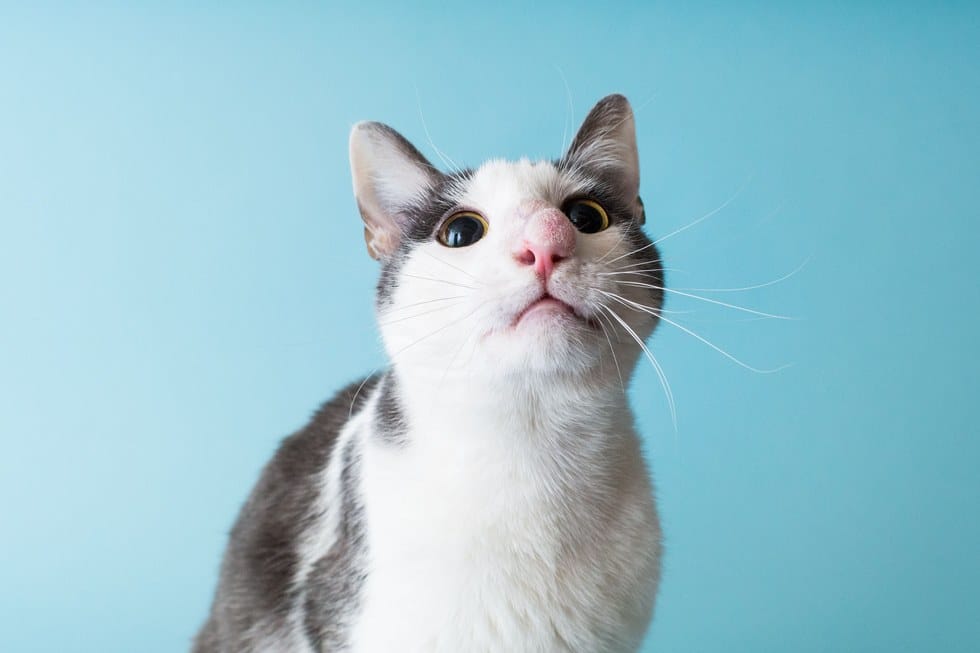 If you would like to donate to help Skimble Skypaws, you can sponsor him, here. You can also see updates on the adorable cat on the Milo's Sanctuary Facebook page.