It's often a hard road for senior animals who need to be adopted. So many potential adopters are looking for younger animals, so when a senior has his age and a medical issue going against him, it's especially difficult.

This was the case for one cat stuck in a high kill shelter in Michigan, reports The Dodo. Apollo had been at the shelter for two months and had yet to be adopted. The workers had taken pity on him, so he had yet to be put down, but it wouldn't have been too much longer. 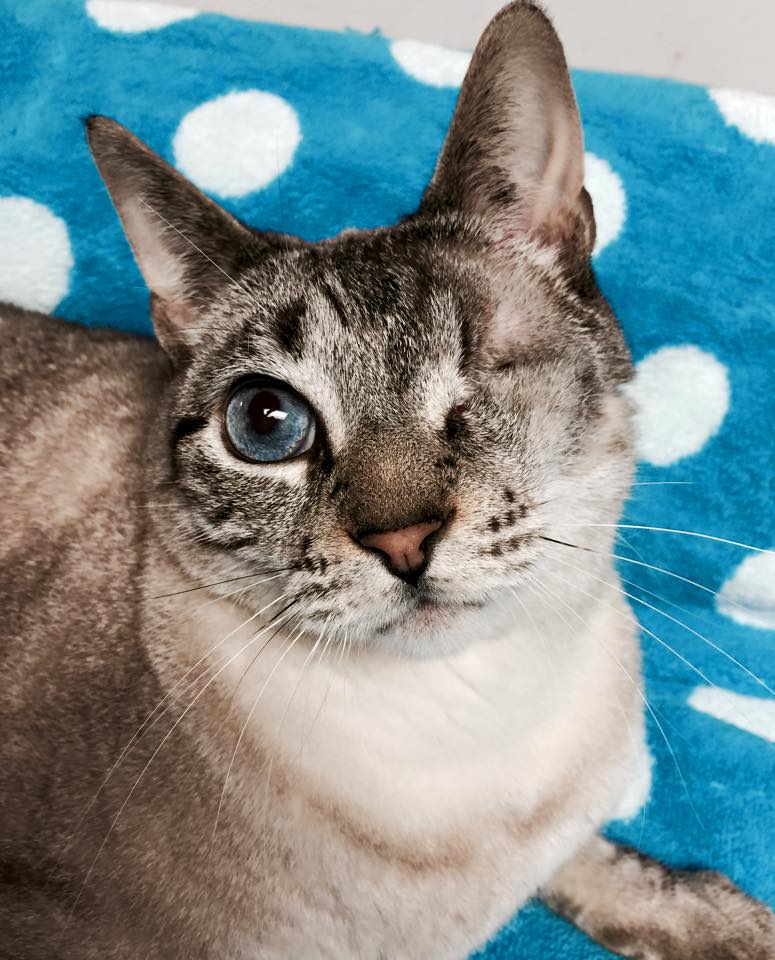 That's when Nancy Hutchinson saw him. She runs a foundation called Michigan Cat Rescue. She pulled him out of the shelter and took him in for fostering with the intention of finding him the perfect family.

He had had a perfect family once upon a time. His human was an elderly woman who loved and took good care of him, but she unfortunately had to go into a nursing home.

When Hutchinson finally got Apollo home, his health started to rapidly deteriorate. He developed an upper-respiratory infection, pneumonia, and an eye infection. 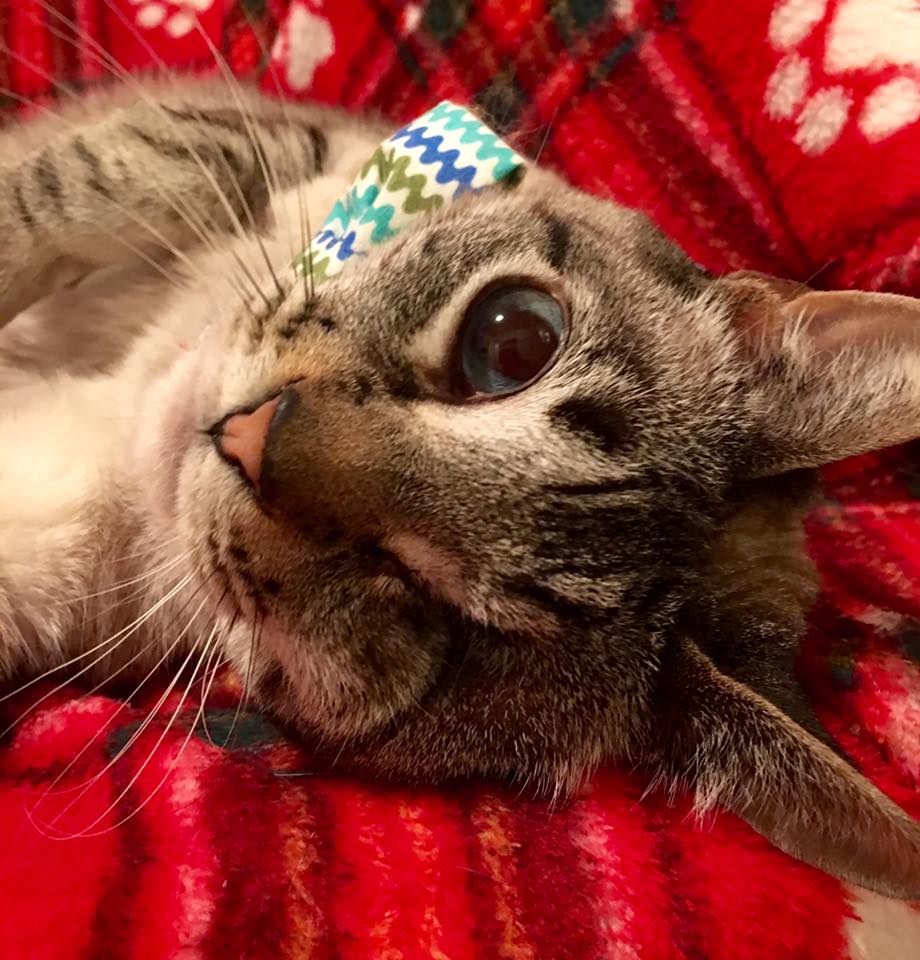 She rushed him to the vet, but none of the treatment was working. Eventually, his eye burst.

The senior cat became a senior cat with one eye, making his prospect for adoption that much more challenging. Hutchinson told The Dodo:

I recall one time in particular a lady came up to him at an adoption event. He was sitting in a cage and she told him to his face that he was ugly. I truly believe that he understood her because he put his head down. I could tell that he felt bad and it made me cry. 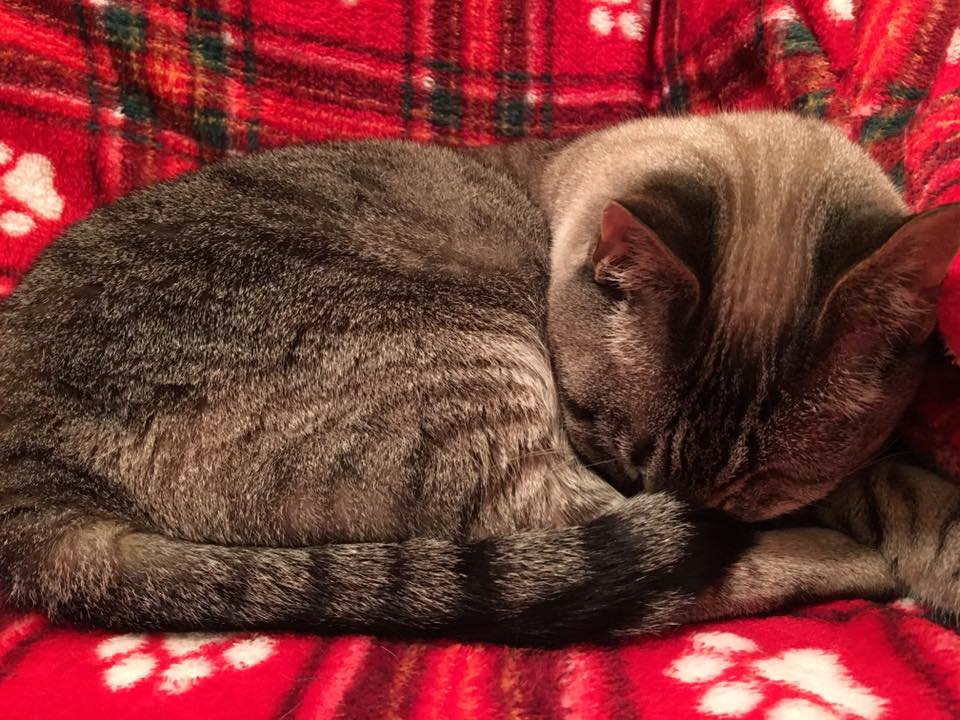 The rescue founder decided to take desperate measures to find the sweet boy a home. She decided to pay for a boosted Facebook adoption post.

The post ultimately reached almost 130,000 people, and the applications started pouring in. Despite her desire to get Apollo adopted, she used extreme vetting to make sure he would go to the best possible home. 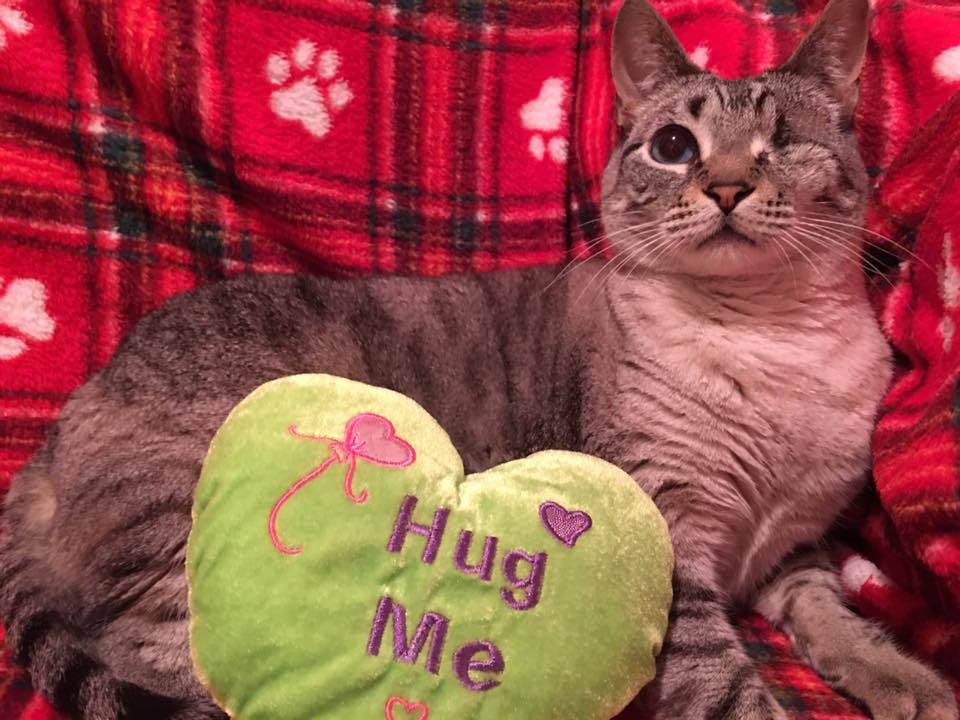 We're very selective about who we give our cats to. We want to make sure they stay indoors and go to a nice family who's going to take care of them. Otherwise, we do all this for nothing.

When she saw the application from a woman named Denise, it made her stop in her tracks.

I don't know what it was, but I just started crying and thought, 'This is the one.'

She was in her fifties, financially secure, living alone, and was absolutely in love with Apollo. 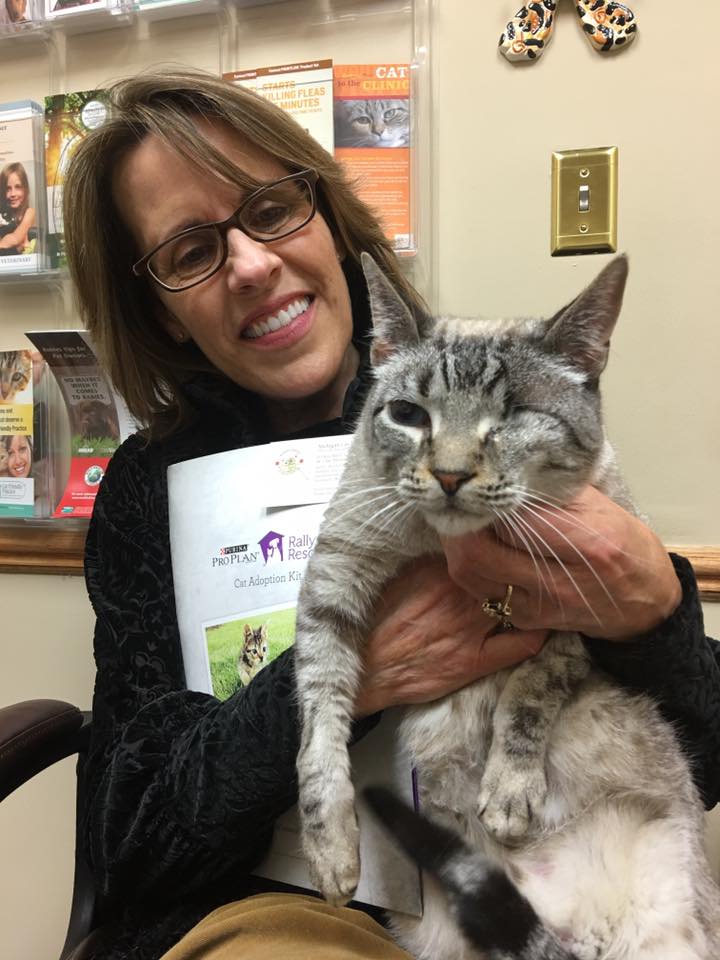 After two years the lucky cat has found his forever home, and he couldn't be happier. He sleeps next to her at night and waits for her at the door when she comes home from work.

So many cats are like Apollo who need someone to come along. They're not perfect cosmetically, but they have beautiful hearts, beautiful souls and truly deserve a second chance.

So many animals like Apollo are still waiting for adoption. If you would like to adopt from the Michigan Cat Rescue, you can do so through their Facebook page. You can also adopt a pet from your area through Petfinder.