In January, a stray ginger cat brightened up the day of elementary school children in Izmir, Turkey, when he decided to join them in the classroom.

Now affectionately named Tombi, the cat first popped up on the grounds of the elementary school and spent a few weeks pottering around the school garden, as reported by The Dodo.

Despite being a stray, Tombi was always confident and friendly, and soon began attending classes. 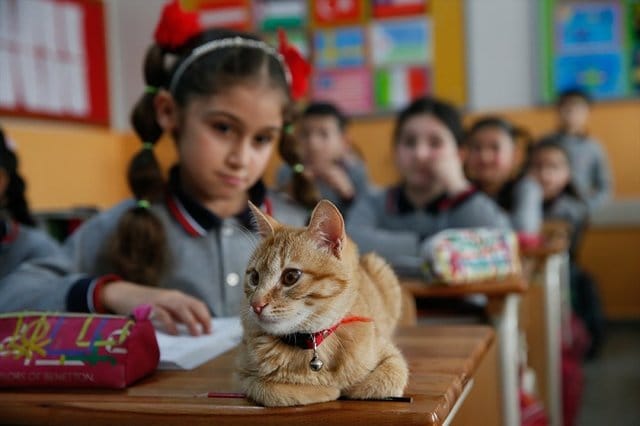 Third-grade teacher Özlem Pınar Ivaşcu was surprised by the new pupil in her class. She told The Dodo:

He came into our classroom. The children liked him very much.

This means that Tombi now has a warm, safe place to live and lots of people to play with. 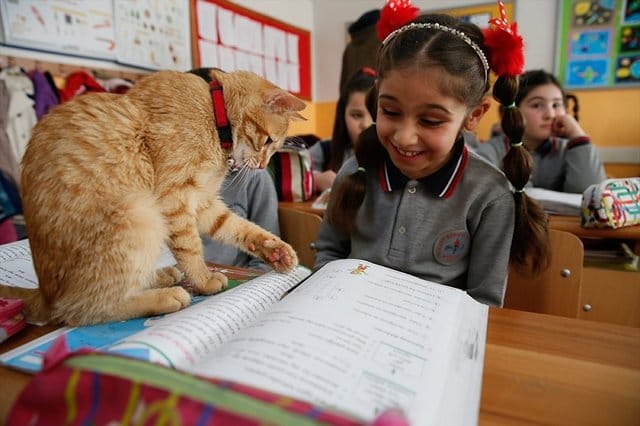 Ivaşcu and the children make sure that Tombi never goes hungry or thirsty, and Ivaşcu has even taken him to the vet to get him vaccinated.

Though Tombi could easily have turned out to be a distraction, Tombi was quick to make friends at his new school, and even helped the children focus in class. 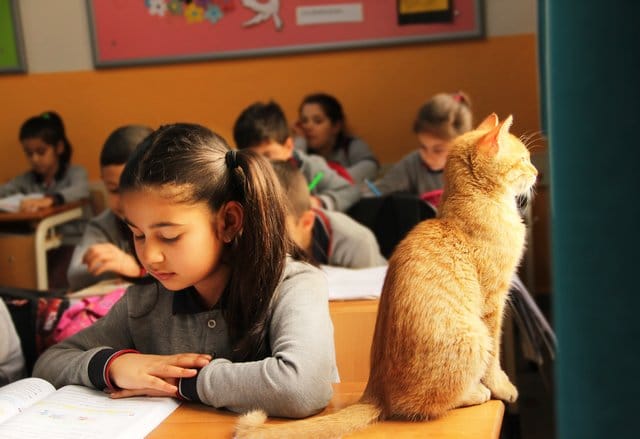 Ivaşcu found that caring for Tombi gave the children a sense of responsibility, and a new way to get engaged within their learning environment:

The children come on time to school, and they are taking care of Tombi. This is good for them.

However, not everyone was happy for Tombi to be a part of the class.

One parented complained to school administrators about Tombi being a health risk, and Ivaşcu was told to remove Tombi from the class.

Everyone was sad to see him go – and Tombi wasn't happy to leave either, even though Ivaşcu did her best to find him a good new home: 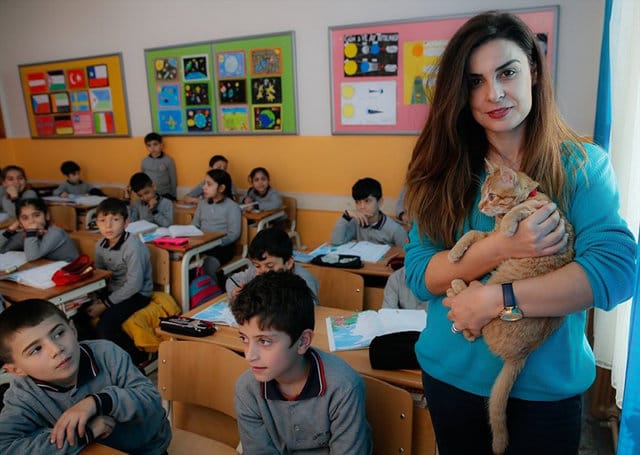 We found a home for Tombi and he stayed three days there, but he was not happy. He stopped eating, so I took him in at my house, but also here he was not very happy.

Tombi's schoolfriends even wrote him letters to perk him up. 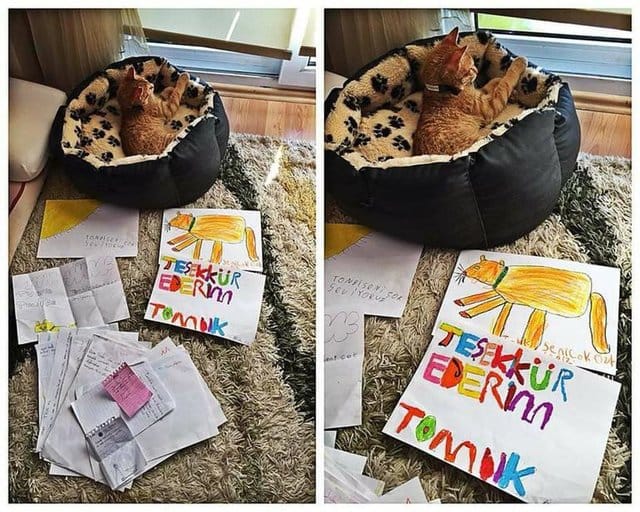 But when she saw Tombi wasn't improving, Ivaşcu decided to take more drastic action, and launched a social media plea. She told The Dodo:

The story got a lot of attention and support on all TV news. I had a lot of support from many people, including from my manager and the director of education in İzmir.

Finally, after the parent in question withdrew her complaint, officials gave their permission for Tombi to return to the class. 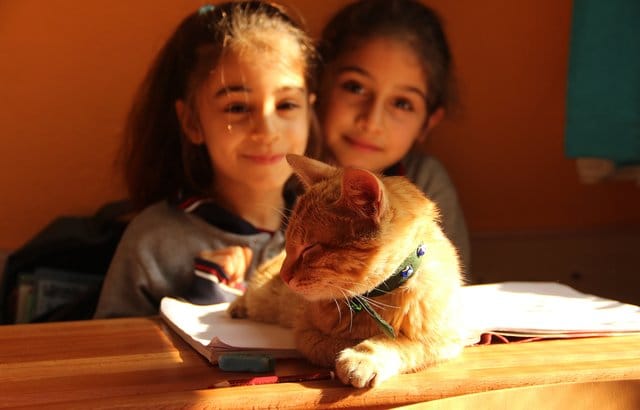 His heartwarming story has inspired others around the country, and a campaign for every class in Turkey to have a cat of their own is gaining more and more ground.