Samuel is a young black and white cat living with Ryan Smith. He is affectionate, handsome and very fluffy – and he loves his home and his dad.

But life wasn't always so good for Samuel. 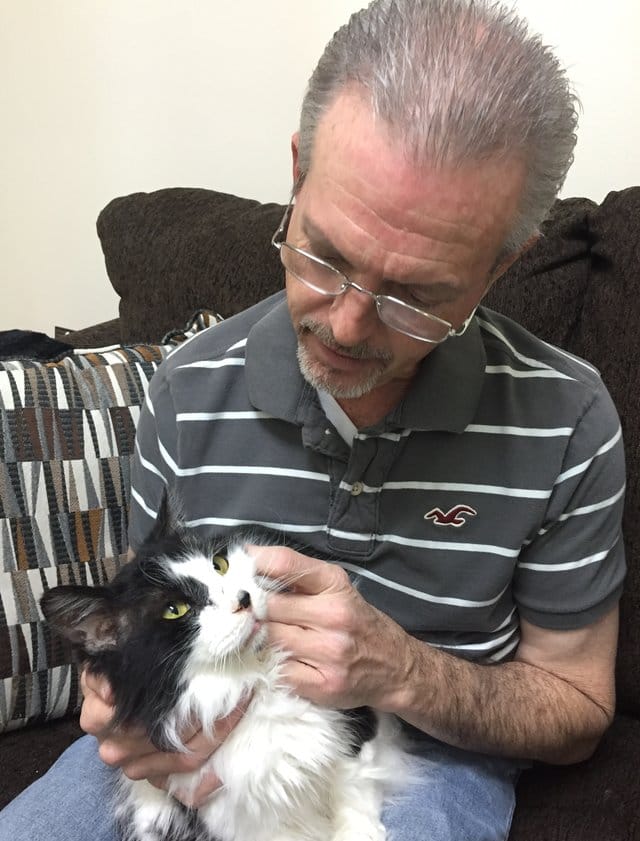 Tragically, this cat spent the first two years of his life confined to a cat carrier.

When rescuers at the BARC animal shelter in Texas, he was drastically underweight and blind because his eyes were swollen shut by mange, as reported by The Dodo.

He was also suffering from feline immunodeficiency virus (FIV) – a condition which vets knew would make it very hard for him to find a new home.

He was so ill that rescuers expected to have to put him to sleep in the coming hours. 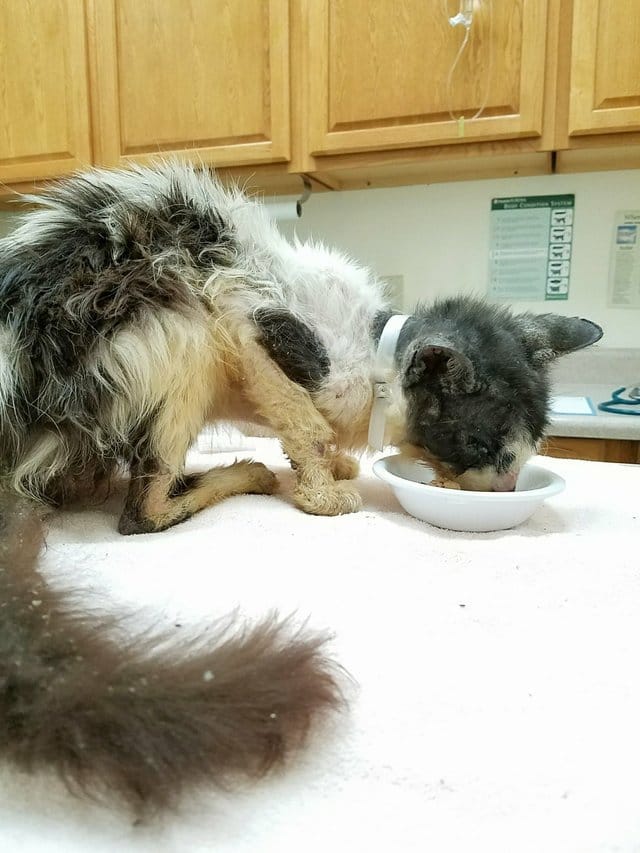 Leslie Raines, a vet in the Houston area, was moved by a picture of Samuel posted by a BRC employee:

Somebody had posted a picture of a really skinny cat that had tested positive for feline immunodeficiency virus (FIV). I knew that wouldn’t give him a good start at trying to get out of the shelter, and he just looked so pathetic. So I posted to some of the rescue groups saying that if I could get backing I would foster him.

Thanks to Raines's plea, rescuers with Save A Purrfect Cat Rescue (SAPCR) took Samuel in, saving him from euthanasia.

Then began his long road to recovery.

Samuel was fed and watered, and his severe mange was treated.

Steadily, he began to put on weight – but it was his confidence that took the most time to recover.

As he started coming out of his shell more and more, it was as if he had to learn how to be a cat. He didn’t know how to play. If you put him on a piece of furniture he would get down, and walking on the floor was like hot coals. 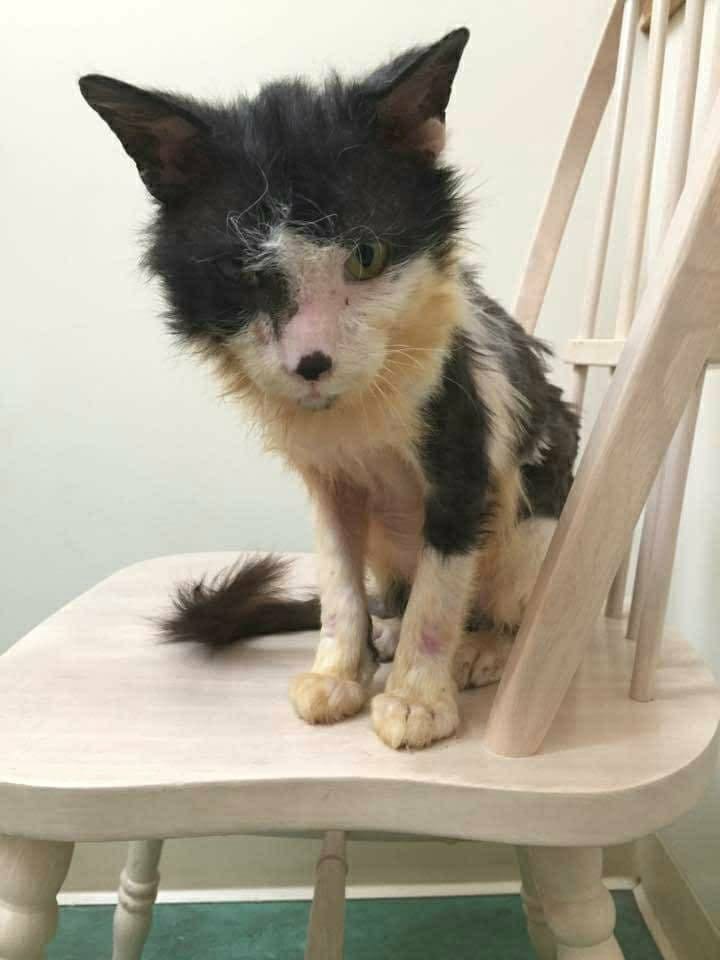 Due to his fear of strangers, Samuel was fostered by Raines for over a year.

Until one day, Bryan Smith walked through the door.

Raines recounted their first meeting to The Dodo:

The day I met Bryan, we brought [Samuel] up to the clinic, and Bryan just sat down on the floor next to the kennel and started talking to him. The look on Samuel’s face was completely different than it had ever been — he just relaxed. Bryan just had such a calm demeanor and was OK with moving slowly. 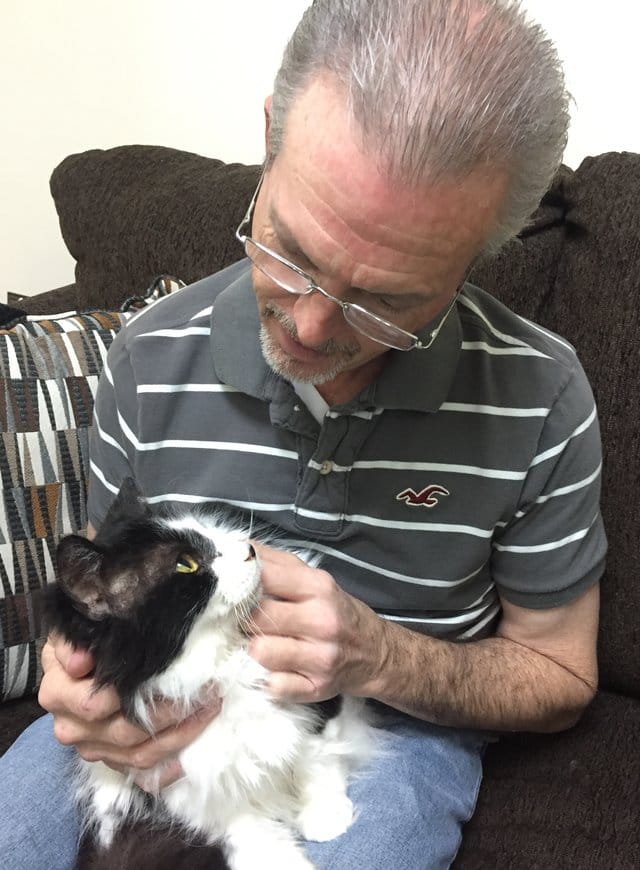 Samuel didn't hesitate to tell Raines how much he liked Smith:

At one point [Sam] came over and mewed at me, and then he walked over to Bryan. It was as if he was telling me, ‘This is it'.

Samuel is now surrounded by love and care, and together he and his dad are taking each day as it comes.