On Tuesday, August 8, Jazz, a 15-month-old-cat, was the victim of a horrific attack. The cat often took herself out on walks during the night, but on this occasion, she was found by her human, against the fence in her neighbor's garden, with two paws chopped off.

We fed Jazz on Monday around 10 pm, but the next day, she didn't come back home, which is very out of the ordinary for her. I heard meowing and found her at my neighbor's house, against the fence that separates our houses. This poor girl was trying to move by moving her back paws, the only ones she had left. She could barely move at all in that state. We have never had any trouble with the neighbors. 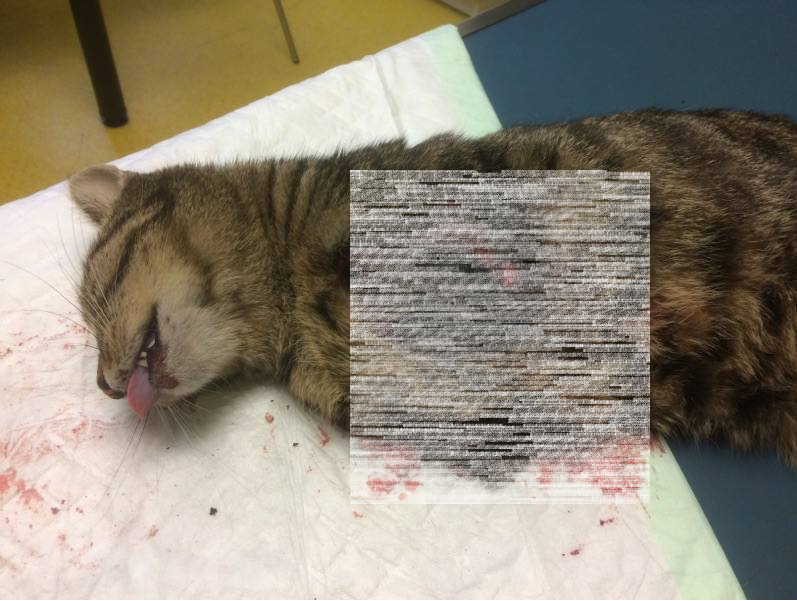 Jazz's owner had always had a good relationship with the neighbor in question and so they are not a suspect.

Catherine immediately brought her feline companion to the nearest veterinary clinic, which sadly had no other choice than to euthanize the severely injured animal. Dr. Catherine Grossetête, one of the veterinarians that treated the cat explained:

Somebody purposely cut off her two paws, I can't see any other explanation. Her paws were removed close to her shoulder almost as tidily as if a professional had amputated them. I can't think of what could have caused someone to do this, particularly in such a symmetrical way, it can't have been a trap, nor a car or train accident, because the rest of her body had no injuries at all. In 22 years of my career, I have never seen something like this…

The Colmar SPA, from where the cat was adopted in September 2016, shared the tragic information and started an appeal for information. Jazz's owners have placed a formal complaint, launching a police inquiry into the shocking incident.