On July 22, a shocking scene took place in Foios, a small town in the east of Spain. During the traditional event, the toro embolado, a terrified bull whose horns were on fire took his own life by charging into a pole, breaking his neck on impact. 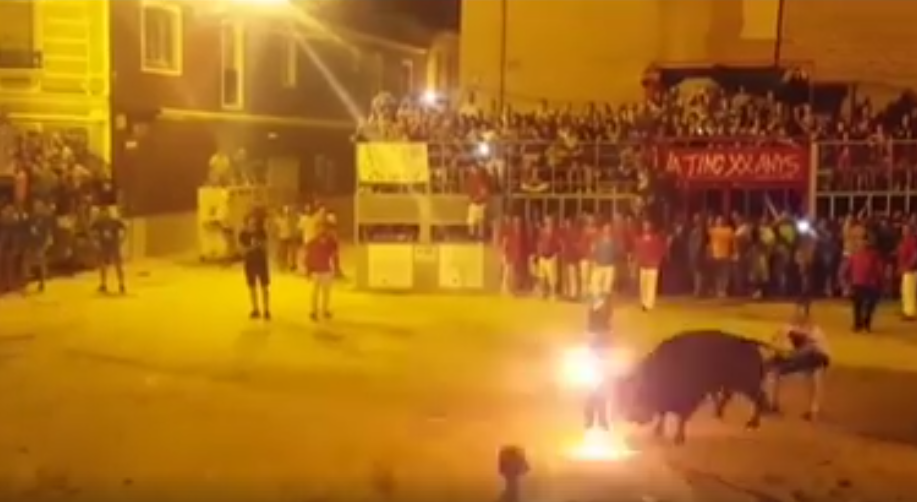 The traditional event involves attaching flammable objects to a bull's horns before freeing the animal to run around the streets during the night, horns ablaze. 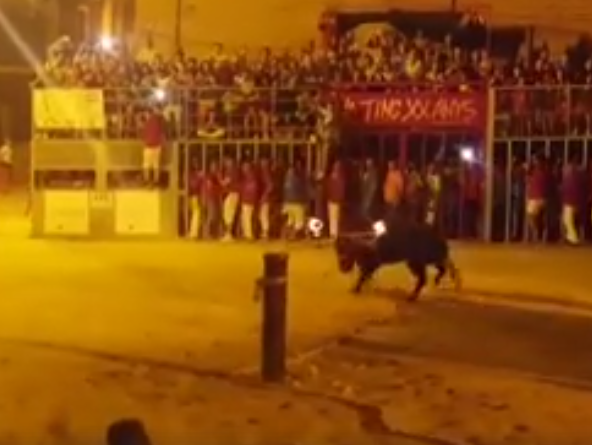 While bulls are not technically hit, hurt or harmed during this 'show', multiple animal defense organizations have condemned the practice, as it is rooted in causing an animal suffering by terrifying them for the amusement of the public. 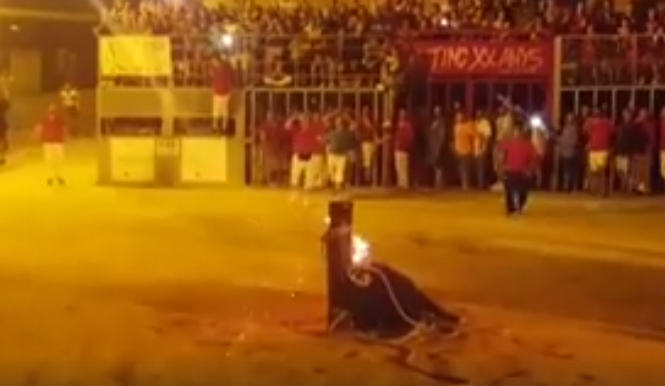 This year, however, it was not amusement that filled the arena, but surprise and utter incomprehension. With his horns on fire, the bull tried to free himself from the rope attaching him to a pole before charging at it full force. Killed immediately by the impact, he fell to the ground, to the utter bewilderment and horror of the public. 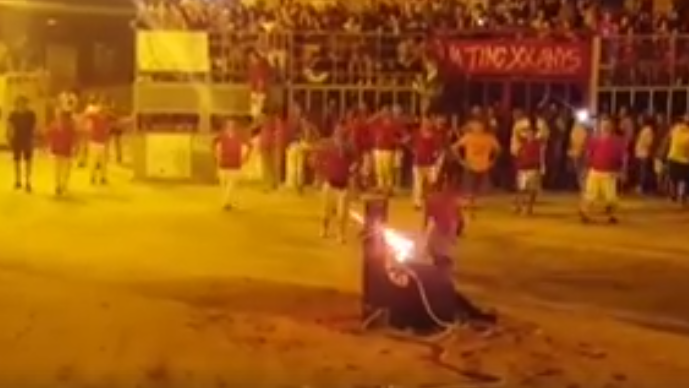 A shocking video of the event was shared on Facebook by  Bulls Defenders United, an animal defense organization, and has now been viewed more than one million times, causing outrage online.

Public opinion regarding bullfighting is beginning to change, even in Spain where the event is rooted in tradition. Recently, the Balearic islands banned the killing of bulls in fights, as was already the case in Barcelona and around 40 municipalities of Catalonia.

However, 'shows' that involves bulls, such as the toro embolado, are not widely understood. Attitudes are changing, and while it will take time, these cruel events will soon be a thing of the past.