In April, police in Baume-des-Dames in France discovered that a breeder had been grossly neglecting 14 American Staffordshire Terriers and leaving them to starve.

A few months earlier, individuals had contacted the police with information about the terrible living conditions as well as the poor state of the dogs' health. The SPA (Society for Protection of Animals) was notified as well as 30 Millions d'Amis, a French foundation dedicated to protecting animals. 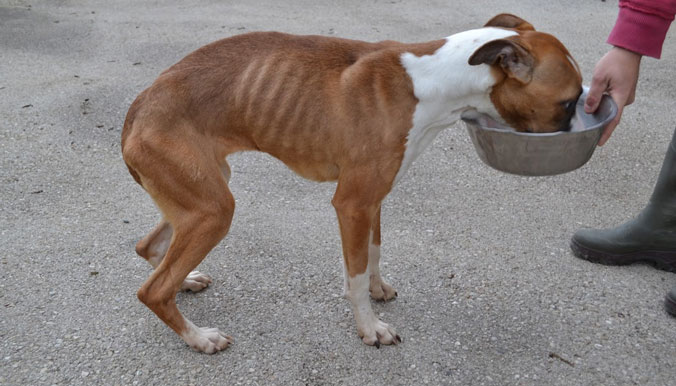 Unfortunately the first intervention by the SPA in December 2015 was not a success and these animals were not granted justice.

But a few weeks later, the other breeders passing by the property were shocked to discover a dog's corpse in the barn alongside a dead cat abandoned in a dustbin. They immediately informed the police.

This sped things up. On April 3, the police intervened, accompanied by members of the SPA and 30 Millions d'Amis.

They went from surprised to terrified in a heartbeat. The dogs were starving and locked in tiny cages in the garage or the attic. The 14 American Staffordshire Terriers – seven adults and seven puppies – were gaunt, dehydrated and living in their own excrement.

Vincent Pfieffer, the director of the SPA in Chalezule, a nearby town, told local news France Bleu :

Most of the dogs were living in darkness in minuscule cages full of excrement. The house was a real dump, as if a sewerage truck had been emptied inside.

"She's off the rails"

Trying to justify herself, the breeder responsible said that she had wished to stop breeding. Pfieffer continued: 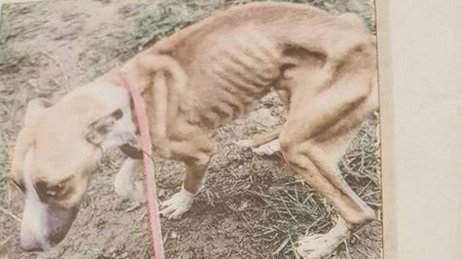 Miraculously, the 14 pups could escape this slow and painful death. One of the dogs who was particularly emaciated had to spend a number of days at the veterinarian's office in order to gain back het strength.

Ten of these dogs have been sent to 30 Millions d'Amis' Tuilerie shelter and the others are in the SPA shelter in Chalezeule to be put up for adoption.

The woman has been charged with abandonment and cruelty against animals and is awaiting her trial. A petition has been launched on Change.org to call for a prison sentence, and has already gathered lore then 114 000 signatures.

To support the work of the Foundation 30 Millions d'Amis, click here, and click here to make a donation to the SPA.