K9 Casper is a very special service dog. His loyalty touched the hearts of animal lovers everywhere when he took a bullet for his partner earlier in May in Palm Beach, Florida. 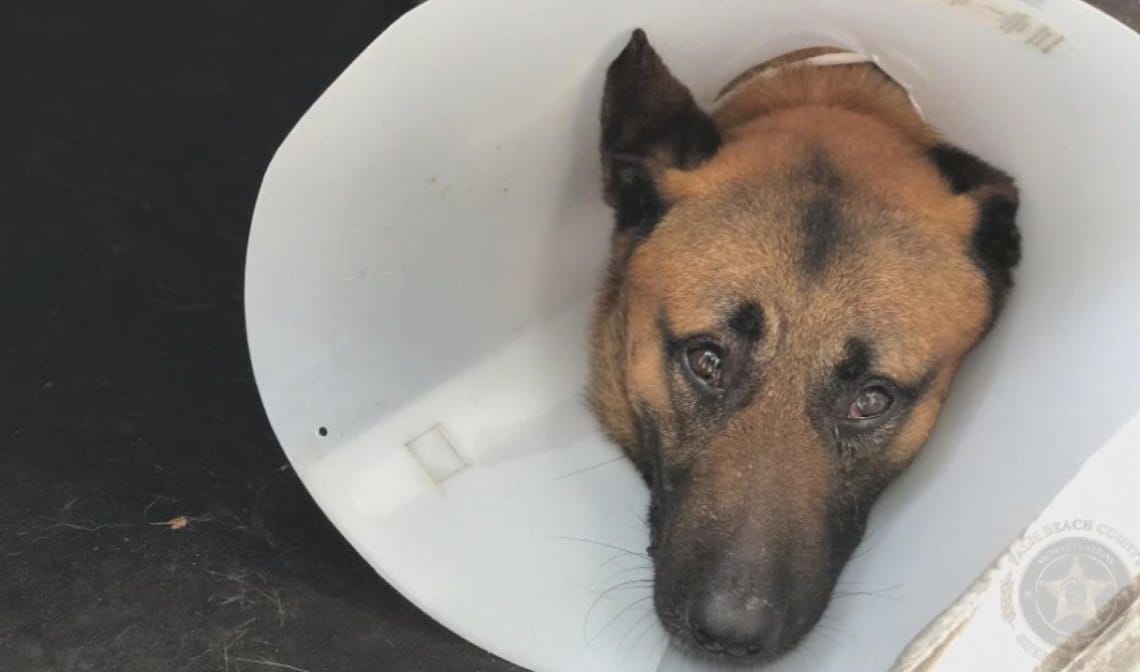 Officers were involved in a dangerous crossfire when they tried to apprehend Philip O'Shea, a 46-year-old man with a warrant out for his arrest. He was suspected of motel robbery in North Carolina, and as police approached the suspect, he began to fire his weapon.

He then entered into a car chase with officers, firing his gun as he did so, causing the police to retaliate. Sadly, O'Shea was killed in the gunfire and Casper was hit by one of the bullets. The bomb, swat and patrol dog was willing to do whatever it took to save his partner and succeeded in doing so. All of the officers made is safely out of the potentially fatal situation thanks to the K9. 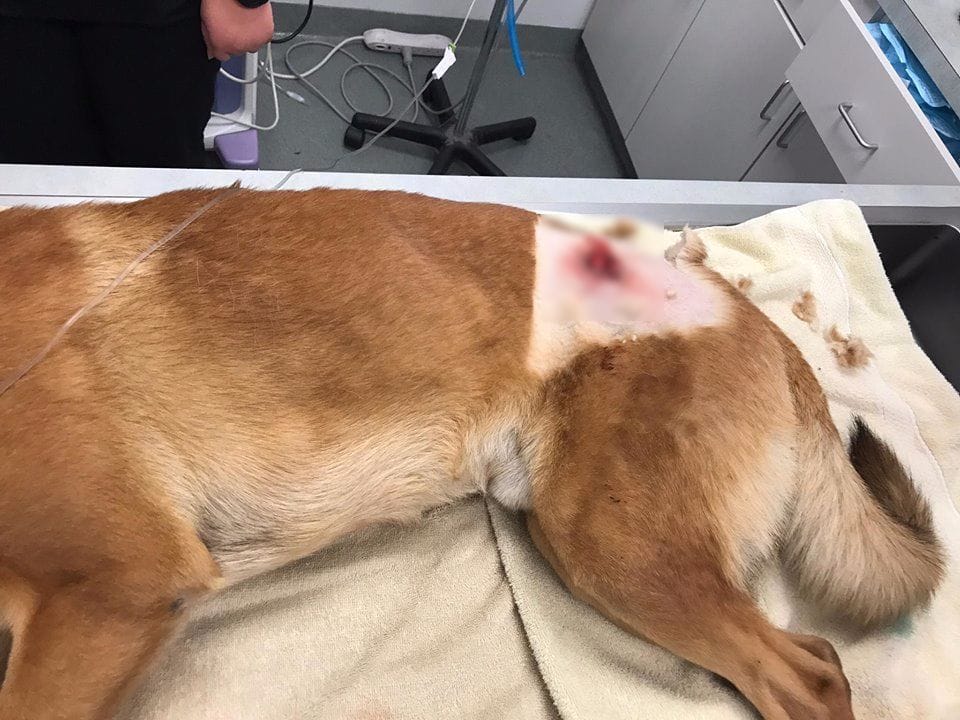 The loyal dog was shot near his left hind leg and was rushed to Palm Beach Veterinary Specialists animal hospital.

Casper was extremely luckily, and the bullet managed to miss all of his vital organs meaning that he did not sustain any life-threatening injuries. Veterinarians quickly stabilized his condition and removed the bullet. 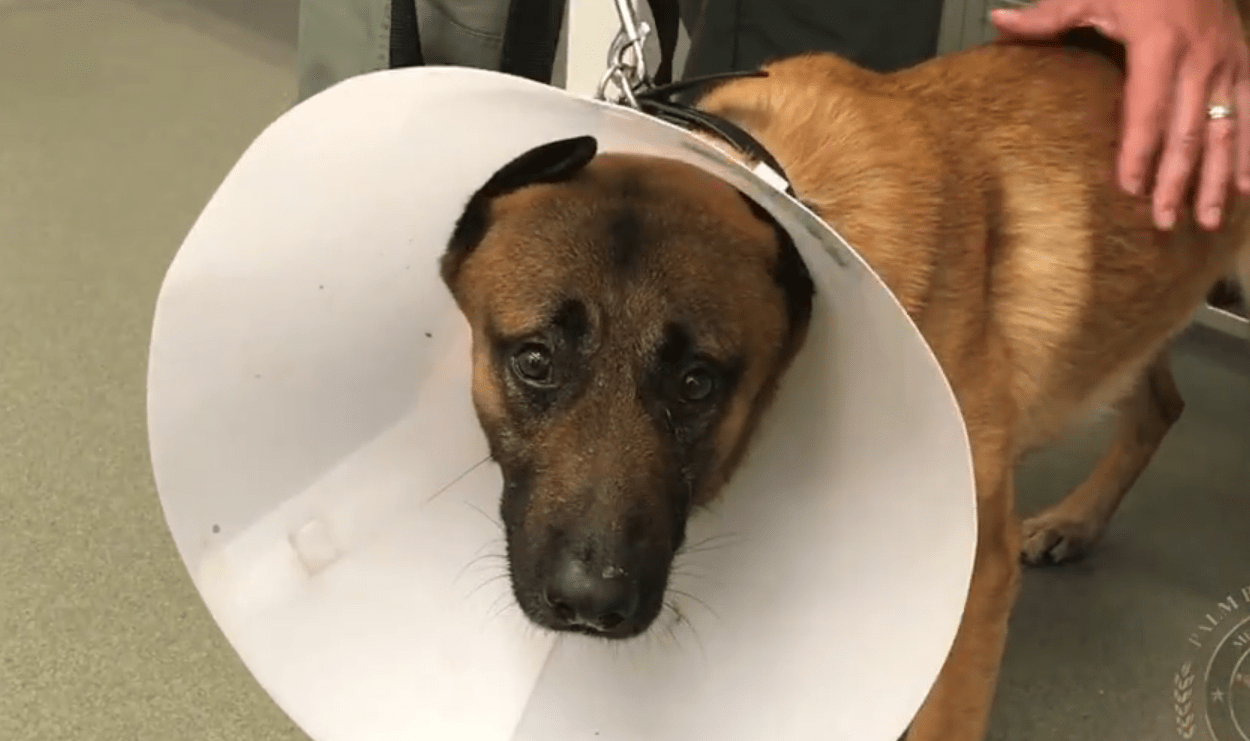 Amazingly, the brave canine, who had previously been used as a protection dog for the president, was discharged later that day and returned home where he is continuing to recover.

To find out more about Casper's incredible bravery, watch the video below:

K9 Casper Returns HomeK9 Casper returns home after taking a bullet that was meant for his K9 handler.