A 7-year-old Labrador called Frida has melted hearts all around the world after photos of her working tirelessly to save lives during the earthquakes that shook Mexico last week spread on social media.

Dressed in her special uniform – an army vest, boots to protect her paws on the harsh rubble and protective goggles – Frida has become an easily recognizable figure in both her native country and many others, thanks to Twitter. 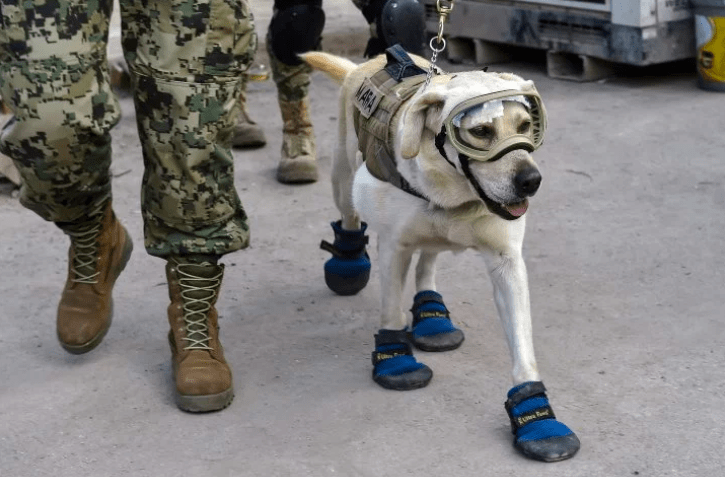 The courageous pup, along with a team of 14 other dogs and their handlers, is part of a group deployed by the Mexican navy whenever there is a national disaster. Their job is to search through fallen buildings for survivors. Frida herself is responsible for rescuing 12 people during last week's earthquakes, in which 360 people are believed to have died. Over her career, she has saved 52 lives.

It's no wonder then that Frida has been so popular online. From tweets, to memes…

…and even to art, she has captured the hearts and the imaginations of thousands of people with her bright smile and bravery.

She, along with her handler and other first responders, were given a hero's welcome when they returned home from their rescue efforts. Even the president of Mexico, Enrique Peña Nieto, thanked the intrepid canine in a tweet!

Search and rescue dogs are incredibly important after disasters, both natural and terror-related. In the chaos that follows these tragedies, these canine's ability to hear and smell things that humans can't make them indispensable when finding survivors, or the bodies of those who die.

They even reportedly double as therapy dogs for people who become traumatized by what they've been through or seen. Rescuers and victims alike can find comfort in a happy face and a a wagging tail. 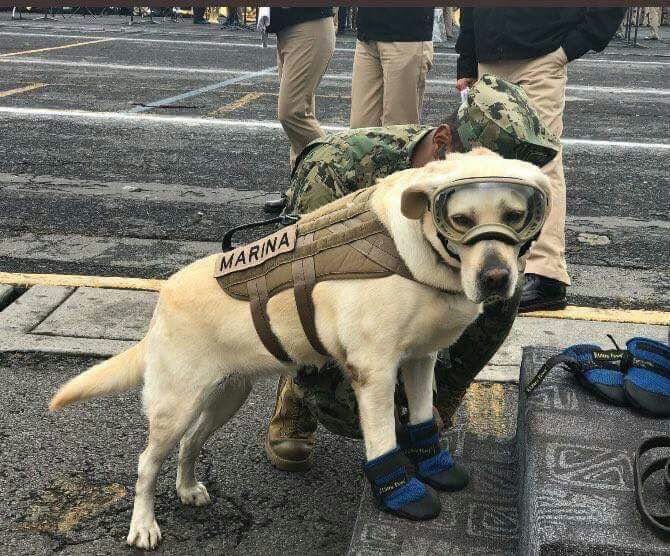 While rescue and clean up efforts continue, the work of dogs like Frida will go on for some time. If you would like to donate to help the rescue efforts in Mexico, please donate to Oxfam Mexico, the ICF, or any reputable charity you can find which aims to offer relief to victims.