Weeble is a truly remarkable dog. He suffered a serious trauma in Bucharest, Romania, after he was hit by a car, that left him close to death.

Luckily, one woman, Sorana Elena, refused to give up on him. 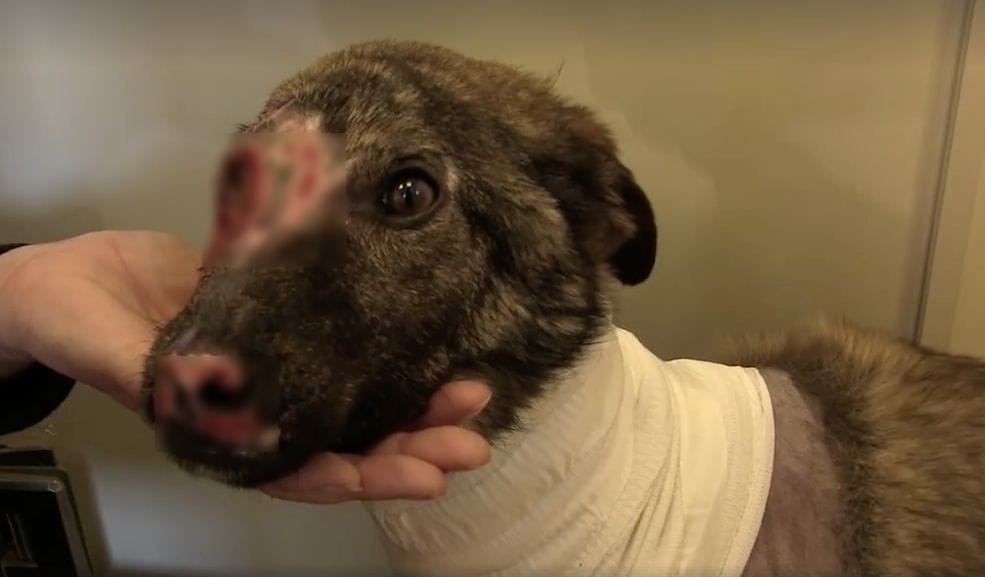 The kind lady received a call in April alerting her to the presence of an injured dog that had been living on the streets for weeks.

She immediately rushed to help Weeble and was horrified by the state he was in. He had sustained serious and inoperable injuries to his front legs and needed urgent care. 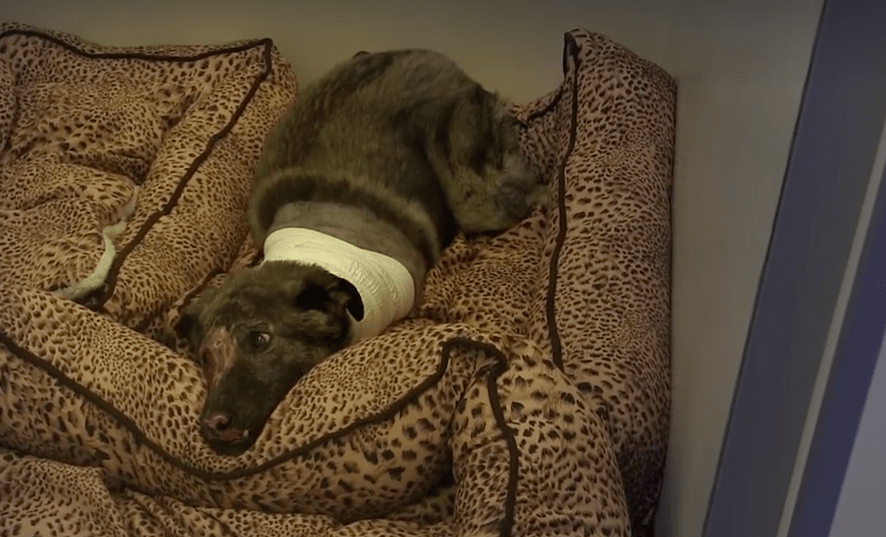 When Sorana arrived, the dog had been covered in plastic film to protect him from the rain and must have been fed by a kind resident as the canine was not able to fend for himself.

However, he had been left completely without veterinary attention.

Sorana Elena brought the brave animal to vet Dr. Aurelian Stefan, who was willing to take on the challenge of saving Weeble. 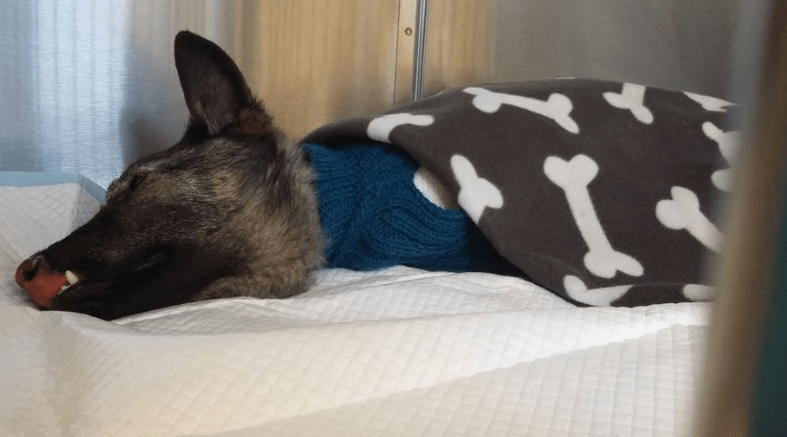 The generous woman described that at no point was euthanasia an option for her in a video with Green World TV:

I had no feeling to put him to sleep when he struggled so much and he fought so much to live and to survive […] He's so positive; he's so loving.

Sadly, his front legs could not be saved and were amputated shortly after his arrival at the hospital. 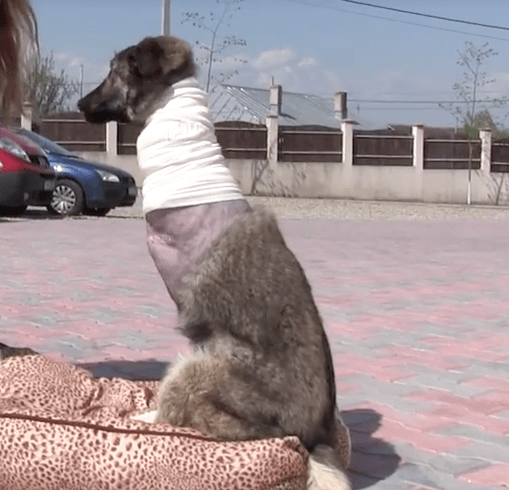 However, the canine is young and adaptable, so Sorana and Dr. Aurelian Stefan are confident that the determined dog will learn to walk on his hind legs and the canine has already made impressive progress. 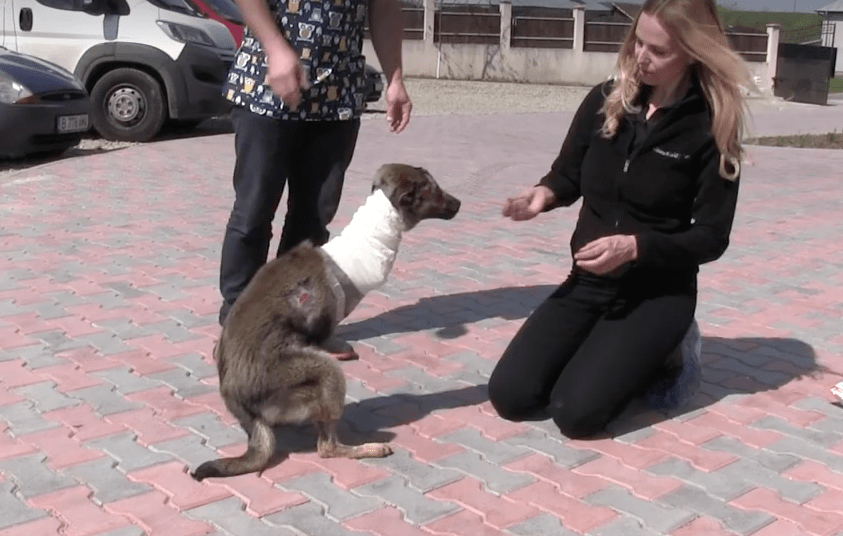 Weeble is still recovering from his injuries, and the vet predicts that it will be another month before the canine has fully recovered, but he is already becoming a happier and more lively dog. 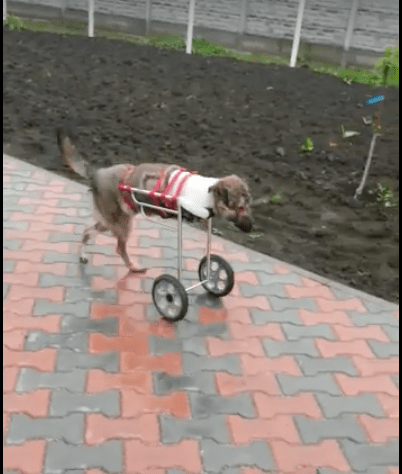 Additionally, volunteers have provided the animal with a wheelchair to help him get around and get back outside.

If you would like to help Romania Animal Rescue, who supports the veterinary center where Weeble was treated, you can make a donation by clicking here.