On Thursday, July 6, two animal rights activists descended upon the Pampelune arena, Spain, and entered the arena in the middle of a bullfight, to comfort a bull in his last moments and interrupt the tradition. 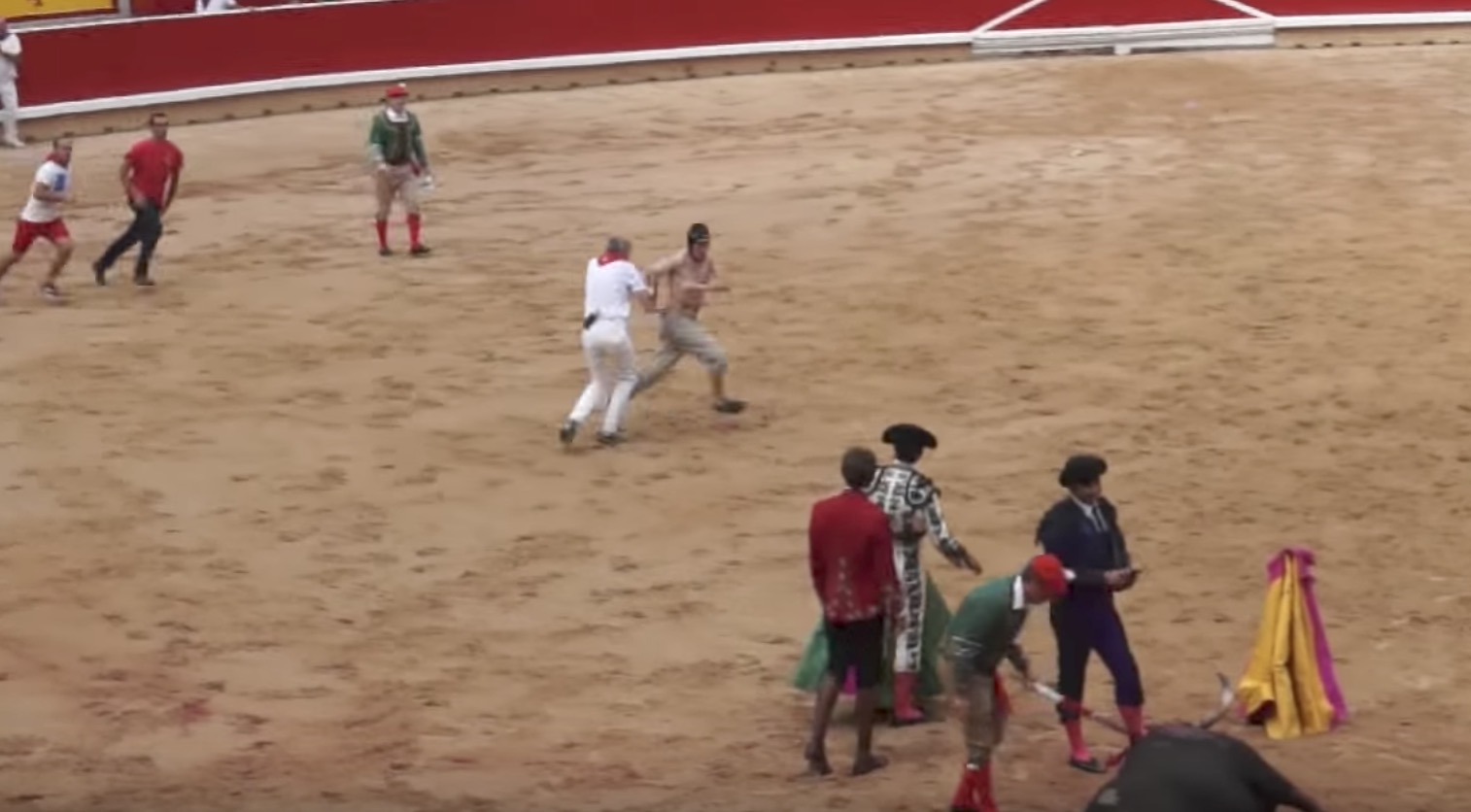 The animal rights defenders, who belong to the animal welfare association Vegan Strike Group, managed to stay in the arena for several minutes.

One of them laid himself alongside the dying bull to comfort him while the other brandished a placard with the words « Stop corrida.» 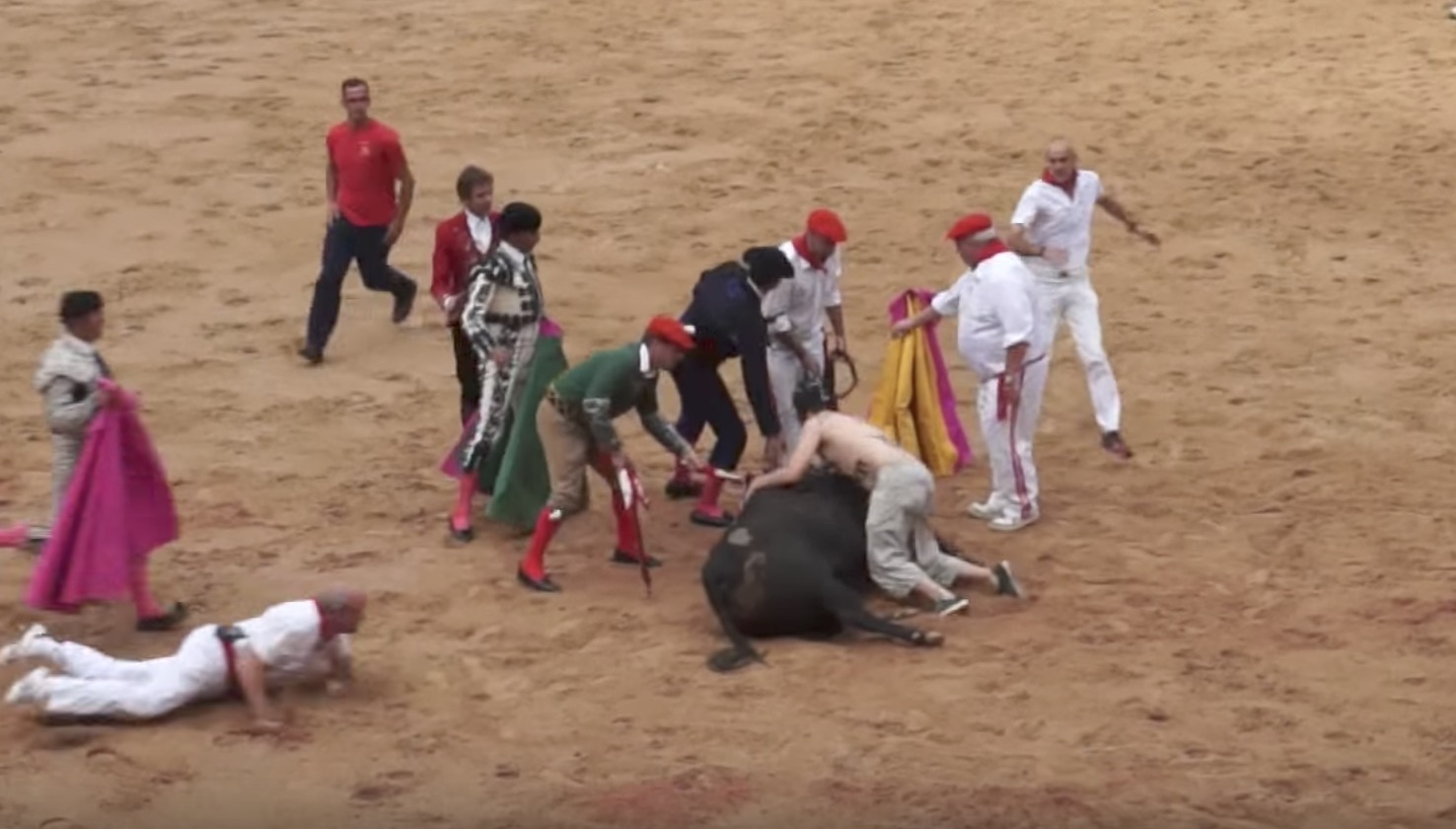 They were then quickly escorted out of the arena by the security team. 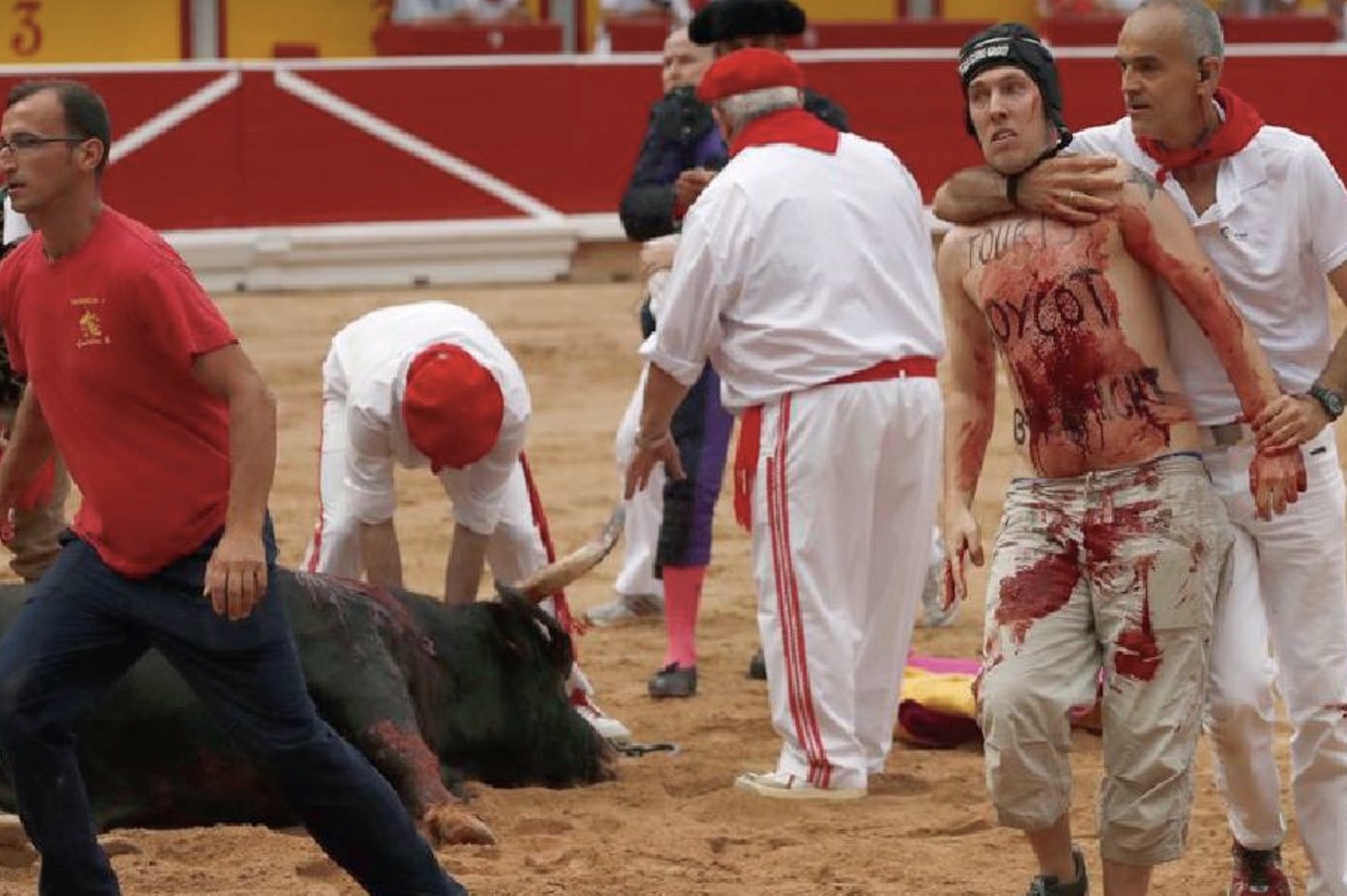 The bull was terrified and was in agony. We couldn't leave him to die alone. We represent the majority of people here and all over the world who want the end of these cruel 'shows.'

This protest coincides with the start of the festival of San Fermín, which sees more than fifty bulls released and then hunted in the roads before being killed in the arena.

"This action comes as part of Vegan Strike Group's global campaign against the torture and massacre of these animals for entertainment" explained PETA France.

To support the combat against bullfighting, you can support CRAC Europe which has been working to ban it for numerous years.