During a walk with his human, Jurgita Peciulaityte, on July 6, a 2-year-old Boxer named Rusty found a little bird who had fallen from his nest near their home in the Isle of Sheppey in England.

The fall had left the bird with an injury to his wings. Jurgita noticed the nest was empty and his mother nowhere to be seen. 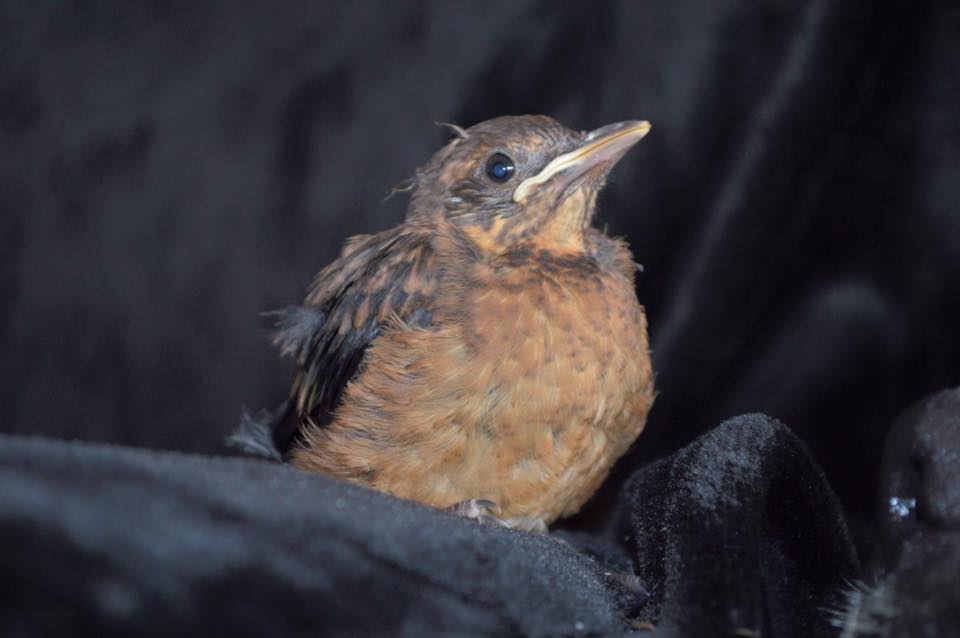 I heard him barking excitedly, like he had found a cat, and discovered he was looking at this little bird which had fallen out of its nest. As soon as I approached, the bird opened its beak so I found some earthworms which it gobbled down.

Jurgita decided to give the little bird a second chance and took him home with her – a decision that Rusty obviously approved of, as he immediately took the animal under his wing… 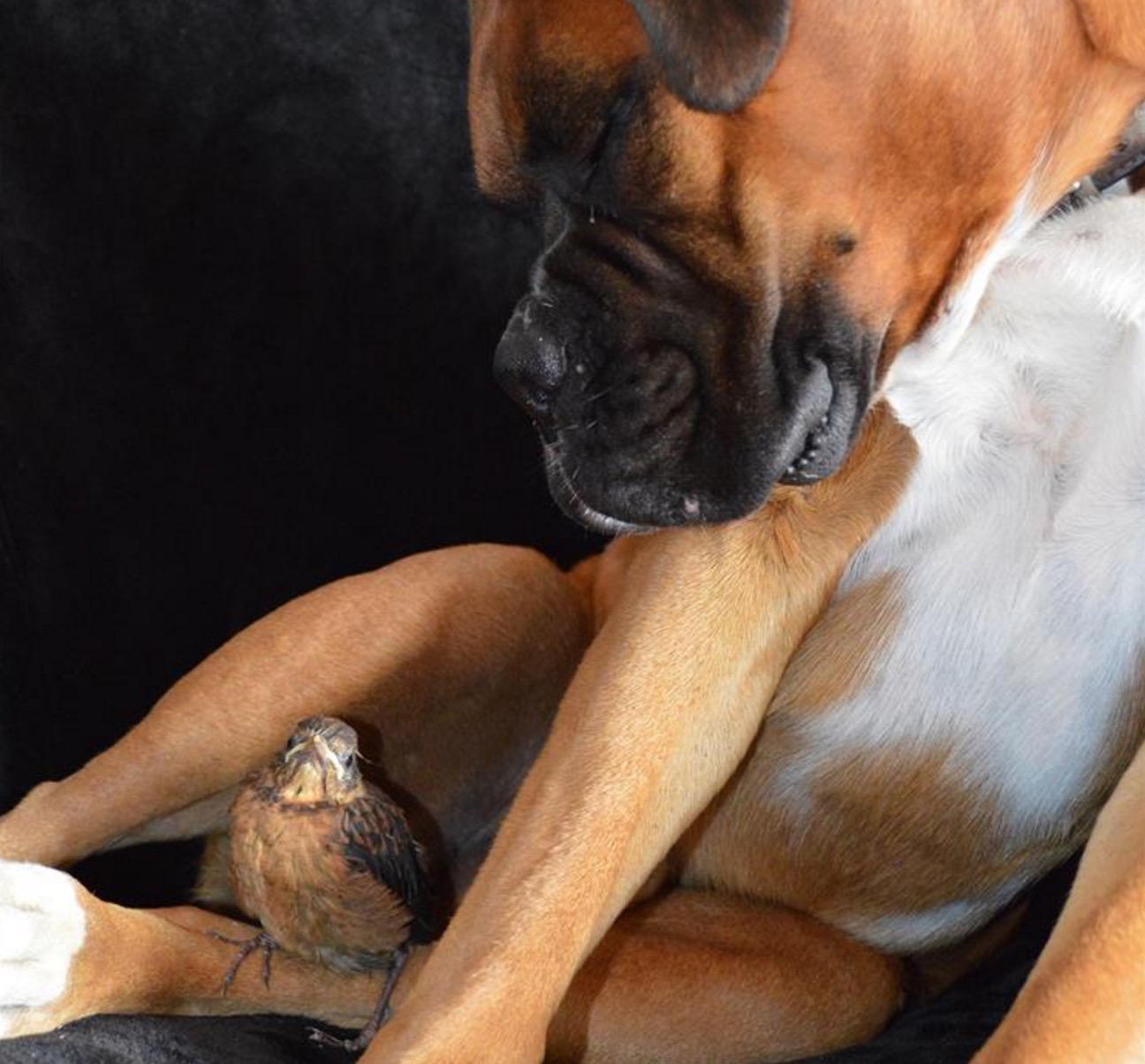 Upon return home, an incredible bond emerged between the huge dog and the tiny bird that they named Birdie. Rusty became a sort of father figure, using his body to protect the little creature and even letting him sit on his back.

It is still too young to fly but it hops onto Rusty’s back when he’s lying down. When he stands up to see the bird he ends up going round and round in circles searching for it. It’s hilarious.

Just a few days later, Birdie had completely recovered from his injuries and got back his energy. Jurgita is still feeding him the earth worms she finds in the garden and boiled eggs. 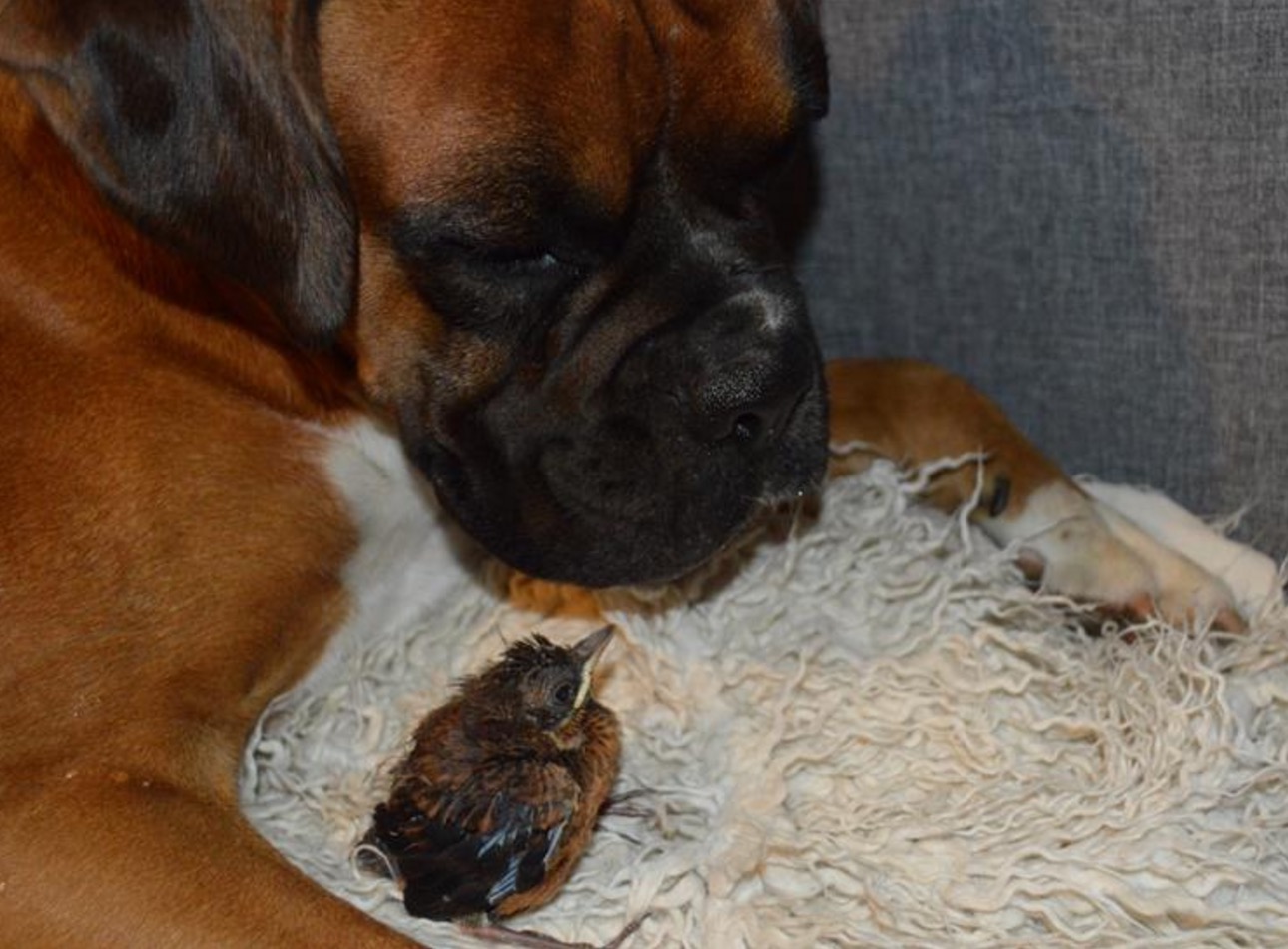 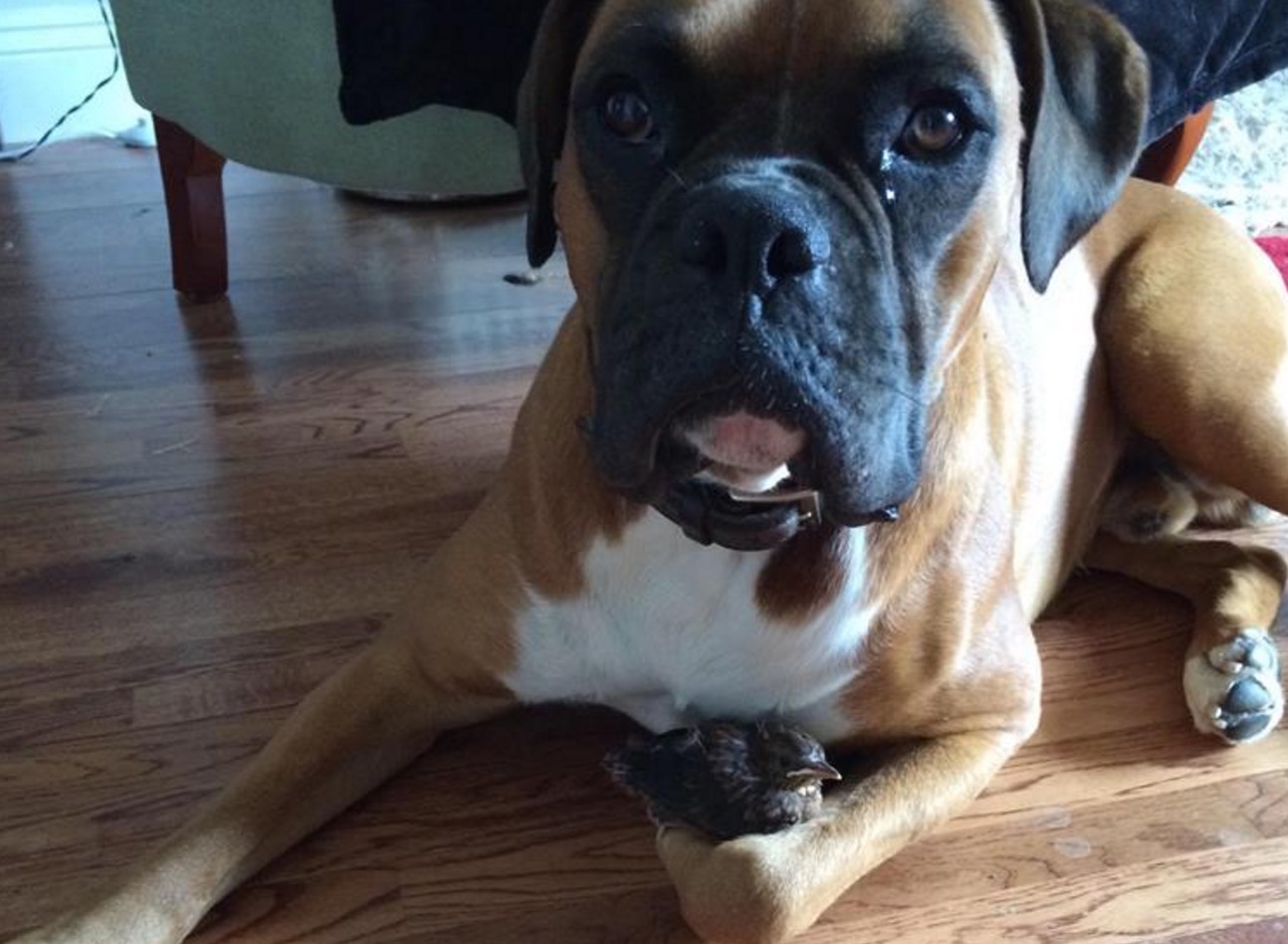 It's no surprise that the best friends are becoming the newest animal celebrities on the internet. Their Facebook page has only just been made but already has over a thousand followers, with Jurgita publishing adorable new videos nearly every day. 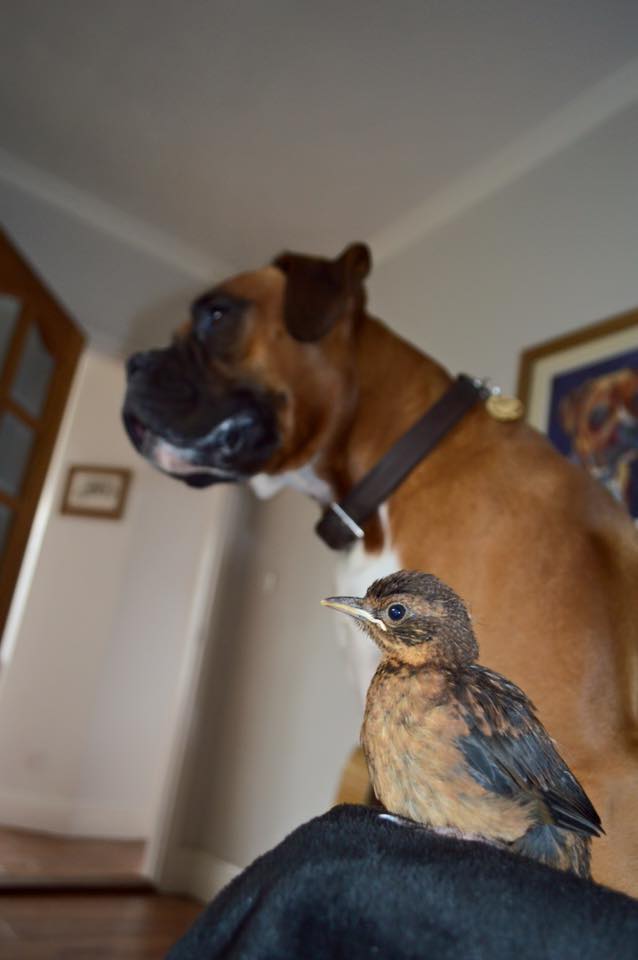 As for Birdie, the young woman says that he's got through the worst and though he's still too young to fly, she's made him a temporary nest in her house!