Capt. Jordan Smith owns Let's Fish Destin Charters, a fishing company in Destin Harbor, Florida. He was out on a fishing trip in February when he came across something completely unexpected that should not have been in the water. 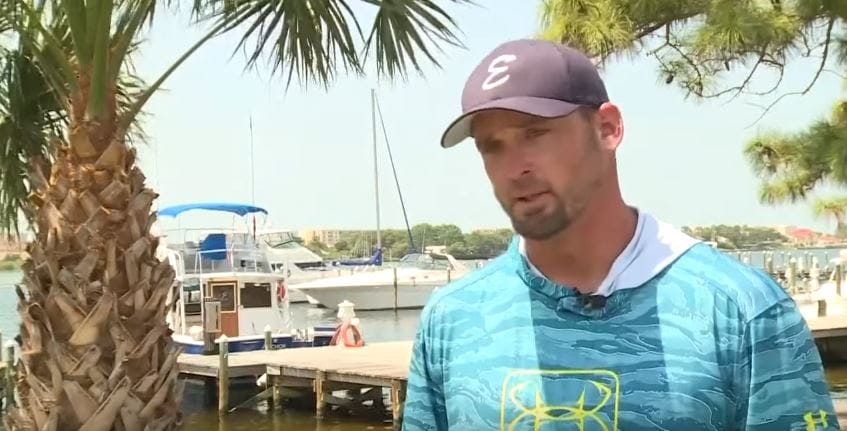 He described to the Huffington Post how he noticed something falling from a bridge and flying into the water:

At first I thought it was like a trash bag, with some trash in it.

It was only when the object began to move that Smith realized that it was a living creature. Then, on closer inspection, he saw that it was, in fact, a cat, an animal that most definitely should not have been 15 feet off the water.

I saw this little head swimming around. She was swimming toward me, like, ‘Oh, human, save me! She latched ahold of me and didn’t want to let go. She was just staring at me the whole time. 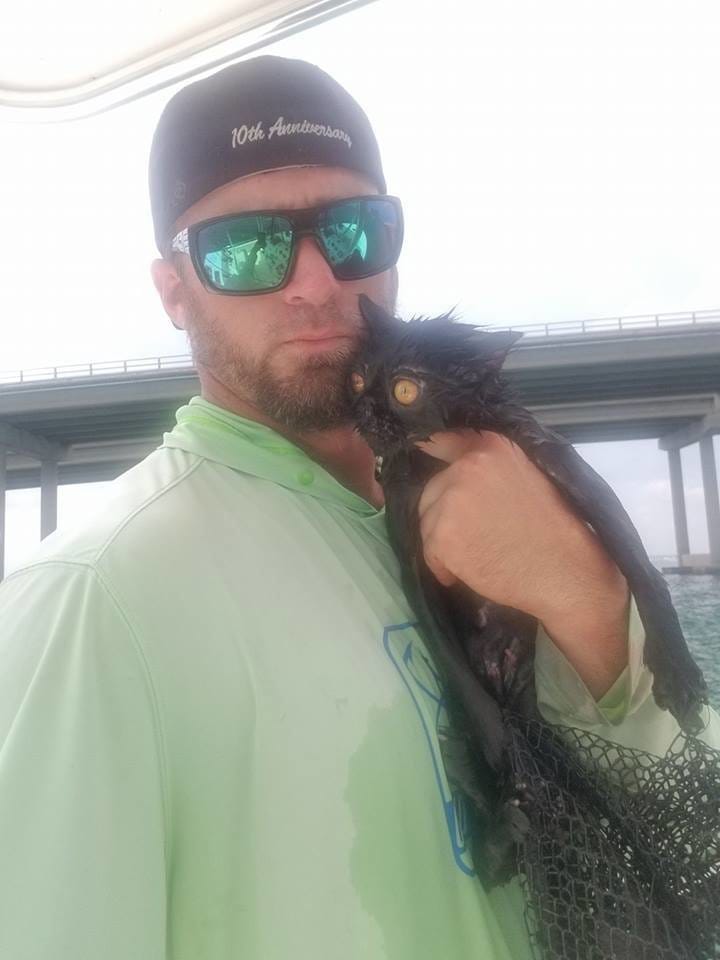 Knowing that he had to help, Smith fished the little feline out of the water with a net, saving her life. He then named the cat 'Miracle' in honor of how lucky she is to be alive after such an ordeal.

The kind man suspects that the cat must have been thrown from a nearby bridge as there is no other way that she could have ended up in such a predicament.

The local police department opened an inquiry into the event, but it was quickly closed due to a lack of evidence.

Miracle is now being cared for at a veterinary clinic where it was tragically discovered that she had been pregnant, but had sadly miscarried.

As soon as she is strong enough to be released from the medical center, Smith intends to adopt the special feline and make her a part of his family.