Anyone who has ever read 'Harry Potter' knows just how magical the books are. It seems the extraordinary storyline has the power to unite not just humans but humans and animals alike…at least this was the case for a blind cat in Virginia named Stevie Wonder.

When five year old Stevie arrived at the Richmond SPCA, his troublesome past made his whole experience there very overwhelming. He hid all day and would rarely eat. 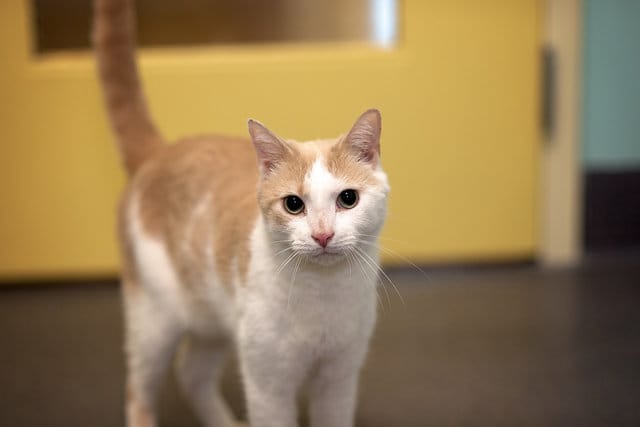 Thankfully, the shelter decided to move him to a group living area so he could live among other cats. Clearly startled by yet another change in environment, it would take the kindness of a Hufflepuff to help Stevie on his journey. This is where 19 year old shelter volunteer, Price McIntyre, came in.

McIntyre took it upon himself to start reading 'Harry Potter' to Stevie every day in the hope that he would soon become more comfortable around people. It seems that Stevie and McIntyre were kindred spirits with the former also being 'sorted' into Hufflepuff. 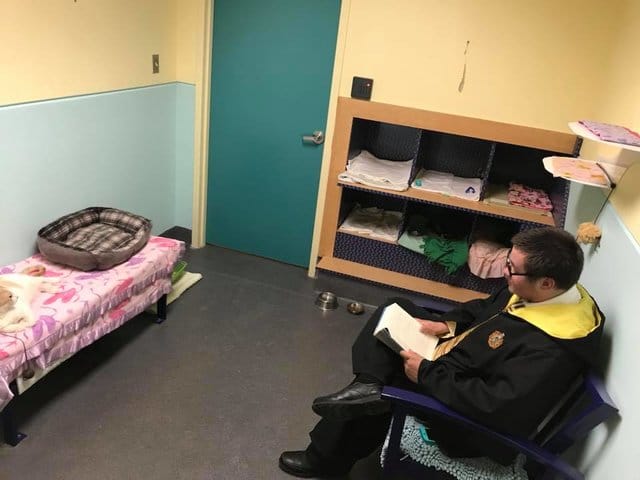 An employee at the shelter started this 'sorting' initiative to give potential adopters a fun way to learn more about the personalities of each animal. For those of you who aren't familiar with the wizarding world of 'Harry Potter', Hufflepuffs are associated with kindness, loyalty and patience, all qualities that would be needed to help Stevie. 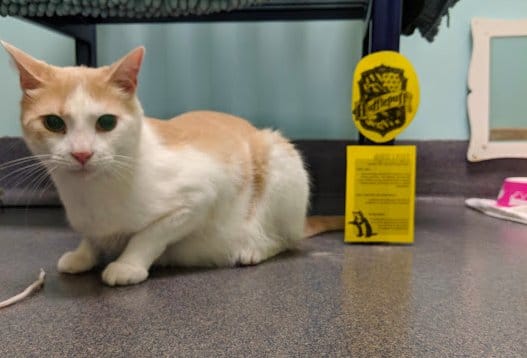 Although Stevie was at first reluctant to interact at first, McIntyre didn't lost faith, reading to him a few hours every day for a couple of weeks. Soon enough, Stevie was soon holding on to every word and began snuggling up to McIntyre to listen closely to the story. 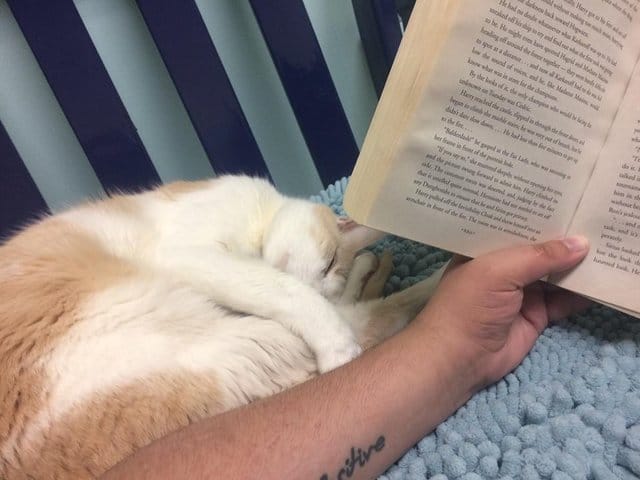 Now, McIntyre visits almost every day like clockwork for his special reading date with Stevie. And on Fridays, he comes dressed to the nines in full Hufflepuff attire.

Stevie is not only comfortable around McIntyre now, but has also started warming up to other people, too. Mission accomplished!

Tabitha Treloar, communications director for the rescue, told The Dodo:

He’s a very affectionate cat, but he likes to come to you first. Price has done wonders for Stevie Wonder in helping him become a little more outgoing. They’ve definitely formed a special bond.

Treloar went on to say that Stevie has "really learned to navigate his entire space" and he's become very "comfortable" at the shelter now. 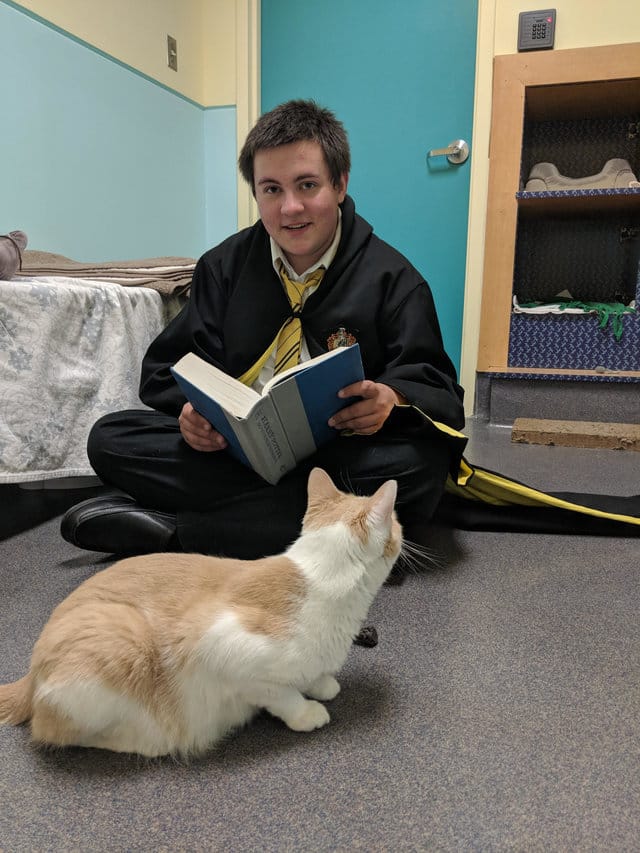 Since he’s become so close with Stevie, McIntyre is hoping to be able to adopt him in the near future. However, until he gets the green light from his mother, the two will just have to keep making their way through the 'Harry Potter' series. McIntyre said:

He lets me pet him now and kiss his head, and he's become such a sweetheart. It took a while, but it's worth it.