When volunteers rescued dogs Babs and Bart from the streets of Denton, Texas last year, they looked like any other couple of strays. However, they soon found that the two animals had a very special bond.

After being rescued, veterinarians discovered that Babs was suffering from severe glaucoma in her eyes. This was causing her a lot of pain, so the decision was made to remove both of her eyes, leaving her completely blind. 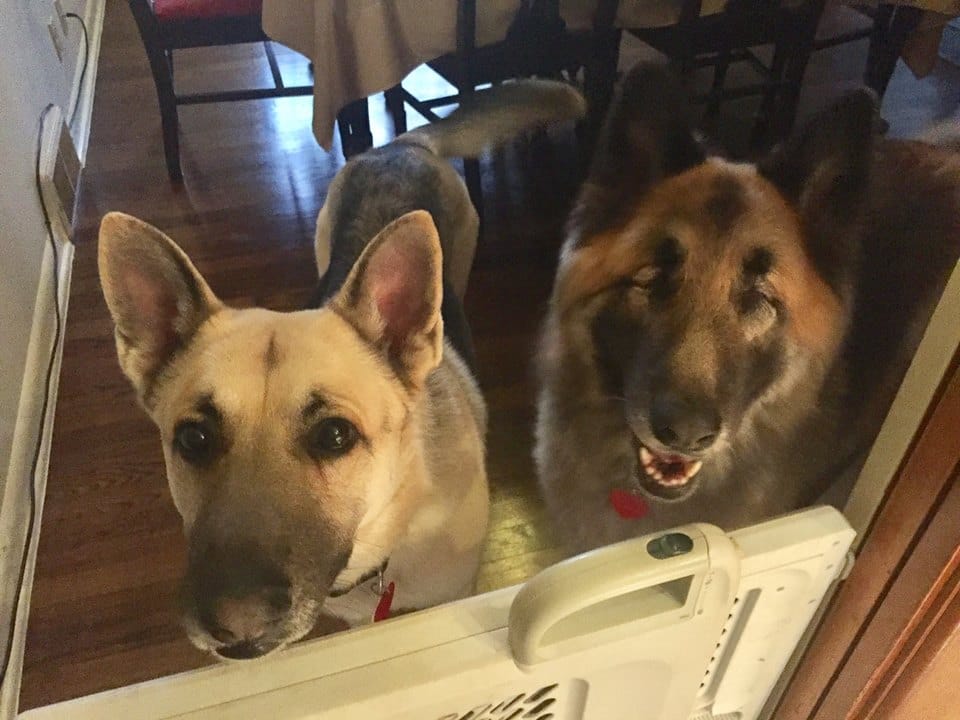 The dogs were then sent to separate foster homes, but their carers quickly noticed that something was wrong:

They both totally shut down. One foster called the other foster and said they should get the dogs together. Magically, their wonderful personalities came out when they got together again. 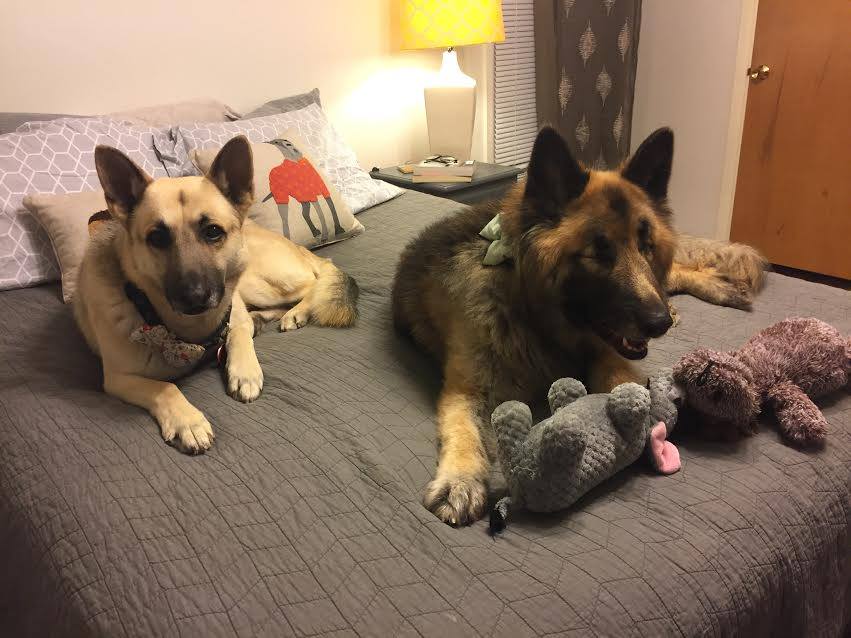 It was clear that these dogs were bonded and, as they watched how the two interacted with each other, they realized something incredible. As their foster mom, Laura Cherry explained, Bart was Babs' guide dog.

Bart supports Babs by guiding her wherever we go. She generally stays a step behind him and listens and smells to follow his lead. She has amazing senses and will jump into the car exactly where he does, pick up the tennis ball where he drops it, etc. 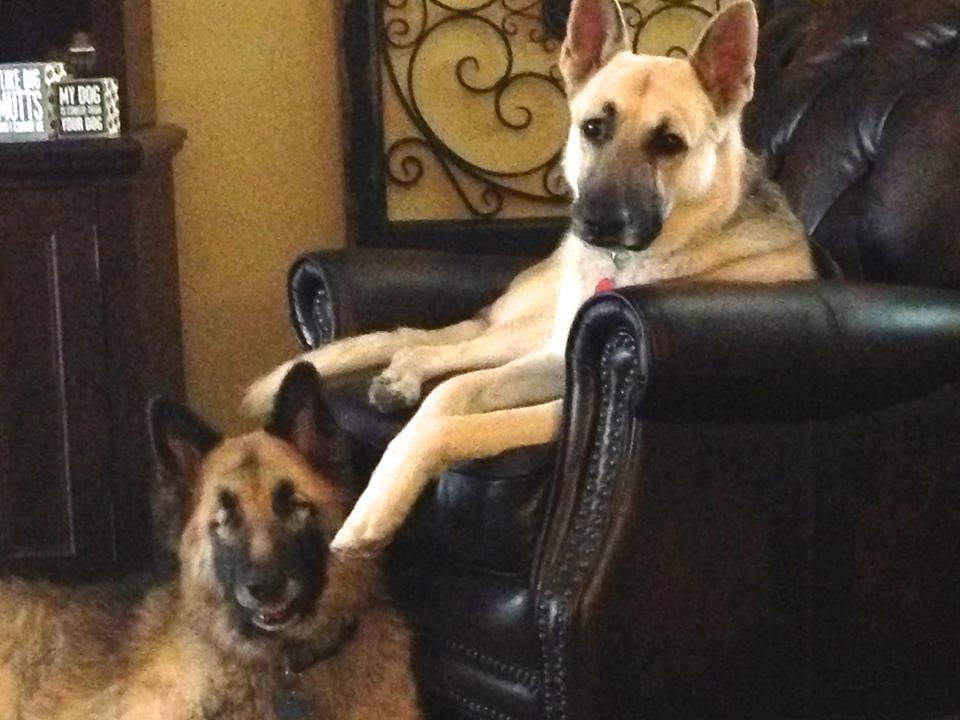 Because of this, and because Bart is now very protective of Babs, the pair were put up for adoption together.

However, the unique challenges the two bring – not everyone can look after two large dogs, never mind one of them being blind – made it difficult to find a suitable home, despite posts about them on the DFW Rescue Me Facebook page going viral. 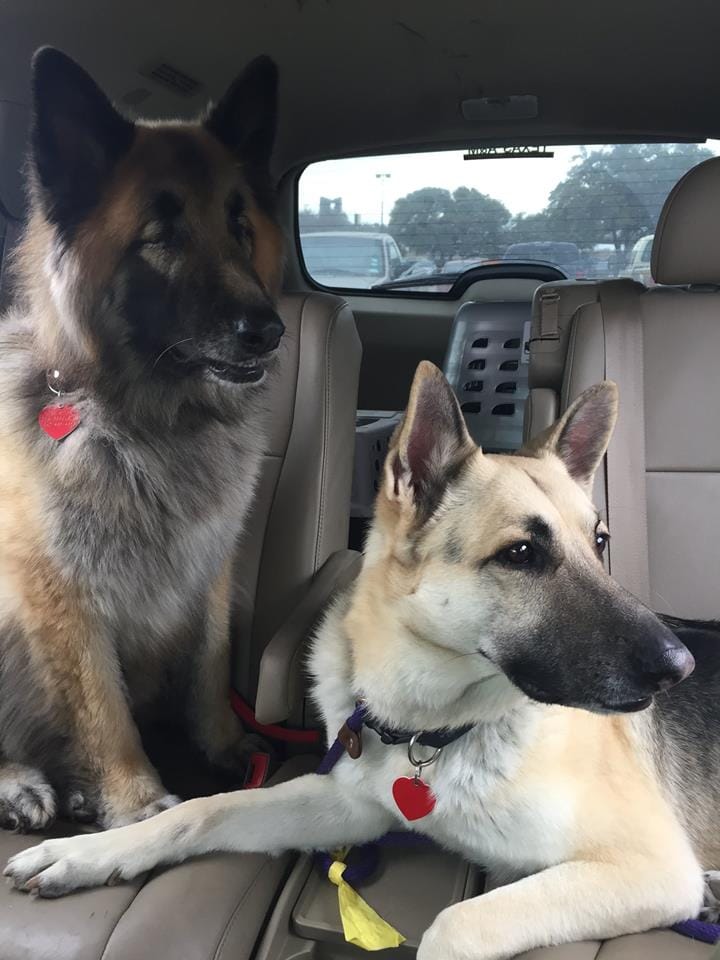 But in June, Cherry received a call: a home had been found.

Their new dad, Jay, drove all the way from Montana to Texas to meet the new additions to his family, and it was clear that they were going to get along immediately.

After all they've been through, these amazing friends have finally found their forever home.