Bear's bile is reputed for having therapeutic virtues in traditional Chinese medicine, and is still very popular in Asia today. The price per gram can reach around $200. The process to obtain the bile involves capturing bears in the wild, entrapping them in cages, before taking the liquid out of their bodies with a long needle. It provokes immeasurable suffering for the animals and causes many long-term health problems. Adding to this long-term suffering is the terrible living conditions in small cages and being prone to starvation. 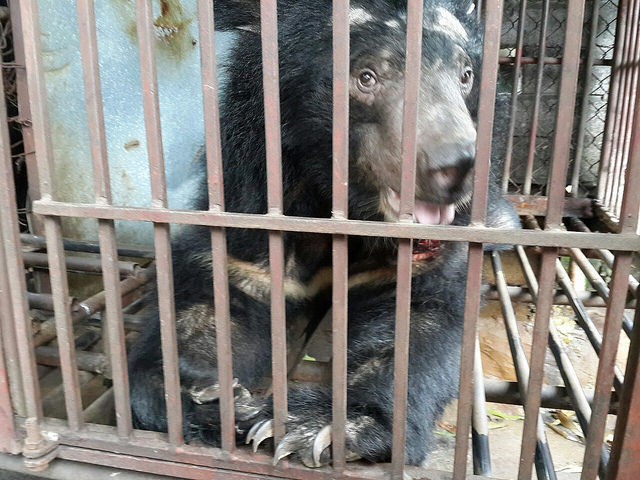 Kujira, an Asian black bear, knew this hellish life of bile farms. He was held captive from a very young age and suffered from severe blindness, reports The Dodo. A huge, infected wound on his torso added to the pain, as well as him being malnourished and very thin and having teeth missing and broken. Kujira was a true health catastrophe. 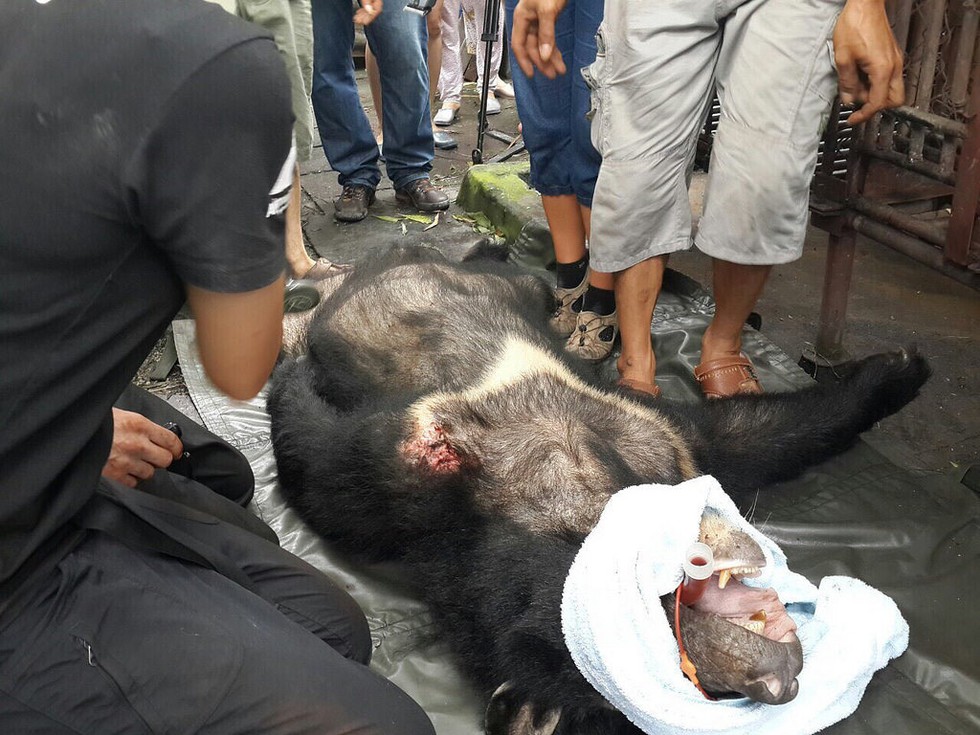 In June of 2015, the association Animal Asia finally put an end to his ordeal and those of 13 other bears. The rescue team managed to free him and understood quickly that Kujira was a special needs case. He had gone crazy – repeating the same gestures without stopping and other behaviors stereotypical of animals that spent too much time in captivity. 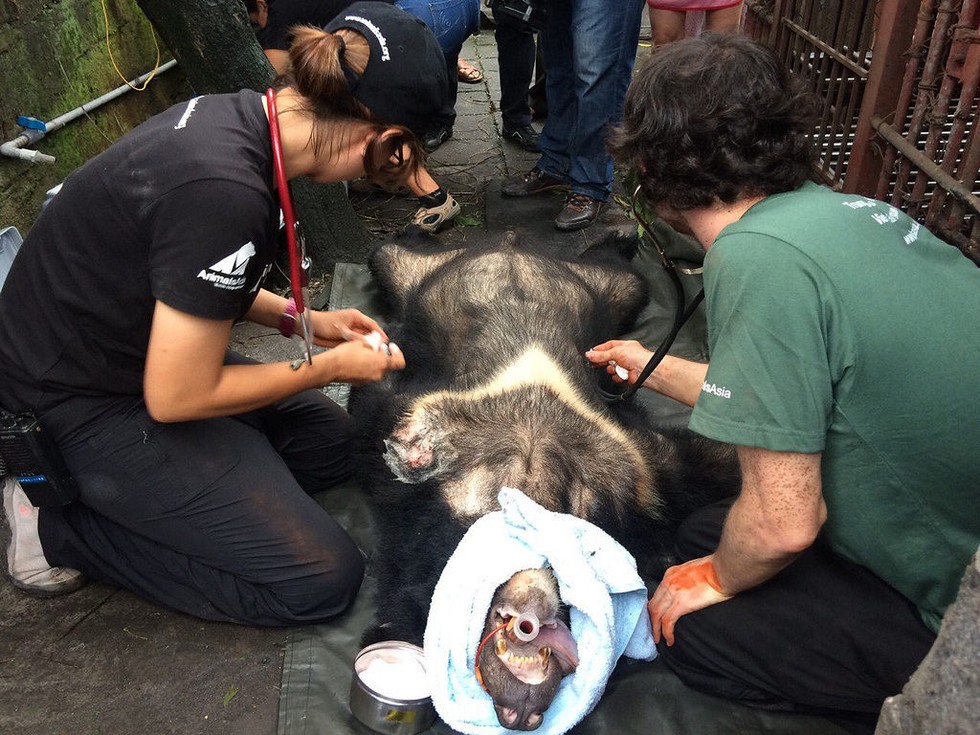 Once he was liberated from the cramped cage, Kujira was taken to the medical center of Animal Asia, where his wounds were taken care of. For the first time in his life, the bear ate a proper meal and started to exercise.

Kujira also had operations done on his eyes and was able to regain vision in one of them. The medical team explained:

He can see the sun, the sky and feel the grass beneath his paws. 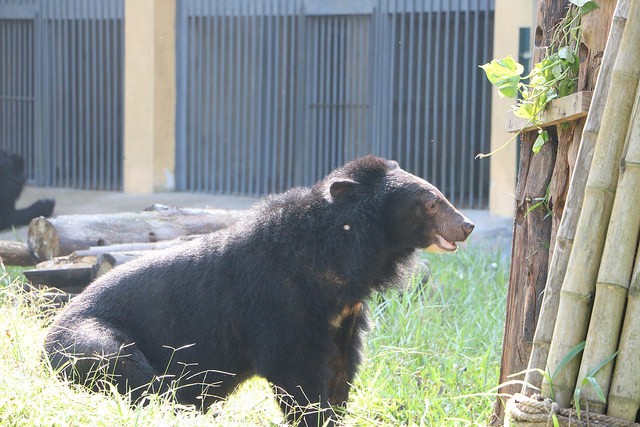 The animal is still deeply traumatized by his experiences and although his physical wounds are healing, the mental scars will take much longer to disappear. But luckily, he is not alone. Kujira finally has the opportunity to mix with other bears and forget his loneliness. He can also enjoy freedom, playing in the water and rolling on the grass for the first time. 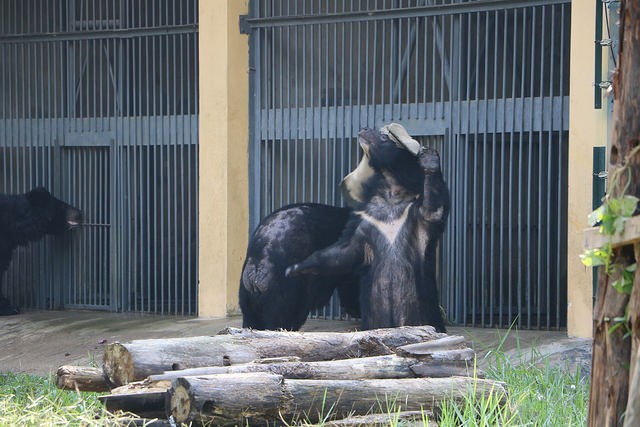 Kujira is no longer the same bear he was upon arrical at the sanctuary after his rescue. He spends his days playing and wrestling with his friends and discovering the nature around him. Kelly Donithan, a member of Animal Asia, tells:

His stereotypic behavior was some of the worst I have ever seen, but is so much better now. Every day we see signs of improvement to his mental health as his body heals. We can never erase Kujira's awful past, but we'll work every day to make them increasingly distant memories. 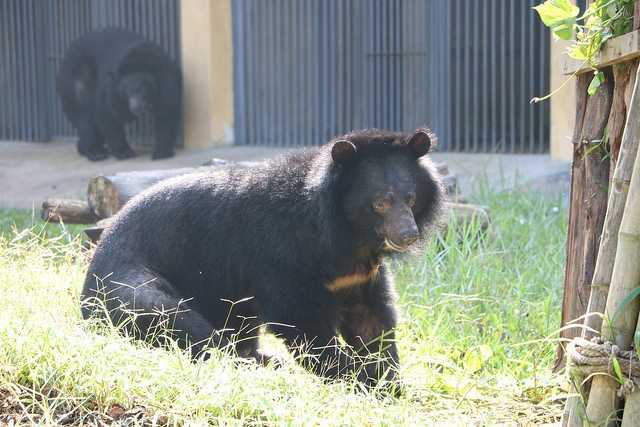