In 2013, the rescue association, Wildlife SOS, made a horrible discovery in a small Indian village, close to the Nepalese border. Goldie was a 5-year-old bear who was living with a cord through his nose. His condition was particularly alarming; he was sick and dehydrated and seemed to have given up on life. 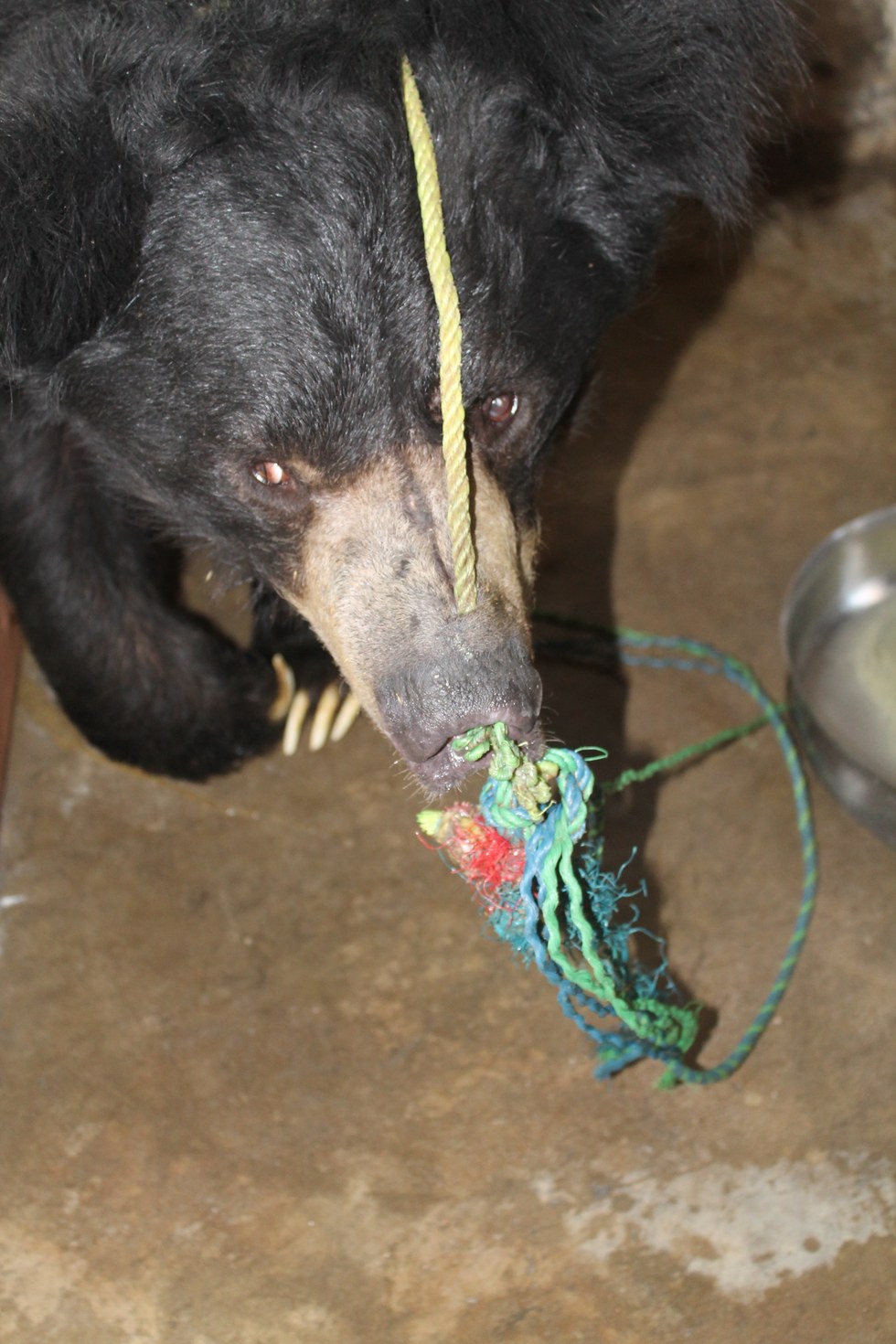 Goldie's owner had been using him as a "dancing bear" to entertain tourists and make money. Lis Key, in charge of communications for the association International Animal Rescue (IAR), told The Dodo:

When the bears are still tiny cubs, their captors make a hole through the top of their snout with a red-hot needle. Then a rope is threaded up through their nostril and out through the hole. The aim is to control the bear and make it 'dance' by jerking on the rope. 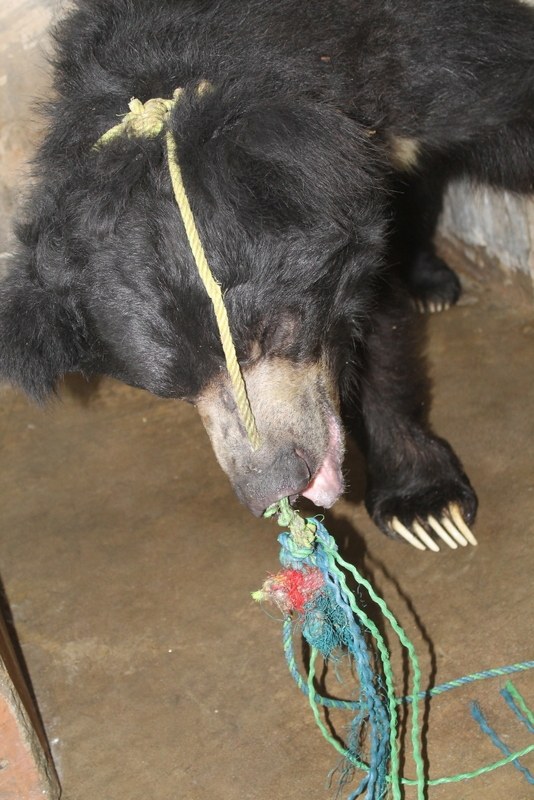 The injury had never healed, was left open and still caused pain every time it was jerked on to cause the bear to obey his master. If the animal refuses to obey, even more cruel measures are sometimes resorted to, such as knotting nails or thorns into the rope, causing even more pain. If the wound were to heal, the trainer would make a new one.

"Dancing bears" have been illegal in India since 2009, and Wildlife SOS, as well as three police officers, had no problem removing Goldie from his cruel owner. Three other bears, named Truffles, Kandi and Oreo, were also saved by the association. 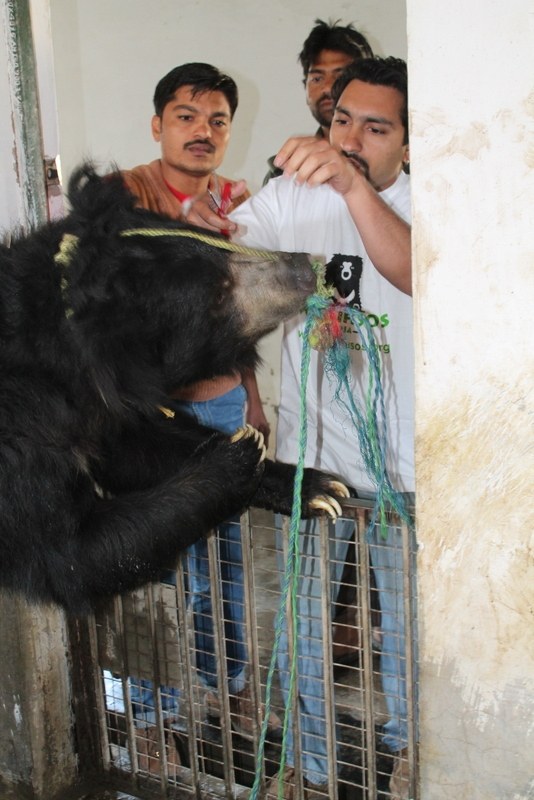 Goldie was transported to one of the IAR's bear sanctuaries in India, where he will be able to live in the company of other bears. But the first step was for the animal's rescuers to remove the painful cord from his nose. 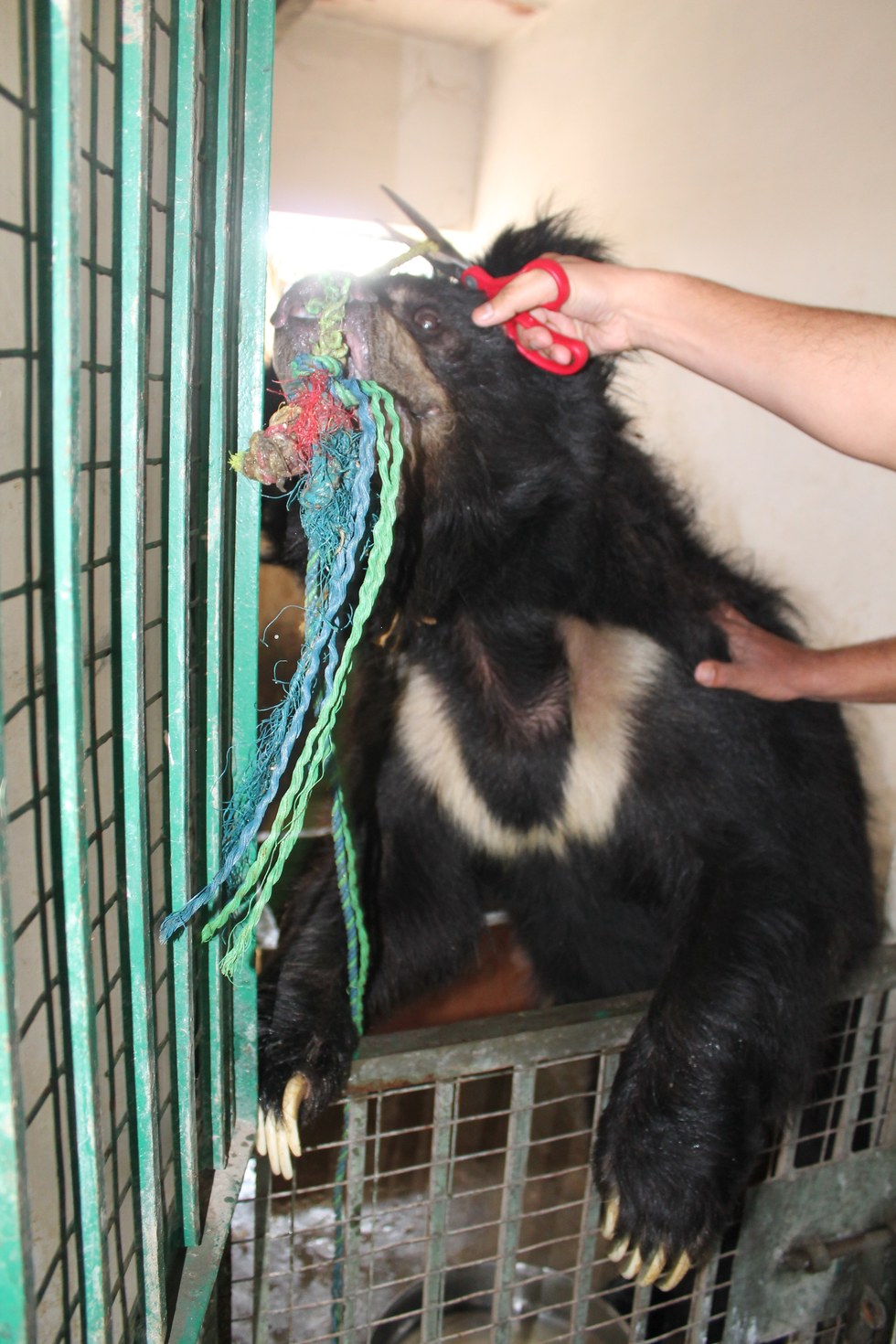 Sadly, Goldie was also suffering from other problems. His teeth and gums were completely destroyed. Lis Key continued:

It seems Goldie's handler had made several attempts to knock his teeth out to make him easier to control, and left him with terrible broken and infected teeth and gums.

The unlucky bear was also completely blind. This could have been a result of the thick cord constantly being placed between his eyes, by sever malnutrition or by a violent beating to the head. 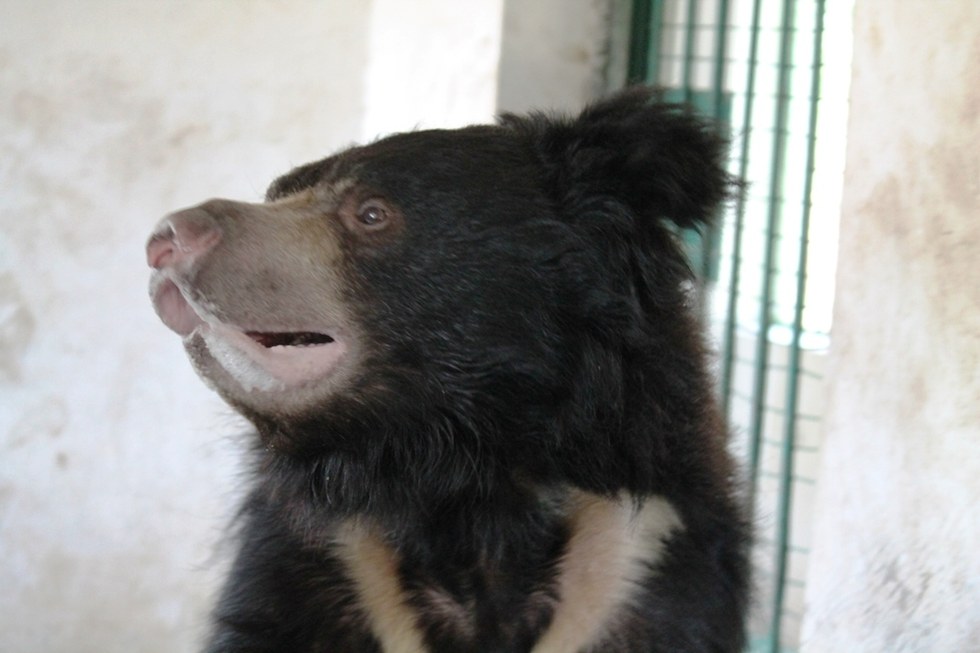 The veterinary team was unfortunately unable to help Goldie regain his sight, but his teeth and gums were treated. The bear seemed completely transformed by his miraculous rescue and started eating again, as well as showing off his delightful personality. Key said:

Goldie is very mischievous and loves to try to steal food from the other bears' dens before they get to it. He eats his porridge and honey with relish and particularly enjoys treats of coconut chunks and dates.

The bear also loves digging up insects and lounging in his hammock during the day. 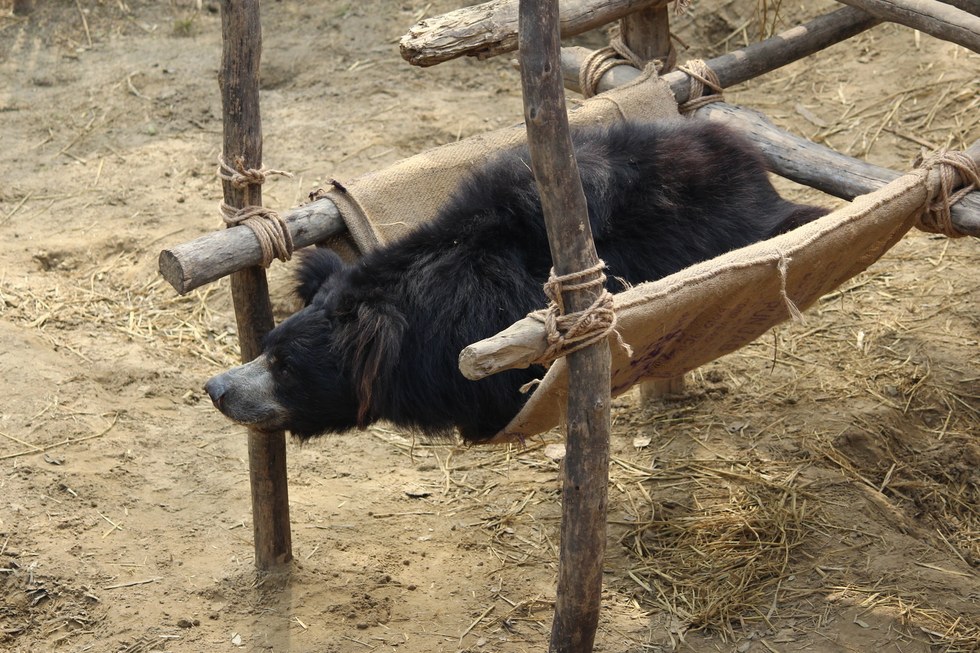 Goldie is lucky enough to have been rescued from his hell and can now live the rest of his life in peace and freedom, knowing he will never again have to dance for tourists. 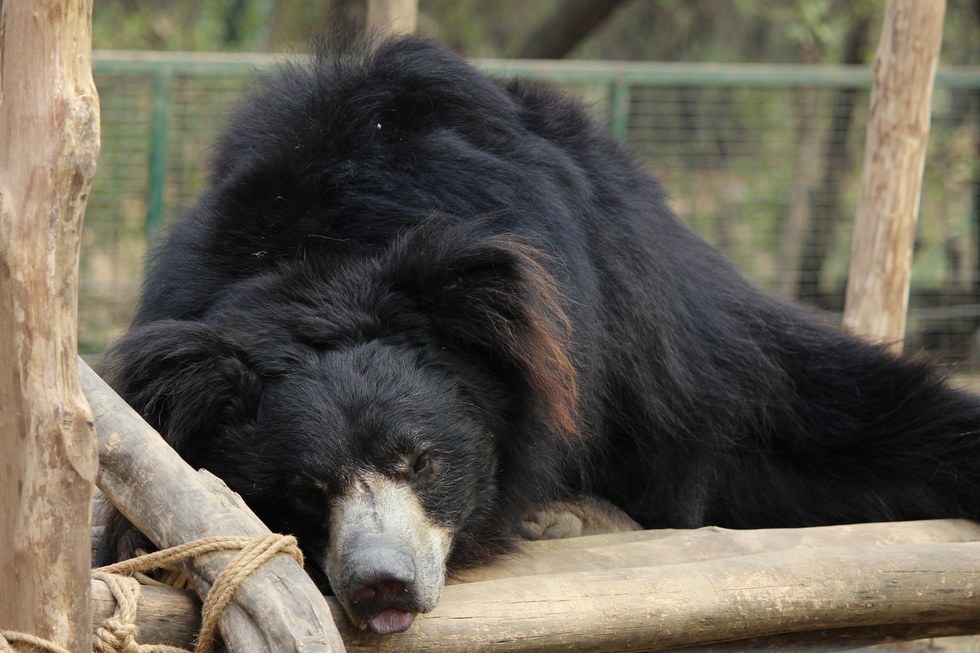 You can support IAR and Wildlife SOS by making a donation here.