A touching photo made the rounds on social media, showing a dog clinging to her rescuer, reports The Dodo.

The 18-year-old dachshund named Muneca was abandoned by her owner and left at a Los Angeles shelter. The pup was lost in more ways than one – in addition to the confususion of being deserted by her family, she had the additional burden of being blind. 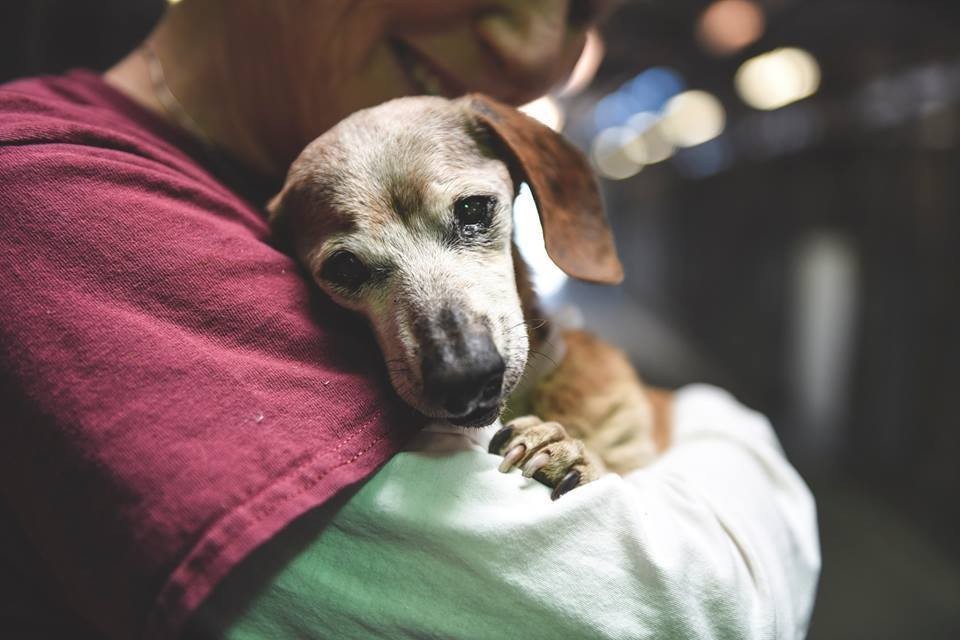 That's why when Elaine Seamans, a volunteer for the Baldwin Park Animal Care Center, picked up the sweet girl for a hug, the dog just melted into her arms.

Despite the emotional turbulence and heartbreak, she had found someone who cared. 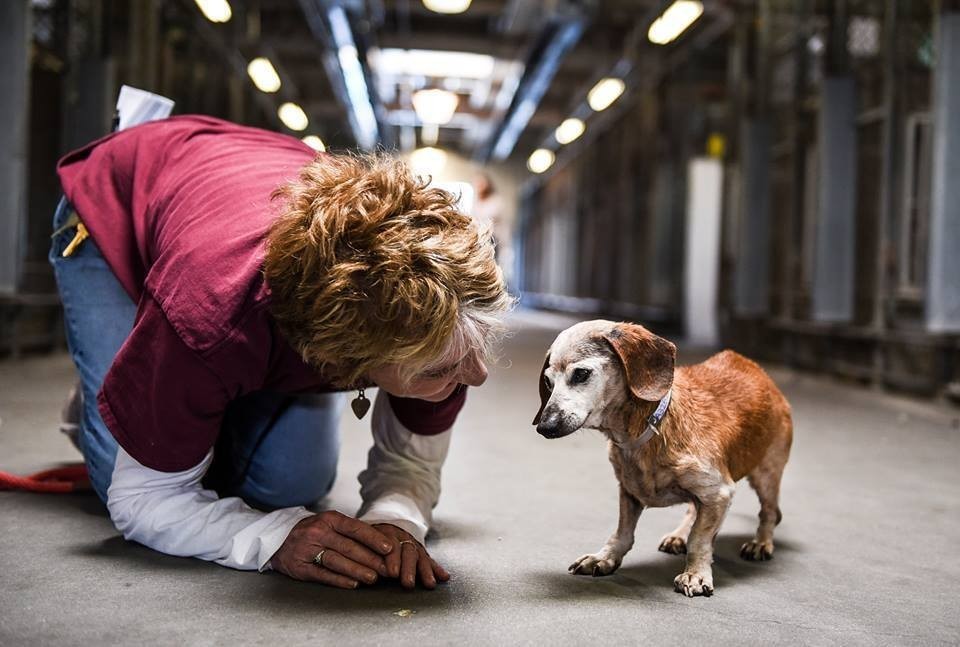 As luck would have it, photographer John Hwang was there to capture the beautiful moment.

He described the moment he saw the two of them together:

Elaine is so amazing with the dogs. She'll roll on the ground with the shelter dogs. She'll kiss them. She really has a special chemistry with them. I love capturing that. 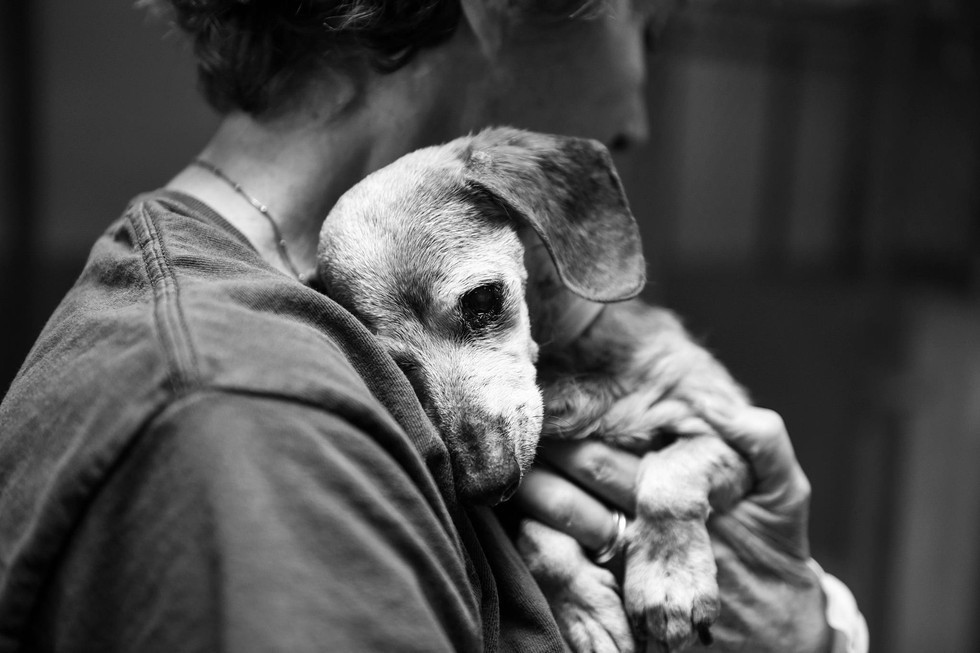 Thanks to Hwang's photos, Muneca got a second chance at life, and a waiting list wanting to adopt her. An organization called  Frosted Faces Foundation, dedicated to finding loving families for senior dogs, took in the pup.

Before she knew it, the sweet girl was in the arms of another attentive caretaker, but this one was permanent. 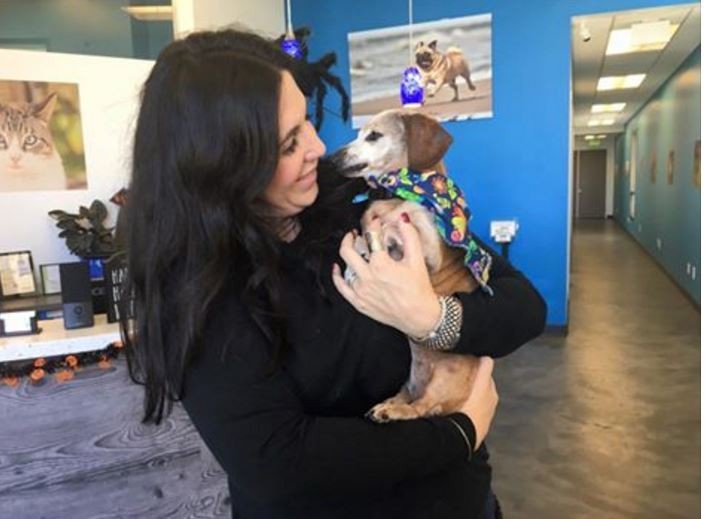 Amy Gann was chosen among the plethora of people eager to take her home.

Kelly Smíšek of Frosted Faces Foundation described the first meeting with Gann to The Dodo:

By the time we approved someone and they drove to San Diego, I met them, I was very nervous. I thought, 'I hope we picked the right person.' And immediately, it was, 'Oh my Gosh. I'm so glad she's going home with you.

Gann was the perfect match. She even made a sling for the pup so she could keep her close. Muneca found her forever home with a mom who loves her and understand exactly what she needs. 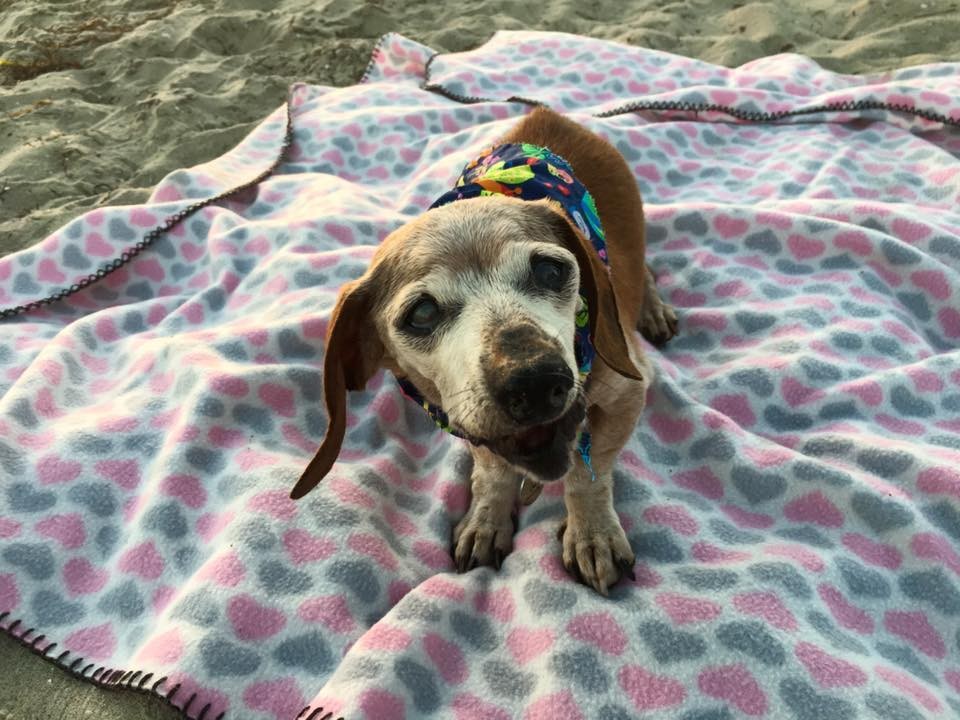 If you would like to contribute to the amazing work of the Frosted Faces Foundation you can donate here.