Avery was just three months old when she arrived at a shelter in Chicago in 2013. But at such an early age, she'd already gone through an awful lot. 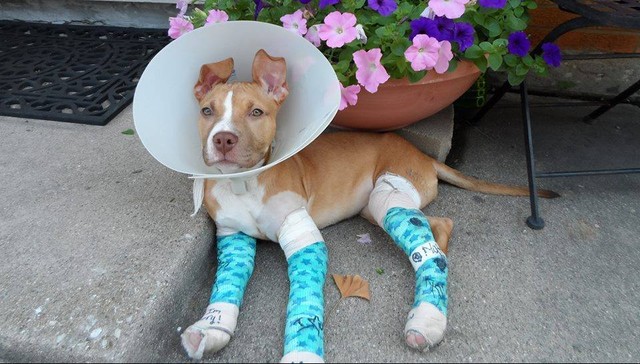 The poor pup had been treated with absolute contempt by somebody. Cofounder of Twenty Paws Rescue Linda Montgomery tells The Dodo:

All her feet were broken, all her digits. We believe there was forced trauma to her head.

Nobody knew how she'd ended up like this. But things were about to change for Avery: two volunteers from Twenty Paws picked her up and began the search for her forever home. 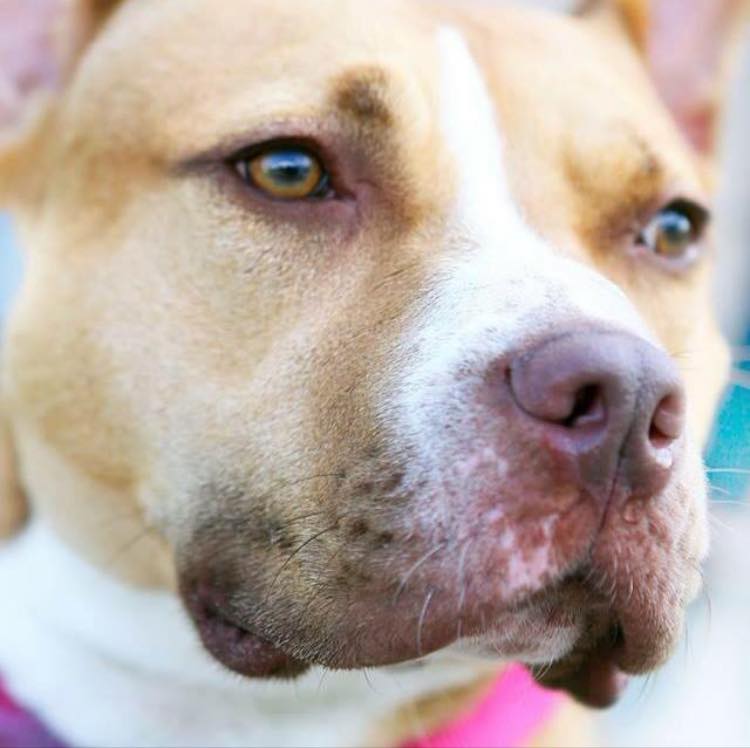 It's been three years since they saved Avery, and yet her future is still uncertain. She is now waiting at a boarding facility in New York City for somebody to finally take her home. Gorgeous Avery has had a rough time of it too, being returned to the shelter three times after adoption due to difficulties with the other animals.

And yet Avery is still laid-back and eternally optimistic. Montgomery continues:

She's so resilient. I'm telling you, this dog has been through more than any other dog we've had. She's got the biggest smile all the time; her tail is also wagging no matter what. 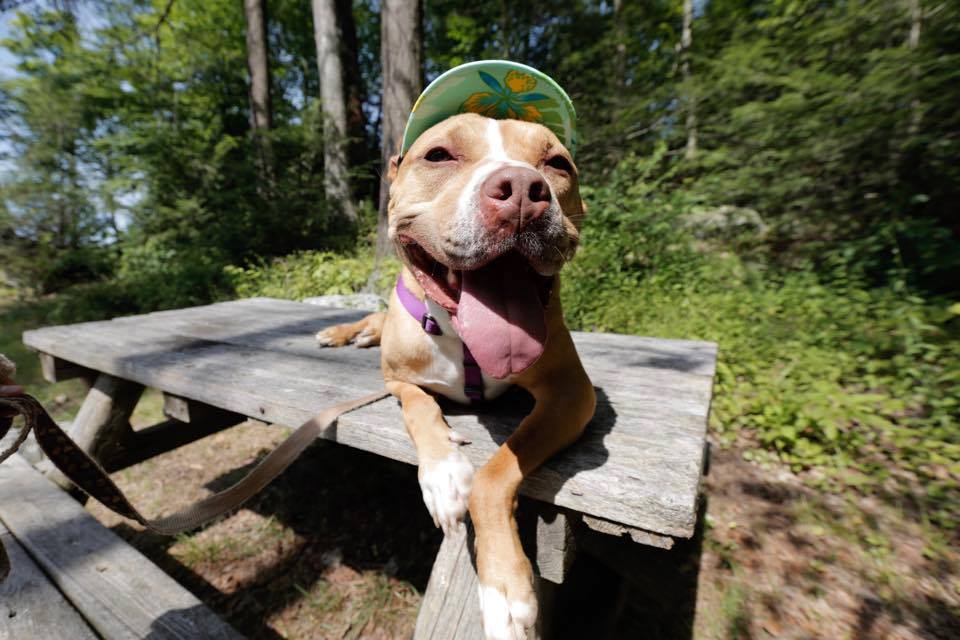 Avery is looking for a home where she will be the only child, so she can receive all the love and attention she so deserves. The pup is still suffering from her violent past – her legs will therefore never be quite normal so she does better on shorter walks.

But for Avery, ignorance is bliss. Montgomery reveals "She doesn't know she has such severe injuries" and is full of the joys of life nonetheless. 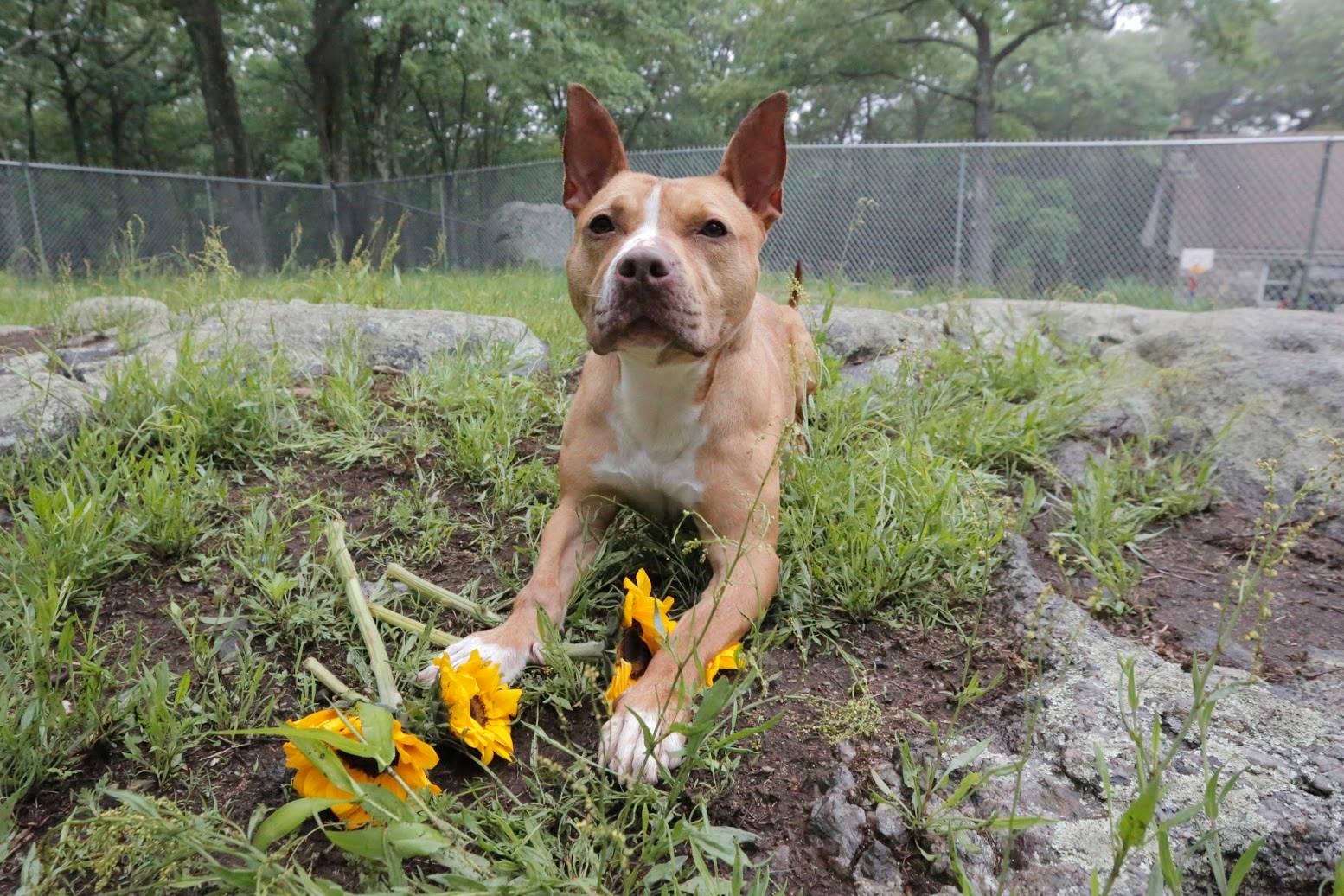 She's a beautiful pup who really deserves an extra-special home. If you think you can help Avery out and you live in the New York tri-state area, Pennsylvania or New England, get in contact with Twenty Paws at twentypawsrescue@gmail.com.

Alternatively, you can help rehome a dog who really needs your love through the ASPCA in the US or the RSPCA in the UK.