On July 18, PETA released a new shock study exposing the disgusting training methods in circuses in the city of Suzhou, in the east of China.

They "cried, screamed, grunted, and groaned"

In the video, you see animals being horrifically abused: they are beaten, whipped and victim to truly shocking treatment, like these bear cubs who are chained up by the neck for hours to force them to stand on their hind legs.

Some bear cubs were tethered to a hook in the ground by a short rope, making it impossible to move more than a few inches in any direction. Bears were also forced—through violence and intimidation—to jump over objects, walk on their hands, and perform other confusing tricks. As seen in the video, the cubs cried, screamed, grunted, and groaned during training. They repeatedly resisted, but trainers yanked on their neck ropes, dragged them, grabbed them by the fur on their backs, yelled at them, and forced them to continue. 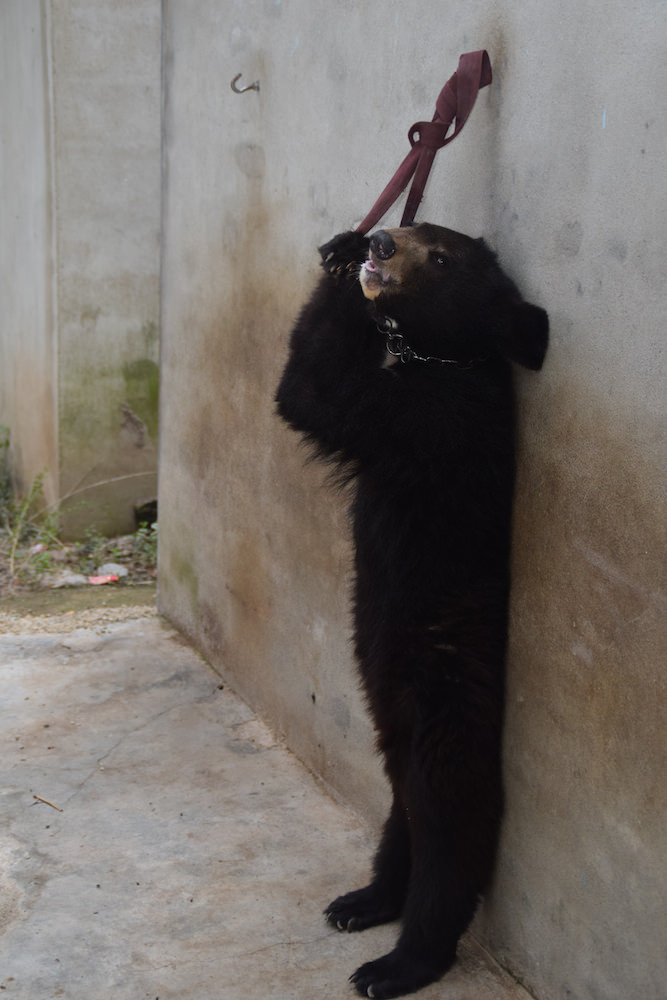 Circus cats suffer an equally pitiable fate. The footage shows the trainers beating lions and tigers with whips or iron poles, weakening them so they'll perform their sad tricks.

They suffer just like this tiger who is forced to balance on a ball. 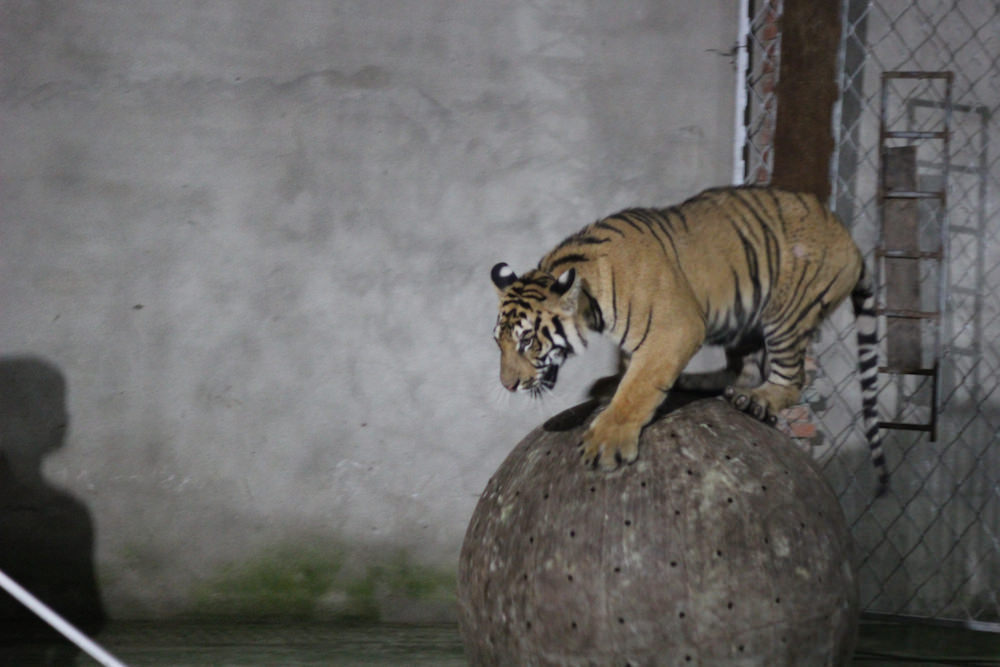 In order to get these shocking images, PETA hid cameras in 10 circuses in Suzhou, the Chinese metropolis known as the "circus capital of the world" thanks to the 300 Big Tops they welcome every year. 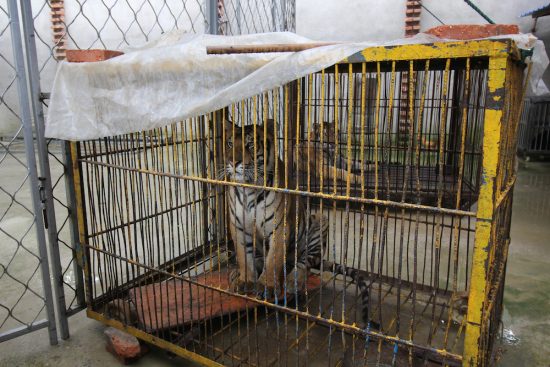 It was the same thing every time: animals in distress, suffering at the hands of violent training methods and frustrated by their imprisonment.

Unfortunately the lack of care and neglect…was clear at every facility they visited. 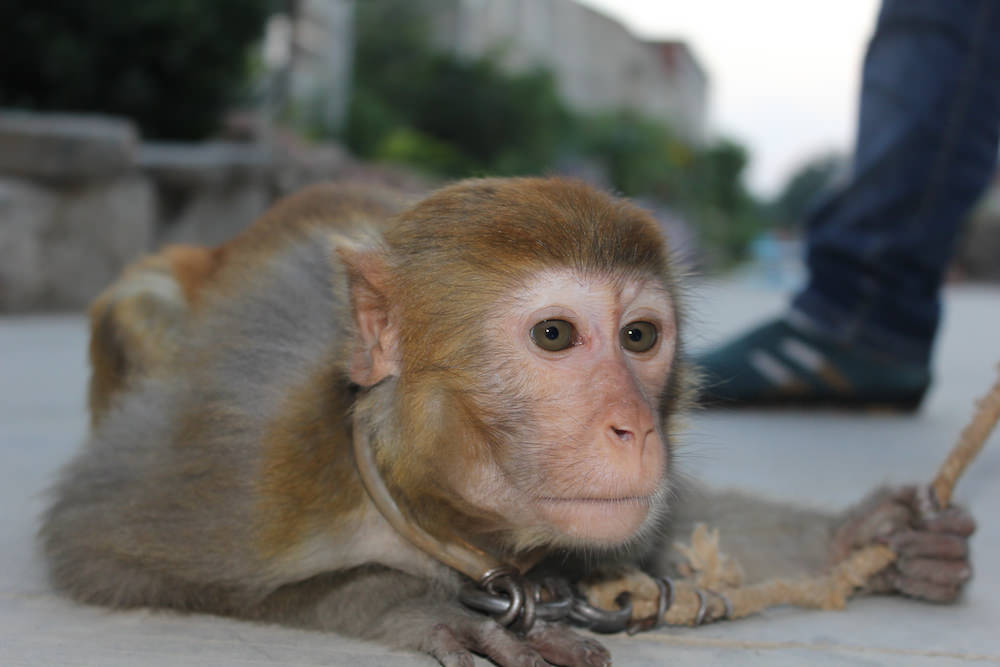 Living hell in circuses, not just in China

But it's not just China: the new study highlights the plight of wild animals suffering in circuses all over the world. Circus animals are condemned to a life of misery, far removed from their natural habitats and crammed into tiny cages.

For this to stop, people need to stop going to circuses. Not just in China, but everywhere in the world. Because every ticket that you buy is paying for this animal’s suffering to continue. 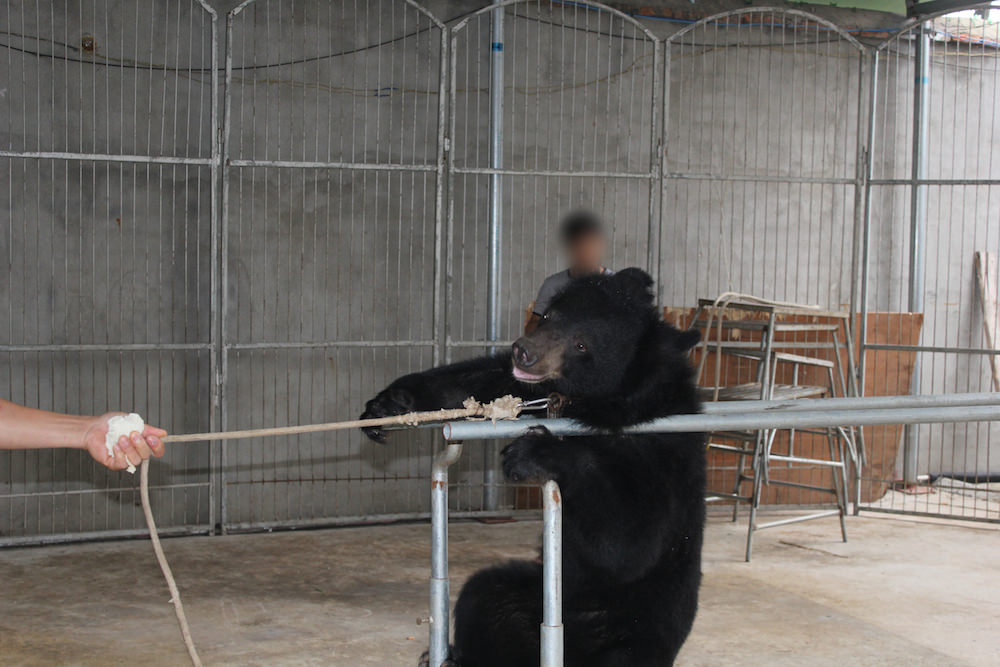 A movement towards the end of wild animals in circuses?

Luckily, it seems that mentalities are starting to change. In 2014 for example, Belgium banned the use of wild animals in circuses. This followed the example set a few years earlier by Austria, Greece and Catalonia in Spain. 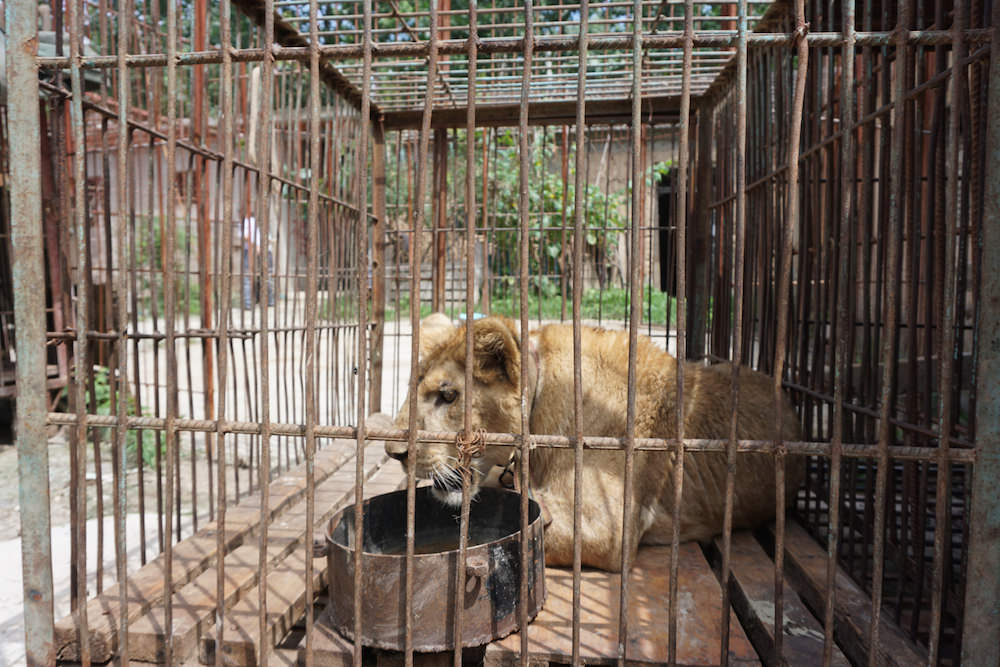 In the US, there are 50 partial or full bans on circus animals in municipalities, across 22 states. Unfortunately, the UK lags behind in circus laws after the bill was blocked, despite huge support for it, in March 2015.

We can only hope that mentalities continue to evolve so that one day, circuses will be outlawed all over the world.

You can help take a stand against circuses by signing PETA's petition to pledge that you will not support the abuse of animals for entertainment purposes.

To find out more about circuses with USDA warnings and citations for dangerous incidents, you can read about specific circuses here.