Tuan Bendixsen has known many horrors. But for the director of Animals Asia, nothing is worse than the atrocities that are bile farms in Buon de Ma Thuot City in Vietnam. 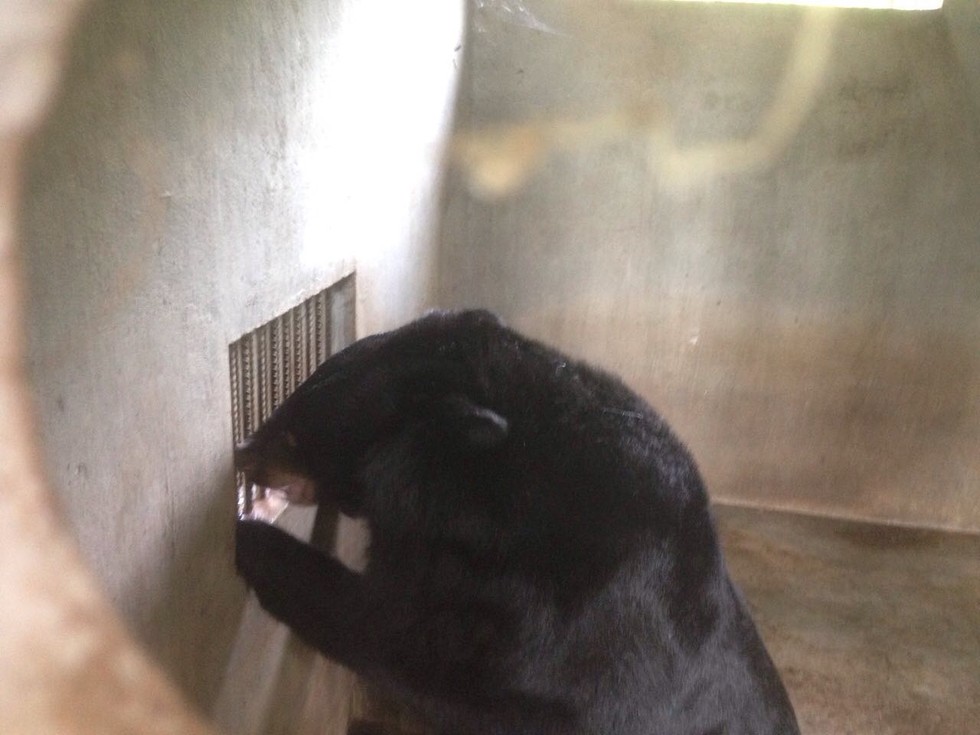 At the beginning of December, a team of animal defenders from the organization orchestrated an undercover operation to rescue six bears from a bile farm where they had been living a nightmare. Tuan told The Dodo:

We were a bit shocked. It was bad. To be honest, it was the first time I saw anything like this. 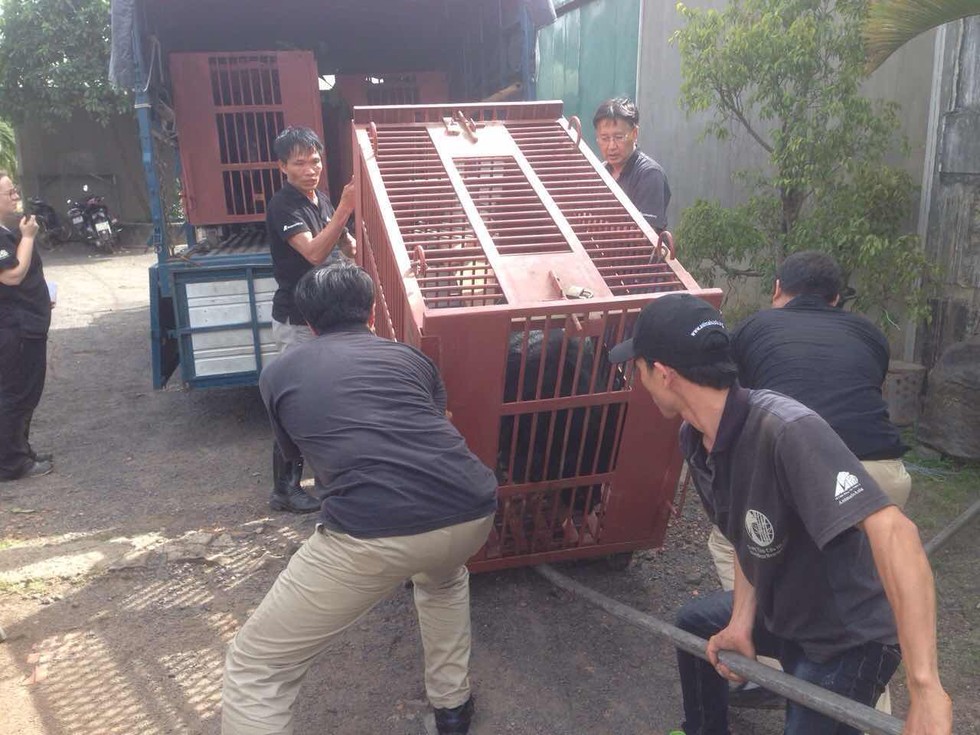 In these cruel enclosures, bears are detained in narrow, concrete cages with no outside view. They had been living like that for ten years, never having had the opportunity to be in contact with another bear or the outside world. The only time the bears got out of the cages was to have their bile extracted.

A bear's bile – in other words, the gastric product secreted by the liver – is a sought-after type of medicine by the Chinese. Bile is sold for very high prices. 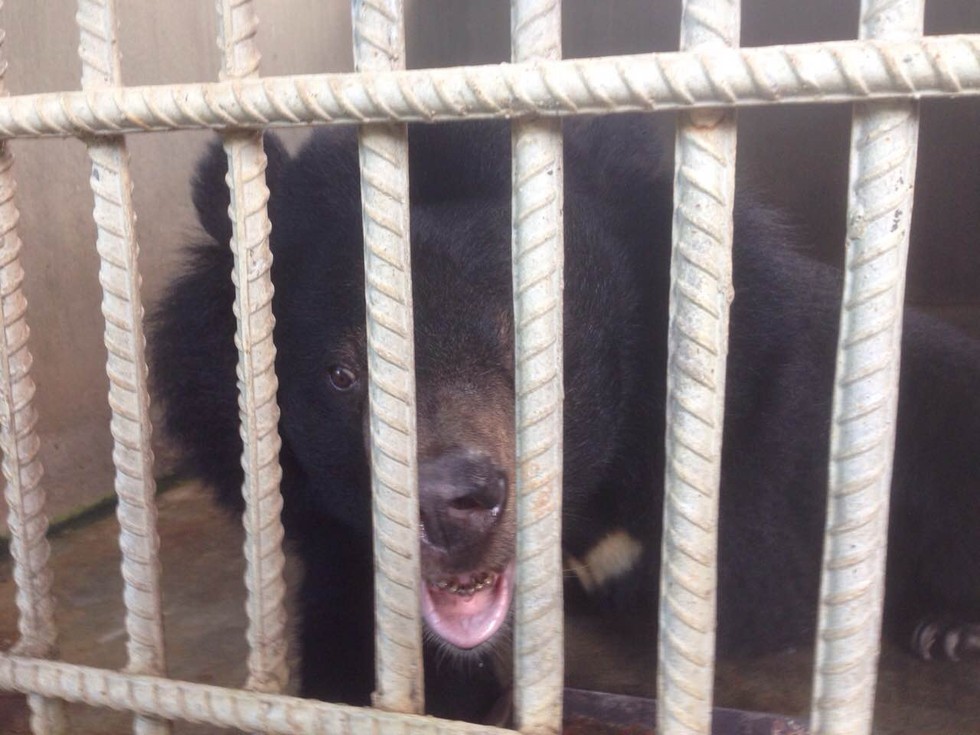 Unsurprisingly, the extraction method is exceptionally cruel. The farmer inserts a tube into a hole in the bear's back which vacuums the liquid directly into a container. It causes a great amount of pain for the bear and results in psychological complications for the animal.

Animals Asia activists saw many critical infections in the bears during their rescue mission. One bear, Snow, had two-thirds of his tongue missing. "It is likely to have been bitten off in a fight with another bear," explained Mandala Hunter-Ishikawa, senior veterinarian for Animals Asia. 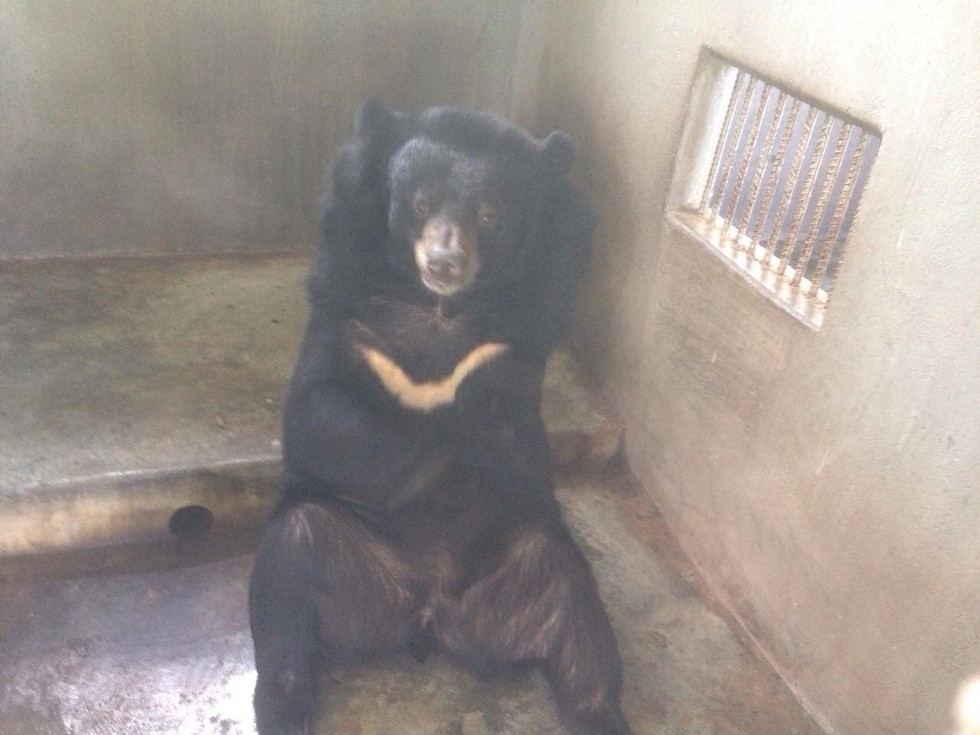 All six bears were luckily rescued and taken into medical care by the team. They will be sent to a specialized sanctuary in the town of Tam Dao to spend the rest of their days in peace.

Bear bile extraction has been illegal in Vietnam since 1997, but the incessant demand for the product by the Chinese market encourages the practice despite its ban. The government ordered the closure of all bile farms in 2005, but allowed the farmers to keep the bears, rendering the legislation completely inefficient.

According to Animals Asia, there are currently still 1200 bears held captive for their bile in Vietnam, and with China included, there are more than 10 000. You can help the organization continue their rescue missions to free bears from this hell by making a donation. 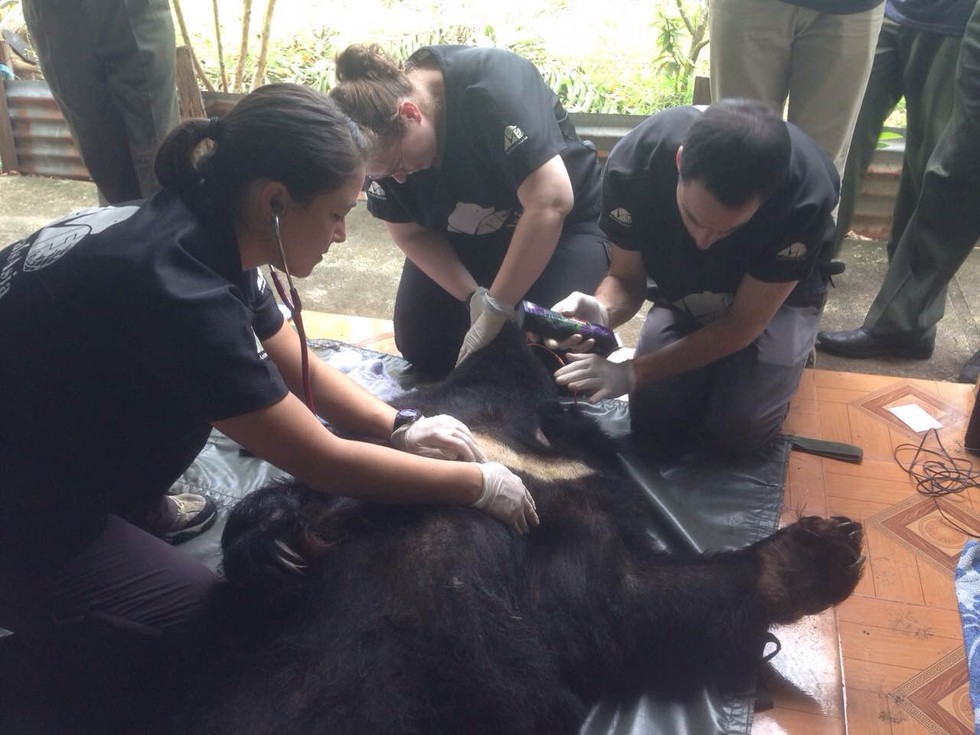