Images of bears, foxes and other wild animals being tied up and attacked by hunting dogs in Russia have horrified Russians and people all over the world alike. The photos were released after a proposed ban on bear baiting was struck down by the country's high court.

Videos and photos released by animals rights group Zoo Defense include dogs biting and attacking foxes with their muzzles tied shut, chained up bears and exhausted badgers at 'baiting stations', facilities where hunting dogs are trained to chase and kill wild animals. There are around 200 in Russia. 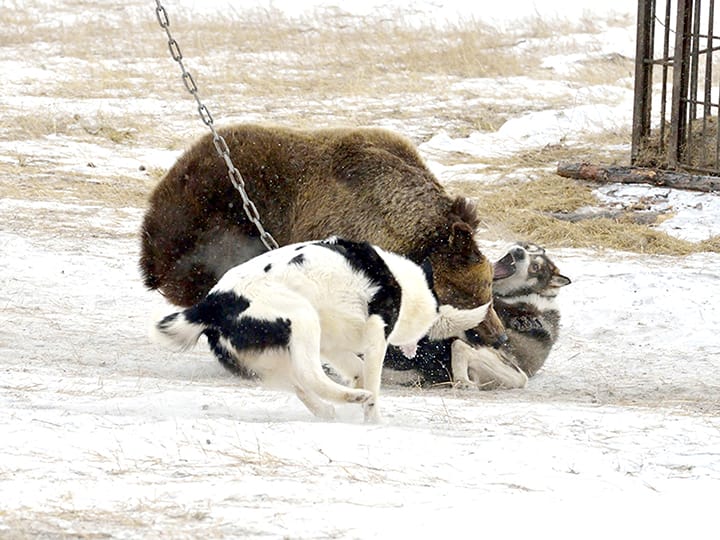 The animals that the dogs practice on are usually barely able to fight back. Those in favor of keeping the stations claim that the animals are not killed and receive medical attention if they are injured, but many say that these places allow widespread animal abuse. The videos and pictures seem to show animals terrified and bleeding. 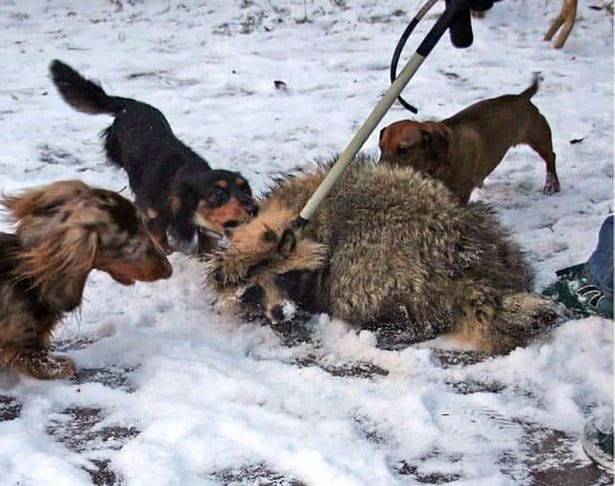 The ban on bear baiting was passed in late December by Russian parliament, with only five no-votes or abstentions. However, it was struck down by the high court after lobbying by hunting groups, who claimed that dogs can only be trained at baiting stations and that badly trained dogs could leave animals to suffer if they don't learn how to kill them swiftly. 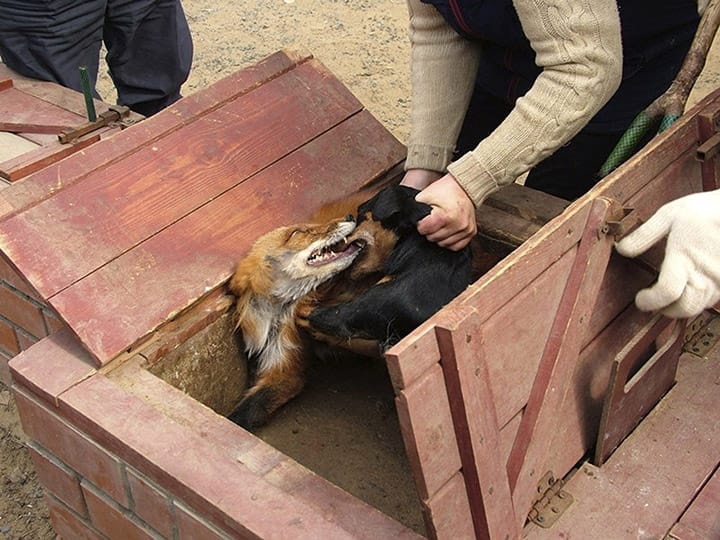 The ban, which said that dogs would have to be separated from bears and other wild animals by a fence, is expected to go through on appeal with support by president Vladimir Putin. House speaker Vyacheslav Volodin said "a situation in which animal abuse is encouraged is unacceptable for us".

Even if the animals are not killed at baiting stations, it is clearly an intimidating and frightening place for a wild creature to be. Animals deserve better than to die violently for ‘fun’. Speak out against hunting when you can.

Watch footage from a baiting station below: