Every year, tens of Eagles fall victim to big game hunting and end up either in rehabilitation centers or sadly fallen by the side of the road. 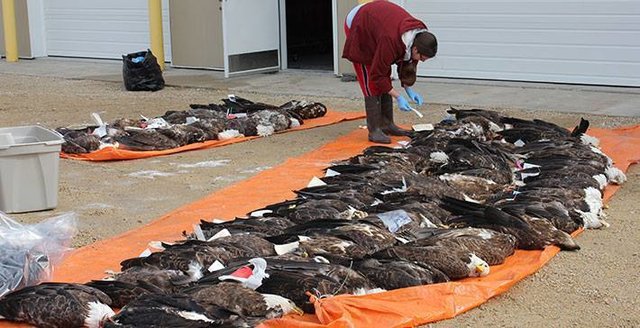 These animals which occasionally scavenge for food, sometimes eat the bodies of birds killed by hunters.

This behavior was generally quite low risk seeing as the birds' digestive systems are well adapted to this type of food a few years ago. However, hunters have begun to use lead pellets to kill their prey. Lead is an extremely toxic metal and therefore these birds are now in danger too.

The lead found in the pellets makes its way into the blood and attacks the nervous systems, causing temporary or in some cases permanent paralysis. If the concentration of the blood reaches a high enough level, it can even lead to death if not treated quickly enough. 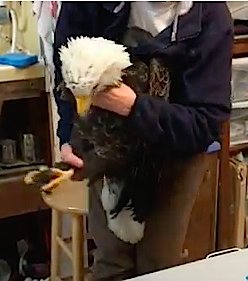 Last February, the rehabilitation center Blue Mounatin Wildlife in Pendelton, Orgeon, took in a bald eagle showing multiple signs of lead poisoning after eating the body of an animal killed by hunters.

Initially, the concentration of lead in his blood was impossible to detect because it was so high. The tool used is only able to detect concentrations of less than 66 micrograms per decilitre, which is already three times that of a dose considered dangerous for a bird of prey.

After diluting the bird's blood two times, the team discovered that the concentration of lead in his blood was 622 micrograms per decilitre, more than thirty times the dangerous dose. 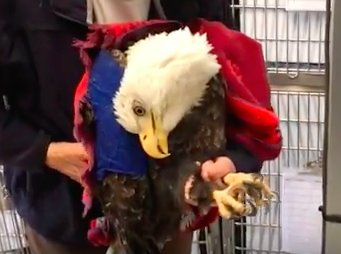 Sadly, despite the best efforts of everyone at the sanctuary and the medical team, the bird, named 17-084 passed away a few days later.

Lynn Tompkins, director of the Blue Mountain Wildlife Center analyzed the blood of 160 birds in 2016 and found some distressing results: 80% of eagles, 30% of Falcons and 25% of eagle owls had traces of lead in their blood.

This situation is becoming more and more common and animal activists have begun to call for the use of other methods of hunting that do not contain lead in order to save the numerous lives being killed accidentally and needlessly by hunters.