The bald eagle is the national emblem of the United States of America is a symbol of pride and strength. So seeing this majestic bird in pain is an especially disturbing. 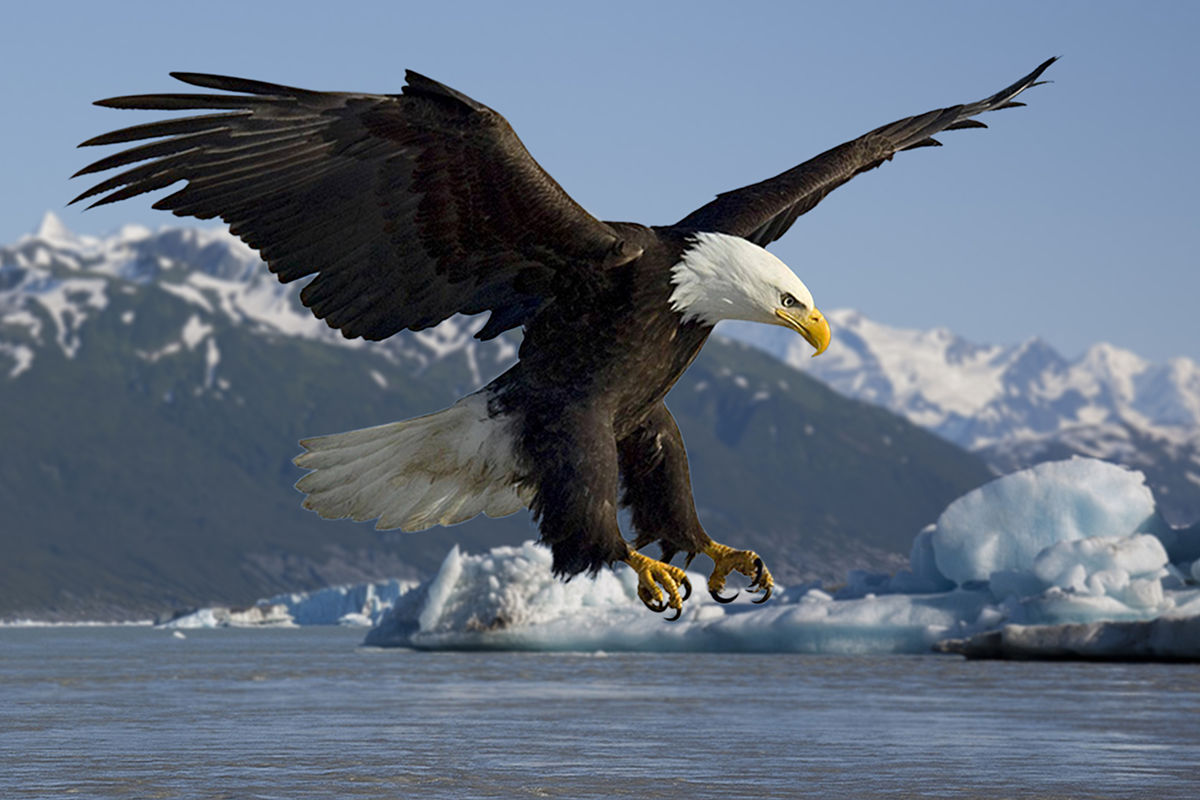 The eagle has been facing various threats in recent years such as mercury and lead poisoning. Last month, a bald eagle was taken in by the rehabilitation center Blue Mountain Wildlife in Oregon. He was paralyzed, his head hanging on his chest. 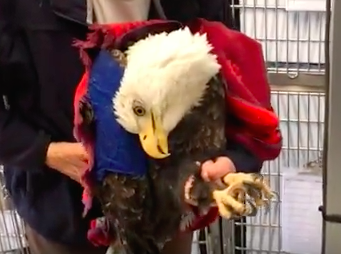 Sadly, this is not a unique occurrence – many birds end up injured at this center. Lynn Tompkins, the director, explained to The Dodo:

Lead affects the nerves, so that's your brain, your use of muscles, all parts of the body. The birds often cannot stand … They usually have difficulty breathing. They cannot even open their beaks.

The eagles ingest lead when they scavenge on animals killed by hunters with lead bullets. 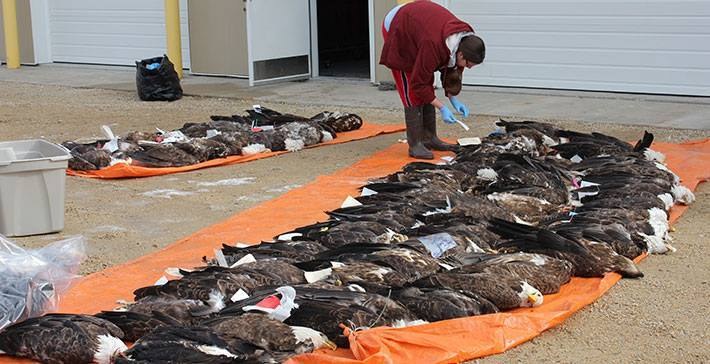 The most severe cases require months of treatment for the animals before they can be released into the wild again. Even with just a small ingestion of lead, the consequences can be disastrous. Lynn continued:

We had one eagle whose lead level was relatively low, but she was paralyzed, she couldn't stand, she couldn't unclench her feet. It took [six] months for her to fly normally again.

Eagles who have lead poisoning are at a great risk of being hit by passing cars as they become less alert. One who arrived at the center at the end of February died four days later. 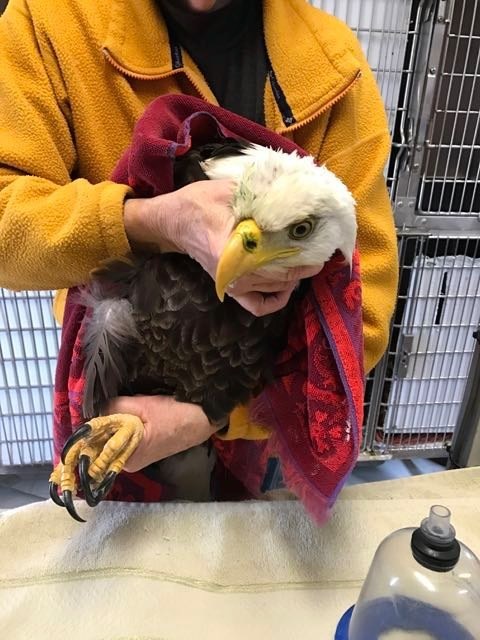 In Lynn's opinion, a large amount of raptors are infected with lead. According to an investigation that she headed last year, all 160 birds that were tested presented a level of lead in their bloodstream.

Watch the video below of the tragic effects of lead poisoning:

You can help Mountain Wildlife to help rehabilitate injured and poisoned bald eagles by making a donation here.