A dog was found sunburnt, severely underweight and completely bald by a man driving through the Utah desert in mid-January, as reported by  The Dodo.

Matt Bentley was driving off-road at the time, and approached the animal to find out what it was. The dog was in such bad condition he couldn't tell what sort of animal she was. 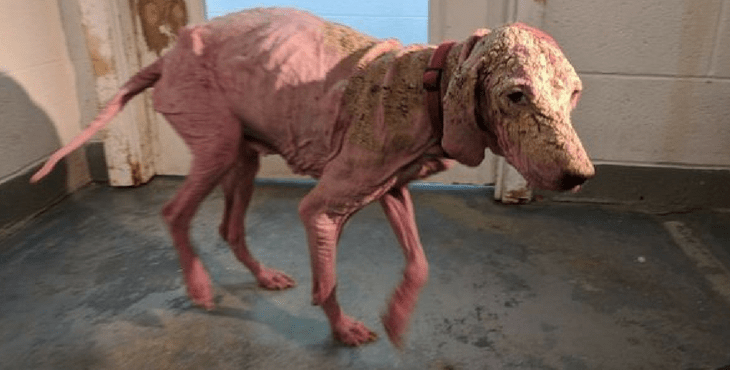 Luckily, the dog walked right up to Bentley when he called to her, and was eager to climb into his car after he encouraged her to do so.

Bentley took the dog straight to the nearest animal hospital, who got in touch with the Utah Animal Adoption Centre. The centre immediately offered to sponsor the dog's care.

Lila Oulson, who is the manager of the centre, was taken aback by the dog's condition. Oulson told The Dodo:

I was shocked. I’d never seen anything like her before. Her paw pads are so red that every step she takes, you can just tell it hurts her to walk. She’s so itchy that she just sits there and cries from the pain.

At the shelter the dog was named Kelly, and placed on antibiotics to help with any infection developing as a result of her mange. She is estimated to be 7-10 years old, but shelter staff can't determine her breed until her coat has grown back.

Her overgrown nails were also cut to make her more comfortable, and carers at the shelter have been massaging her with coconut oil to soothe her skin. 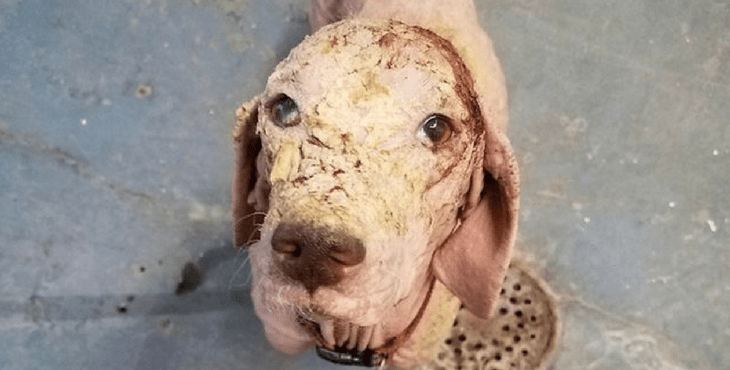 Unfortunately, Kelly was most likely a stray or had been abandoned in the desert by her previous owner. Her condition was so serious that Oulson expressed amazement at the fact that the dog had survived:

She’s a little fighter to be alive through everything she’s been through. I have no idea how she survived. Judging by how skinny she is and the condition of her skin, we’re guessing that she had to have been out there for at least three months.

Though Kelly is currently in isolation because her mites are contagious, she seems to be well-trained and socialised. Describing her character to The Dodo, Oulson said:

She’s just a sweet girl — as sweet as could be….dogs just have this resilience even when people do bad things to them…she’s definitely one of them. 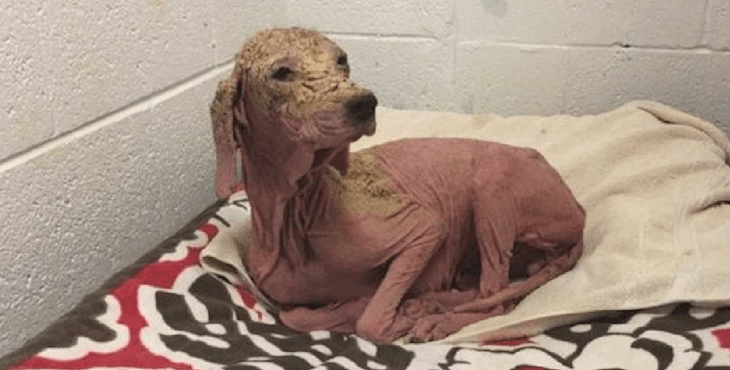 Kelly will be spayed and put up for adoption as soon as she's well enough. The Utah Animal Adoption Centre recently uploaded a video update on Kelly's condition, which you can watch here.

You can support the Utah Animal Adoption Centre and the incredible work they do by clicking here, making a donation and helping them to continue saving animals.