A group of 30 elephant calves captured last August are reportedly on their way to China in a move that is being seen as highly controversial by several African countries.

The calves, all between the ages of three and six years old, were taken from their families at Hwange National Park in Zimbabwe to be sent abroad, mostly to zoos in China. The operation, allowed by the Zimbabwean authorities, was caught on film and leaked by British newspaper The Guardian. The brutal treatment the calves were forced to endure, such as a 5-year-old calf being repeatedly kicked in the head, caused international outcry.

At least one of the calves is said to be very sick, one being covered in open wounds and barely able to stand while another is possibly traumatized, refusing to interact with anyone. Over the last few years, at least one calf has died on the way to China. 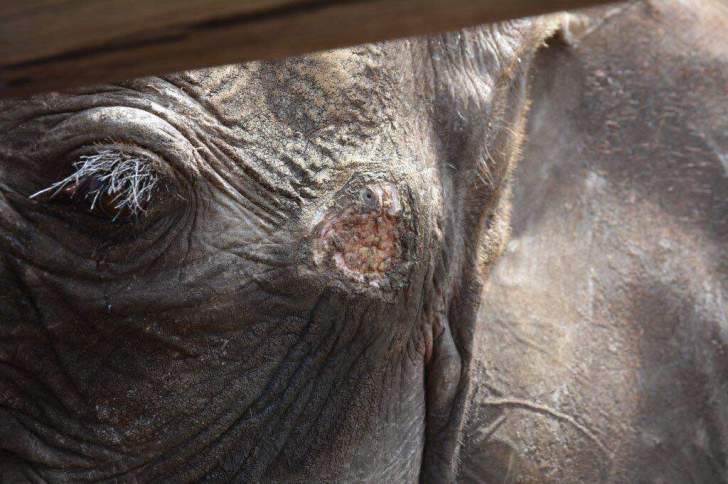 Despite the outrage, the sale went ahead and the elephants will likely spend the rest of their lives in captivity. The Convention on International Trade in Endangered Species (CITES) states that capturing and selling elephants doesn’t break any laws, as long as the sale benefits conservation efforts and is ‘non commercial’.

However, many are now questioning whether putting elephants in captivity benefits them at all. Peter Stroud, who formerly directed a zoo which imported elephants from Thailand, said:

There is now abundant evidence that elephants do not and cannot thrive in zoos. Young elephants will never develop naturally as socially and ecologically functioning beings in zoos.  They will face a very long and very slow process of mental and physiological breakdown resulting inevitably in chronic physical and mental abnormality, disease and premature death. 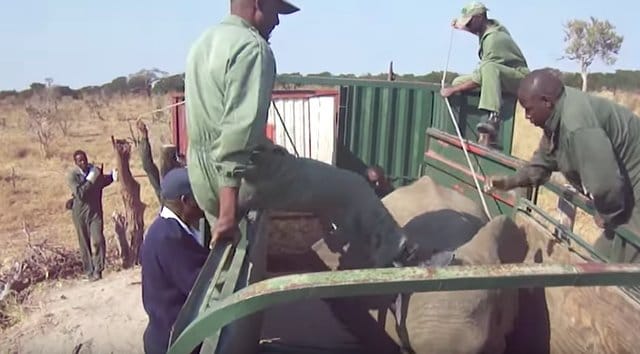 Several other African nations said they were "concerned about the plight of African elephants, including juvenile animals, captured and sent to captive facilities outside of the species' range" at a recent African Elephant Coalition meeting. The coalition is made up of 29 African nations, which represents roughly 70% of the animal's range on the continent.  If talks continue in this direction, some countries may join South Africa in banning wild elephants from being captured for permanent captivity.

However, things do seem to be looking up for these vulnerable creatures. China banned the ivory trade last year, which was seen internationally as a massive step forward for what was previously the world's largest importer of the material. There have also been victories for circus elephants as many countries and states have banned wild animals from performing. 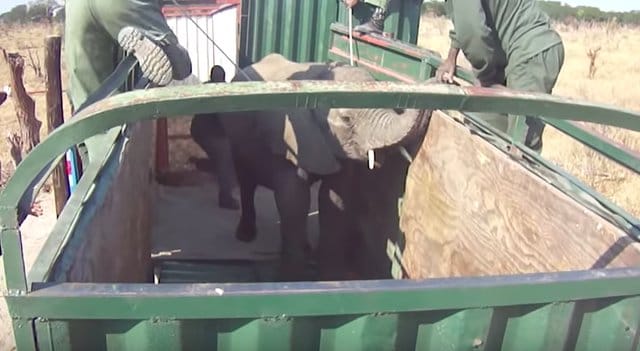 Elephants are long-lived, highly social, intelligent animals with very close and lasting emotional bonds. A female calf stays with her mother and with her relatives for the rest of her life, which may be over 60 years. And because elephants experience such deep attachment to one another, breaking these bonds has long-term and devastating effects on the calf — who loses everything it has ever known.

Elephants are poached for their tusks and even their skin, which is used in traditional medicine. As humans move into their territory, the risk of them being attacked for destroying crops and buildings is also higher.

If you would like to help protect African elephants in the wild, please donate to WWF.

Watch the video of the elephants being captured below: