Every year in Japan, the disturbing Taiji dolphin hunt brutally kills and captures thousands of the marine mammals for commercial purposes.

Pods of dolphins are first encircled and forced into a cove where they are surrounded with a net. The youngest and most attractive are captured to be sold to aquariums, most of the rest are killed for their meat. 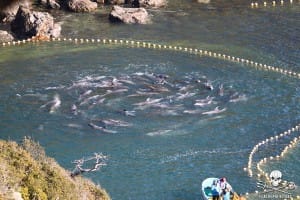 The "lucky" ones who survive are sent back to the ocean, confused and traumatized after witnessing the murder of their families.

The whole ordeal is approved by the Taiji government and is heavily protected by police, so protesters and onlookers can't do anything to stop the massacre. 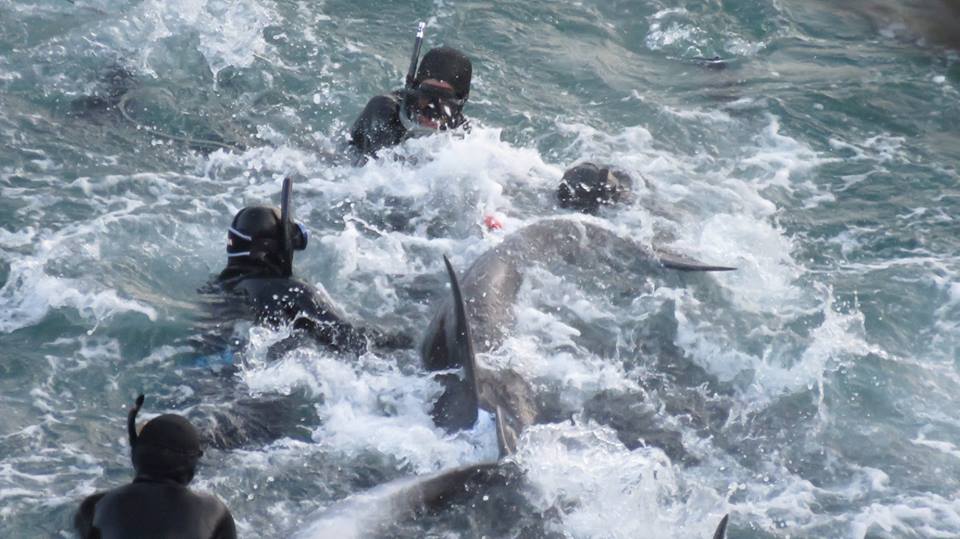 One of the volunteers, Liz Carter, witnessed and recorded the event to spread awareness and pressure the government to shut down the hunt.

Her heartbreaking video shows the aftermath of one of the biggest catches. Three-hundred dolphins were captured, and the clip shows a baby being forcibly separated from his mother, as he thrashes and fights to get back to her. 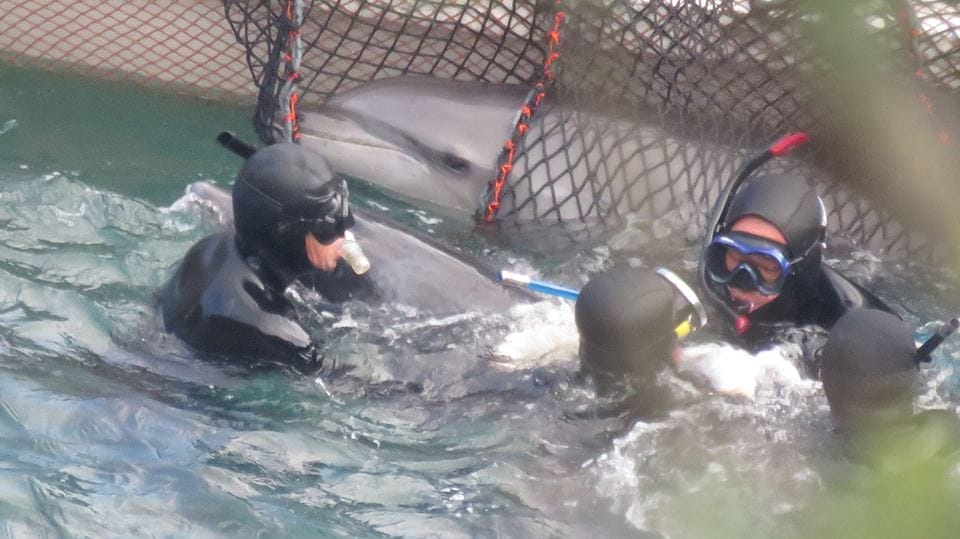 His mother frantically tries to follow him, but divers take him away.

MVI_5484Captive selection of super pod of bottlenose dolphins driven into Taiji, Japan 20th January for 5 days of selection -24th January 2017 100 dolphins were stolen, some died from the process
juveniles ripped from their mothers,this scene, the mother and child are desparately trying to stay together..
Your entertainment has been stolen from the wild ..destined for marine parks and aquariums..stop supporting swim with dolphins , marine parks that hold,captive dolphins ..filmed today in Taiji, Japan , watch the Cove movie to learn more about dolphin captivity .. the price of a ticket and a day trip out to a marine park isn't worth this #superpod #broome #lovebroome #IMATA #taiji #tokyo2020

He will more than likely be sold to an aquarium or marine park to be ogled by the public and live out his days in a minuscule tank.

Dolphins are a highly lucrative business for the tiny town of Taiji. A live dolphin can be worth upwards of $30,000, one of the many reasons the hunt has not been shut down. 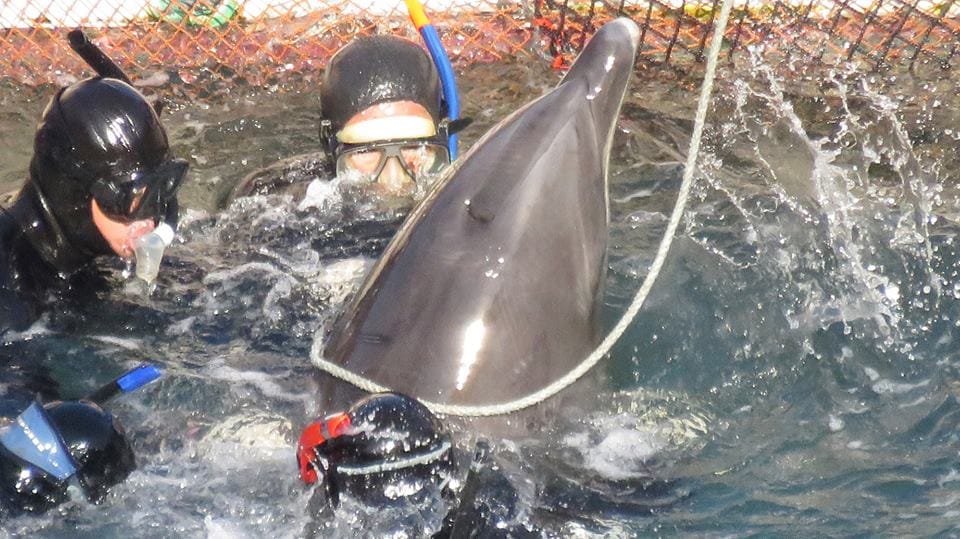 Dolphins have been hunted for hundreds of years, but the new and exceptionally cruel round up methods have only been enacted recently, making the claim of tradition completely fabricated.

This practice has only been around since the invention of motorboats.

To help shut down the practice, you can first and foremost, commit to boycotting marine parks and dolphin shows. You can also write to the Japanese prime minister and donate to The Dolphin Project. 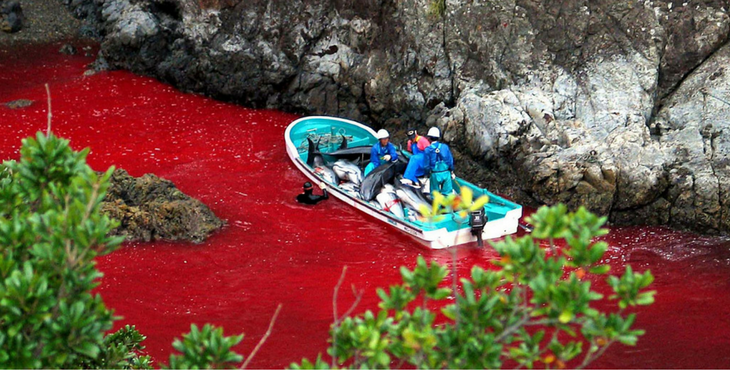