Tilin is a Hamadryas baboon from Bolivia. He has suffered through the absolute worst animal experiences for 17 years of his life, reports The Dodo. 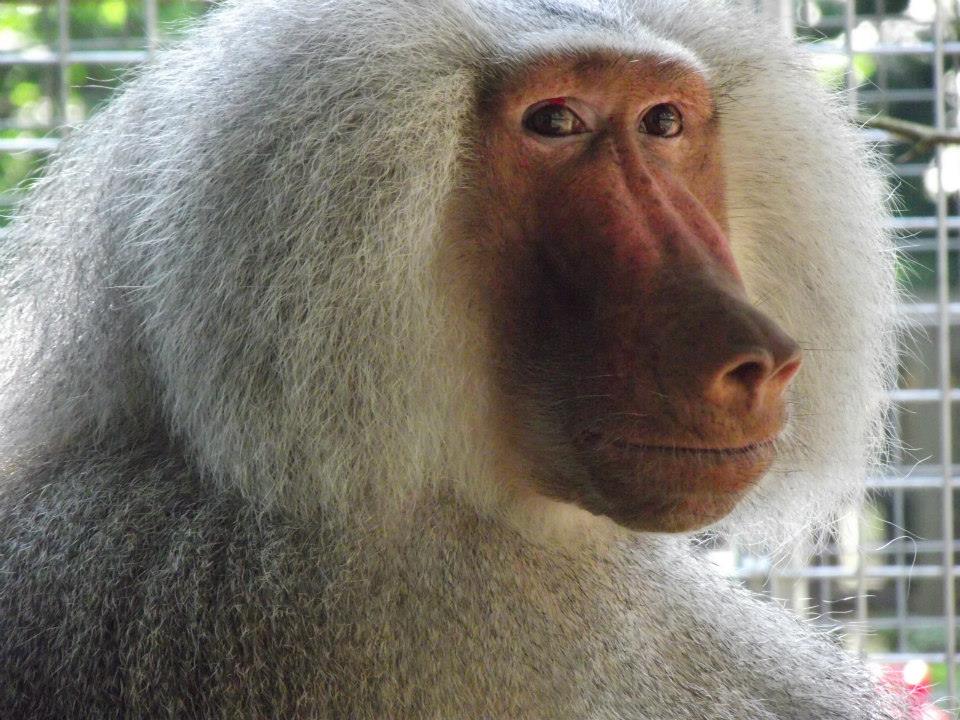 He spent all his time either being forced to perform for humans in the circus ring or locked up in the smallest cage. But that all came to an end in 2010, when Tilin was taken away from the cruel circus and transferred to a sanctuary.

Animal Defenders International, an organisation that has been fighting against the entrapment of animals in circuses, pulled off the successful rescue of the baboon, as well as a nationwide ban on circus animals in 2009.

James Shaw, one of the founders of the Lakeview Monkey Sanctuary in England, told The Dodo:

Tilin was found starved of primate companionship, living next to lions and with a chain around his neck. 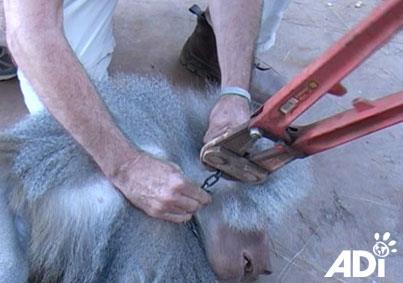 As soon as they cut the chain off, it was symbolic of his new life and newfound freedom at the sanctuary. However, when the baboon arrived, he had a hard time moving around because his legs were so weak from all the years inside a cage. He wasn't used to wandering around freely. 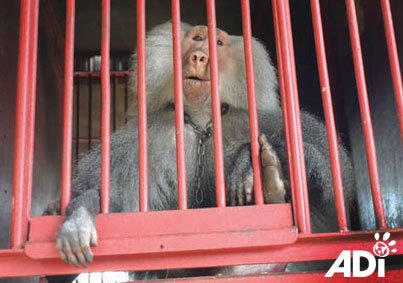 Luckily, Tilin's spirit and character hadn't been lost. He enjoyed being read to by the caretakers at the sanctuary and grew close to them, recognising each of their voices. He was also given a balanced diet and plenty of exercise, helping him to regain strength in his legs.

Shaw said he knew the baboon was doing better when he stopped repeating certain behaviour he had learnt in the circus. For example, Shaw said:

After years of being confined to a tiny beast wagon, Tilin would spin repeatedly in a corner replicating the behaviours he had used to relieve his past boredom and stress.

But by far the most heartbreaking part of Tilin's past was his lack of friends or any social interaction. He had been living alone for 17 years, which must have been incredibly tough on the poor animal's mental state. Baboons are social creatures, just like humans. 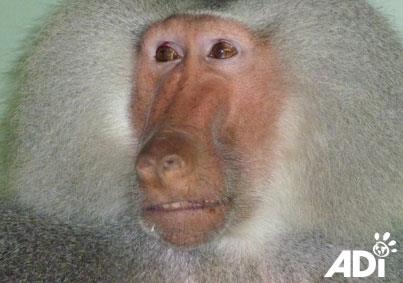 Fortunately, Shaw knew someone who told him about another baboon, the same species as Tilin, who was also leading a lonely life in a donkey sanctuary. Her name was Tina and she was exported from Israel to Cyprus, where she was part of the country's exotic pet trade.

As soon as Tina was too big for her owners' house, she was sent to the donkey sanctuary. She arrived at Lakeview Sanctuary in June 2011 and was slowly introduced to Tilin. 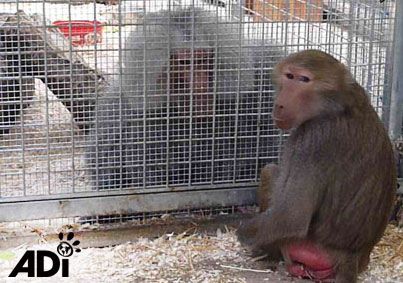 After a while of communicating through fences, it became clear the pair wanted to be in closer contact. Shaw continued:

The moment Tilin and Tina met, they were inseparable. They ran to each other, embracing and vocalizing, then Tilin turned to us humans and, in no uncertain terms, threatened us to make us leave them alone. We spent the next few hours hiding behind the trees trying to monitor the situation in case anything happened. Every time Tilin spotted us, he told us off. 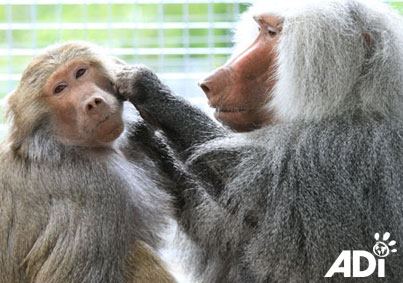 The happiest "old married couple" in the animal kingdom, Tina and Tilin enjoy their peaceful days together with an even bigger enclosure than before. They have helped each other overcome their traumatic pasts and given each other the love they've always so desperately lacked. 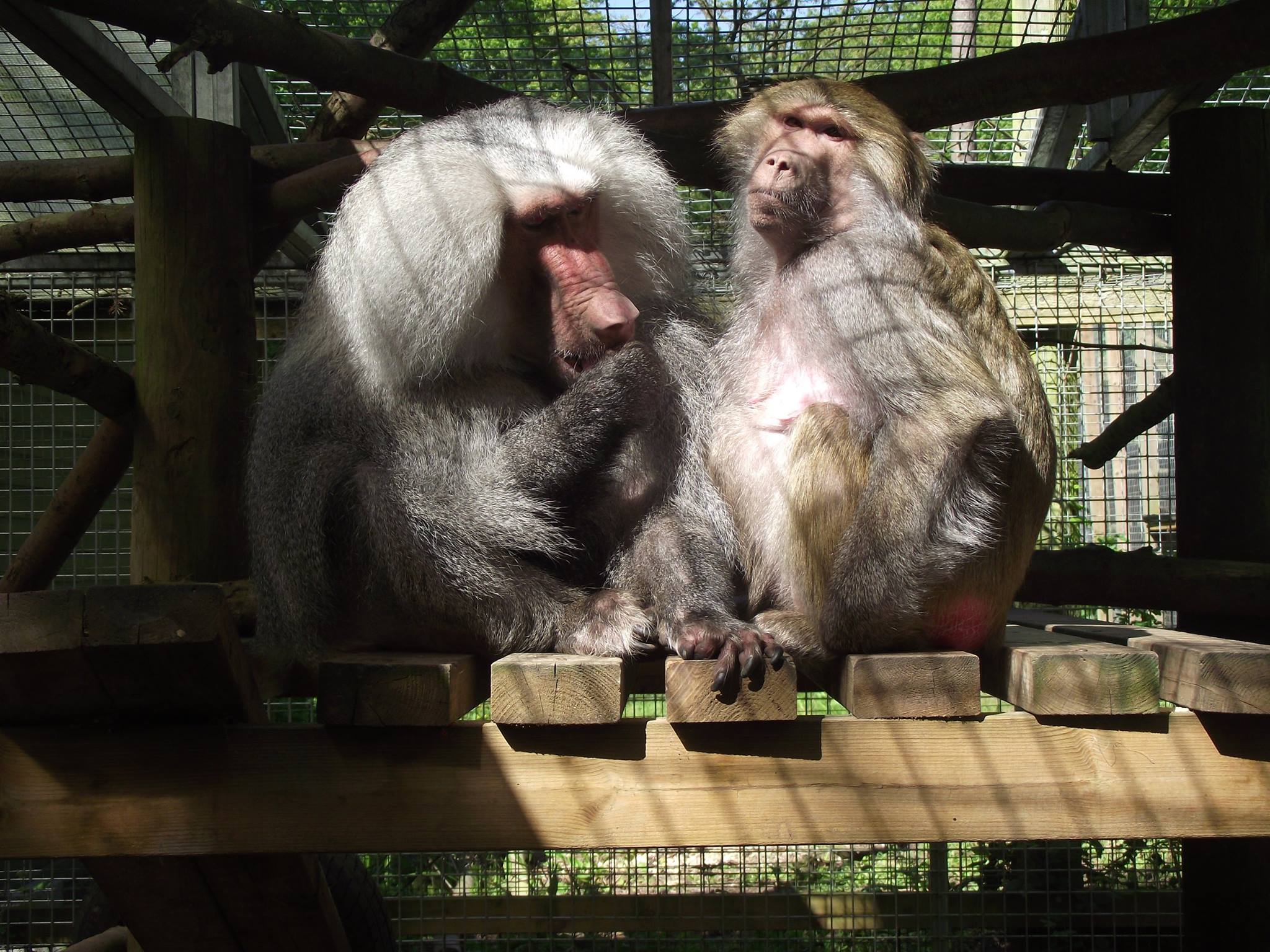 If you'd like to make a donation to the Lakeview Monkey Sanctuary, click here, or alternatively support ADI and its fight against circuses.