On Sunday the 13th of May, the Genoa Aquarium in northern Italy were finally able to set free five loggerhead sea turtles which had been living there recovering from illness and injury for several months.

The event was celebrated among the local community, with a crowd gathering on a beach in Genoa to see off the turtles named Zelda, Ariel, Tosca, Ciliegia and Primavera. Politicians and specialists from the aquarium were also present.

The centre has been taking in sick or injured sea creatures with the aim of rehabilitating them for several years now.

The five turtles all came to the aquarium at different times and for different reasons, with Zelda being the first to arrive in October 2017. She weighed just 15.3kg (around 30lbs), and measured 49cm (19in) in length and 44cm (17 in) in width. She had swallowed netting and fishing lines which had led to pneumonia, and the disease was slowly killing her.

After being saved by a fisherman in a dam near the port of Genoa, she was brought to the aquarium for rehabilitation. Happily, she made a good recovery, and was able to return to her natural habitat along with the four other turtles.

Two days after Zelda arrived at the aquarium, Ariel was brought in. She was anaemic and exhausted by the parasites and leeches covering her body. Thanks to the expert care she was given at the centre, she soon regained a healthy red blood cell count.

Almost eight months later and at a sturdy weight of 28.3kg (83lbs), she was ready to go back to the sea along with Zelda. 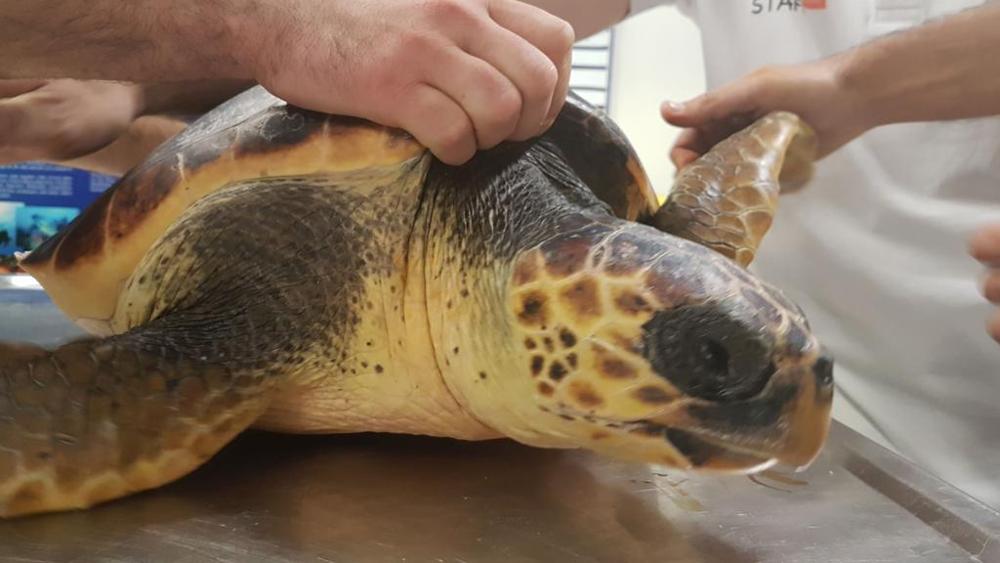 Tosca was found a few hours down the coast from Genoa, and weighed a mere 14kg (30lbs), despite being 50cm in length (19 inches) and 47cm in width (18 in). She had swallowed 115cm of fishing line (45 in) which was stretched through her entire digestive system.

Given her critical condition, she was quickly transferred to the aquarium in Genoa to receive specialist care. Three months later, Tosca managed to expel the fishing line and regain her health.

Ciliegia (Italian for cherry) was found during a sailing competition West of Genao in April. Last but by no means least, Primavera (Italian for spring) was caught in a fishing net by accident in March, and was suffering from pneumonia.

Thanks to the dedicated care provided at the aquarium, both became strong enough to return to the wild in May. 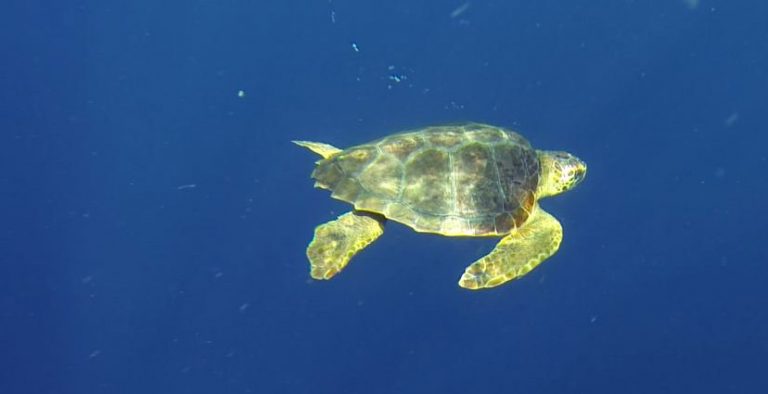 Before being released, the turtles were equipped with name tags and microchips so that they could be tracked.

All five turtles have now happily returned to their natural habitat healthier and stronger, thanks to the hard work and dedication of the aquarium.