Unusual animals couples often take the internet by storm, but the Metro Richmond Zoo in Virginia has made a massive success of their own odd couple, Kumbali the cheetah and Kago the dog. 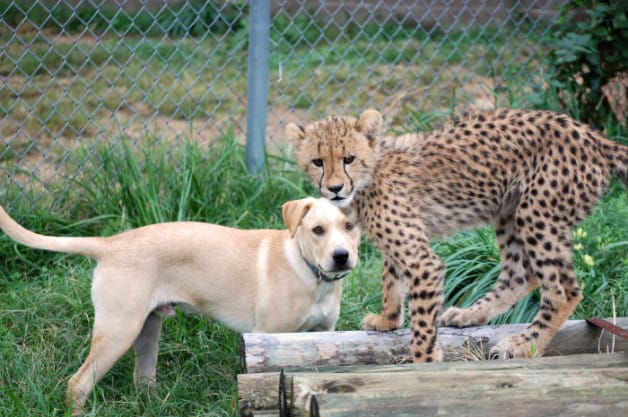 Kumbali and Kago were first introduced in 2015 after the little cheetah was rejected by his family. Born at the zoo, he had lost weight and was hand reared by the keepers, who fed him with a bottle and kept him warm in an incubator. As he got older, he started to show signs of anxiety and was given a companion: Kago.

A Labrador-mix, Kago was saved from a high-kill shelter in Alabama when he was 10 weeks old and, after a short stint in quarantine, allowed to meet his new friend in the home of one of the keepers. They clicked immediately and have been inseparable ever since. 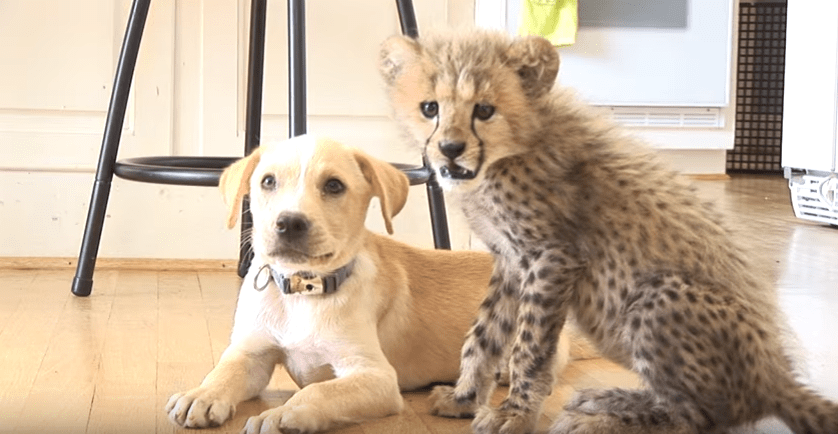 Their beautiful friendship caught the hearts of the internet after a video of them was uploaded to the zoo's YouTube channel and they gained millions of fans from around the world. Since then, they have featured in other videos and can be seen playing together in their shared enclosure by visitors.

You might think that it's unusual for dogs and cheetahs to be paired together, but zoos have been using this method to help the anxiety-prone cats for over 30 years. Cheetahs are naturally social animals and males, like Kumbali, will form groups with each other in the wild after leaving their mothers.

In captivity, when a cub is rejected and left on their own, zoos have to find other animals to be their companions. Dogs are ideal for this as they are comfortable around humans and can show the more cautious cheetah that they can trust their keeper friends.

As the zoo says on their webpage for the pair:

This symbiotic relationship would never happen in the wild; however, we believe the positive outcomes outweigh any negative. As the two grow up together, they create a bond that becomes almost inseparable, sibling-like. They provide companionship for each other.

Kumbali and Kago's tale is truly one of friendship, showing us that love knows no boundary, even for dogs and cats!

If you would like to meet this adorable couple or learn more about them, you can visit the zoo and their website! You can also make a donation if you want to support the zoo and its animals.