The Palio di Siena has taken place in piazza di campo every year since its medieval beginning in 1200, and this year is no exception. The spectacle is comprised of two horse races, one on July 2 in honour of  Madonna of Provenzano, and another on August 2 in dedication to the Assumption of Mary.

The Palio is a competition between the 17 contrade (districts) of the city, in the form of a medieval-style horse race. In order to make way for the famous contest, the main square of the city is covered with sand to create the track upon which the horses run.

10 of the 17 total districts take it in turns to participate in each Palio. In order to win, the horse of the district (with or without its jockey) must be the first to finish three laps of the square. In general, the rapid race takes no longer than 90 seconds. 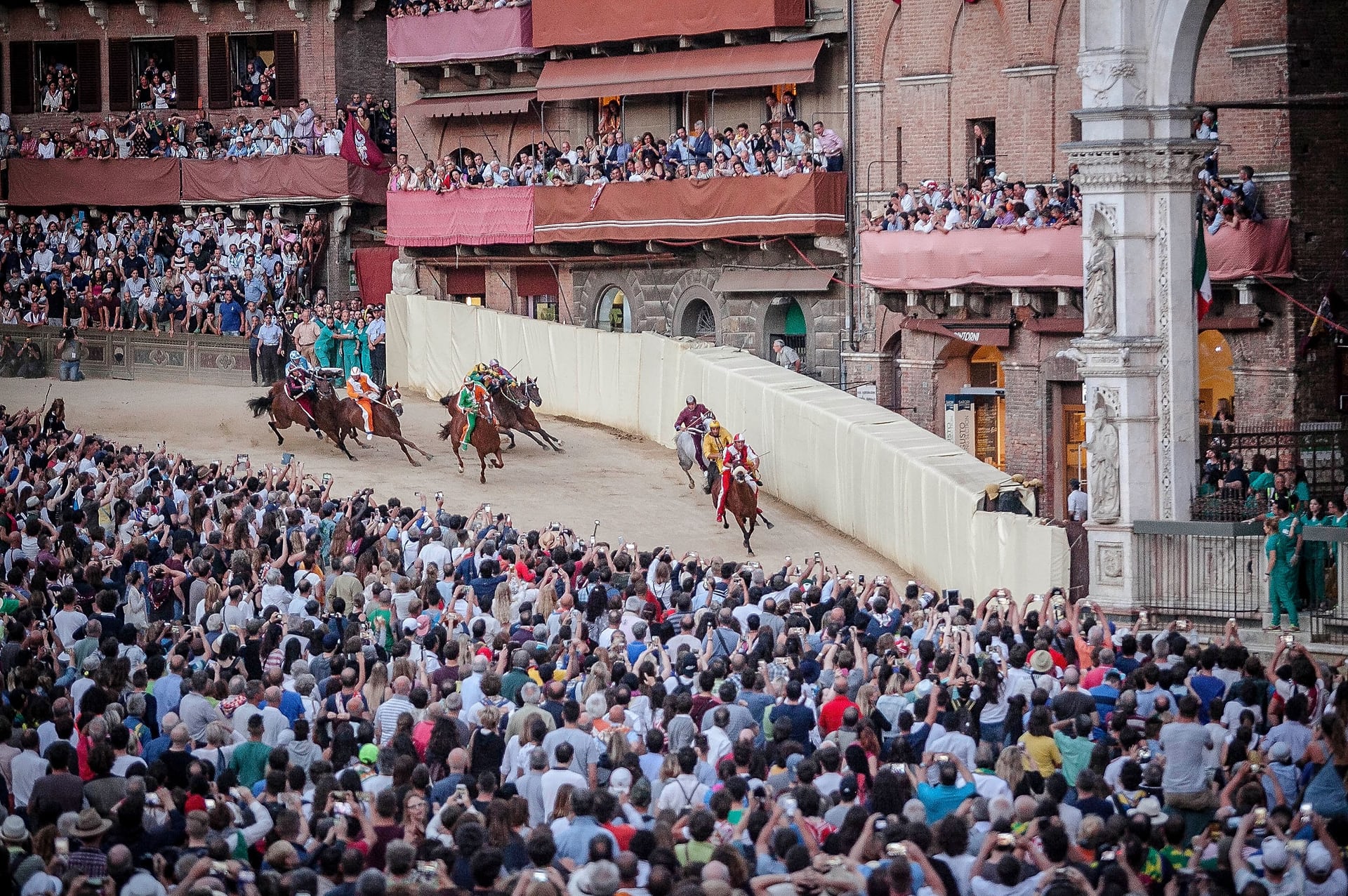 Deeply loved by the residents of the city and tourists from all over the world, the Palio never fails to arouse a certain amount of controversy. In particular, animal welfare organisations argue that this tradition is dangerous and cruel to the animals that are forced to participate.

According to the estimations of the Italian animal welfare association, LAV, a total of 50 horses has died between 1970 and 2016 as a result of falls and accidents during the course and the weeks of training leading up to it. The last fatal injury occurred in 2015, when a horse slipped on the sand, inflicting an injury deemed too serious to recover, reports the Italian news journal  Il Fatto Quotidiano. 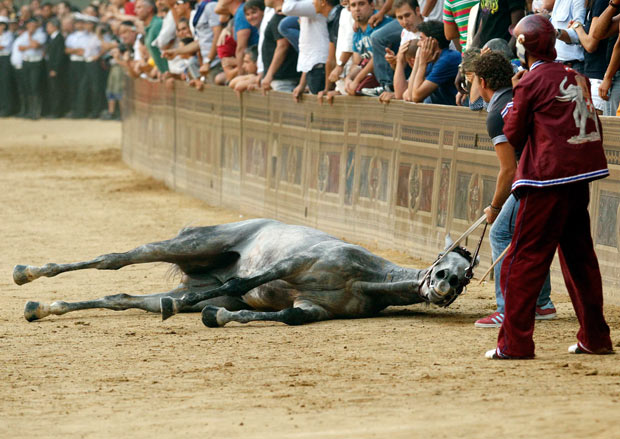 Made of rock covered with sand, the terrain pm which the race takes place is particularly slippery. The extremely sharp corners, curves, and rapid speeds that bring the thousands of spectators to this event every year all lead to a dangerous race.

Various Italian animal welfare associations have been trying for years to abolish the competition and assure that the horses that do take part are properly cared for.

While the abolition of this traditional event may seem far-fetched, because of a variety of both historical and economic reasons, measures have been taken since the 1990s to make the event safer with padding, antidoping measures and medical assistance on hand. 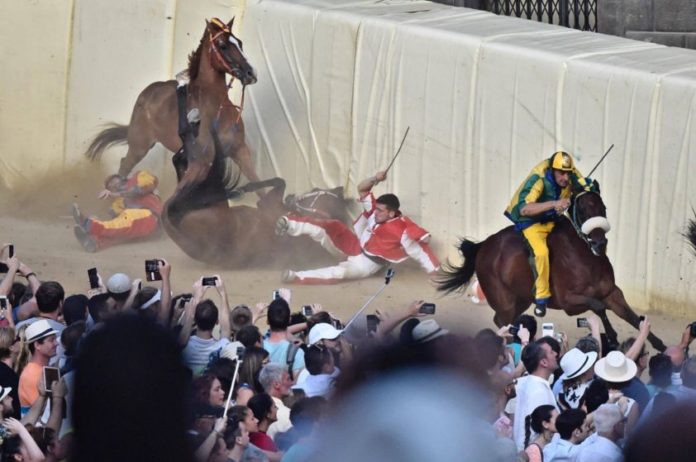