Nugget, an adorable 3-year-old cat, had a horrific experience that could have cost her her life.

The little cat's collar became wedged into her armpit after her leg got stuck, giving her a deep, nasty injury. Lucy Green, a member of the Royal Society for the Prevention of Cruelty to Animals (RSPCA), was called by a good Samaritan at the end of June in Hutton Cranswick, Northern England, and went to her rescue. 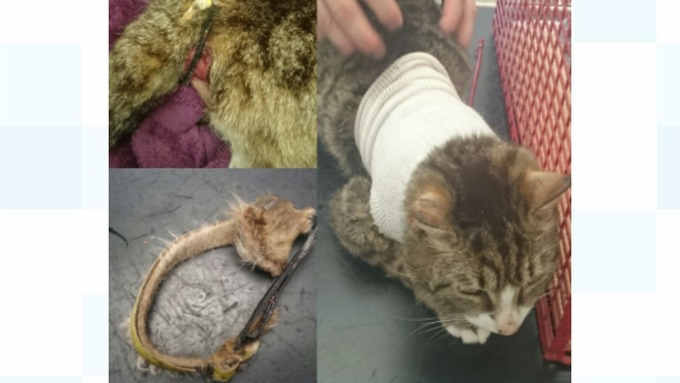 She told the The Mirror:

I went out that day and I smelt the poor cat before I saw her. It was pretty putrid and infected. There were a lot of flies on her but luckily there were no fly eggs or maggots in the wound or it could have been a much worse prognosis for her.

Nugget was quickly taken to a veterinarian to get the collar out of her and clean her wounds. She was in a lot of pain, which made her react aggressively, but as soon as the team got the collar off her, she calmed down.

According to the veterinarians, the wound was so deep that her skin had started to heal over the collar. She had been alone for quite a while. 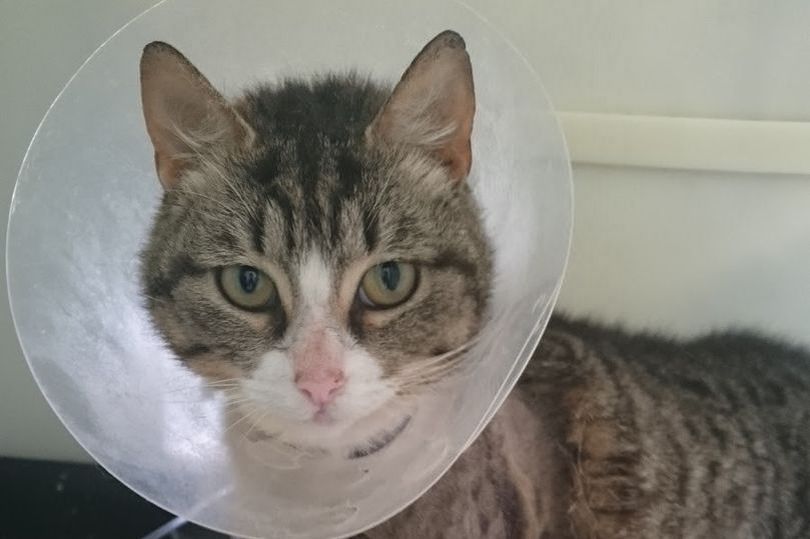 Nugget's case is far from isolated; since the start of 2017, more than 100 cats have been reported to have been injured in some way by their collars. The RSPCA has since decided to alert cat-lovers to the harm that certain collars could do to their beloved animals.

They recommend that instead of using collars that are elasticated, have buckles, or cannot be removed without human help, they should use quick-release collars, which snap open when tugged and therefore pose less of a risk to felines. Collars like this also lessen the risk of choking to death if the collar gets caught on something while they're out exploring.

Since most anti-flea collars don't have a snap mechanism, they also advise against buying these, and to use traditional defleaing medications instead.

If you would like to adopt Nugget, you can find more about her here. You can also donate to the RSPCA to help them continue the amazing work they do for animal-kind, or to the US equivalent, the ASPCA, if you live in America.