Animal Aid Unlimited, an animal rescue group working in Undaipur, India, received a call about an injured dog at the end of December. When they got to the scene, the poor pooch was in a bad way, lying still and unmoving in the street. The group said:

He could hardly even lift his head. He must have gotten the big deep wound on his lower back with the same blow that injured his back–probably from a passing vehicle. 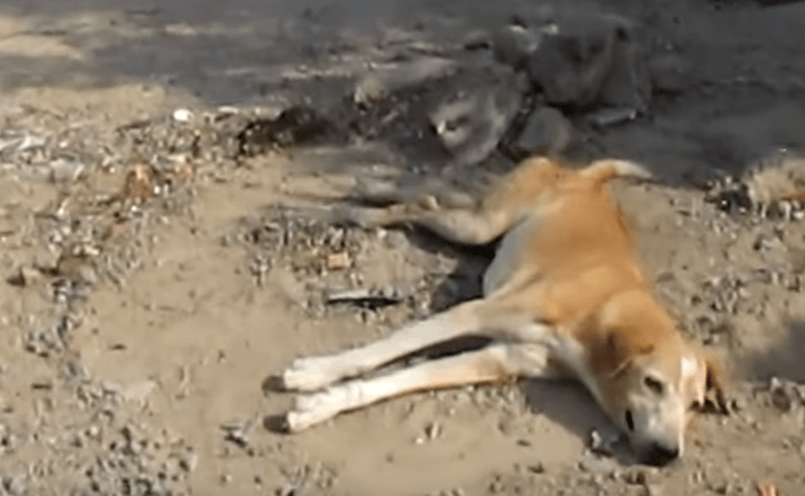 It was clear that the dog's situation was dire; his injuries meant that he couldn't walk and without treatment, he was surely going to die. Animal Aid's team scooped him from the ground and took him to their shelter, where they washed his nasty wound and began the long process of helping him to recover.

Although the adorable dog, who they named Robert, was the perfect patient, the volunteers weren't sure that he would ever walk again. To give him the best chance, they gave him daily massages and physiotherapy to make his legs stronger. 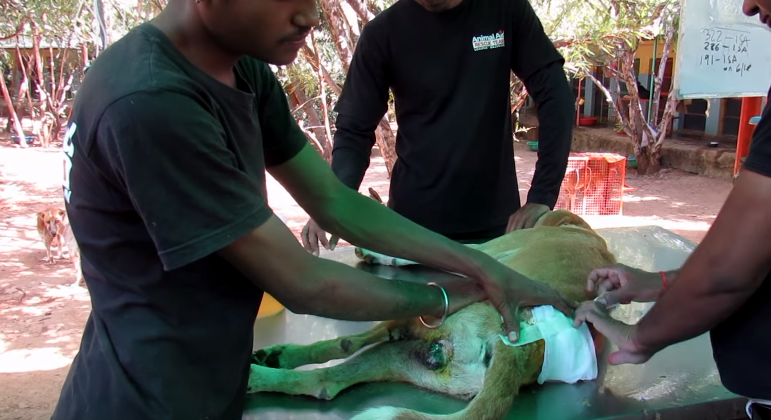 After a few, long weeks, their hard work and faith started to pay off; Robert took a few steps, with the help of one of his human friends. It was difficult and he was very wobbly but, as the team knew well, he was determined to survive.

And survive he did! Just 7 weeks after his accident, Robert was walking on his own again, happily playing with the other dogs and his human rescuers at Animal Aid's sanctuary. The team were ecstatic and see Robert as a reminder that even dogs who need weeks of treatment can be saved:

His soft button eyes always said “I’ll try my hardest to get well!” even when he was unable to walk, and through all the therapy sessions which followed. What a beautiful way to wrap up 2017–Robert’s is a story of happiness and optimism in the face of serious trouble. Robert is the sweetheart to ring in the New Year. 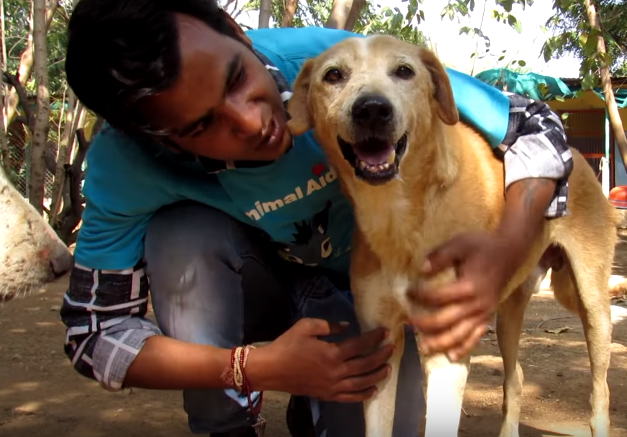 You can help support Animal Aid Unlimited's amazing work by donating or sponsoring one of their dogs.