In the wake of Hurricane Harvey, several stories of resilience and hope have won the hearts of the internet. Otis, the dog pictured braving the storm with a bag of dog food became the canine symbol of strength, and now a new feline star has emerged from the floods. 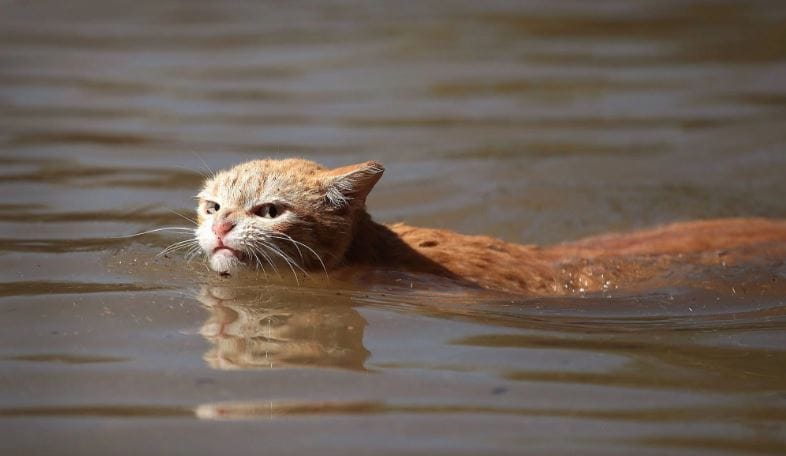 Scott Olson, a photographer from the Los Angeles Times, captured the photograph of one extremely angry looking cat facing the storm as only a cat could, annoyedly.

Felines are well known to hate water, so when the poor animal was caught in the floods after the apartment building where he lived flooded, he was forced to swim his way to safety. It seems safe to say that the cat wasn't best pleased about it. 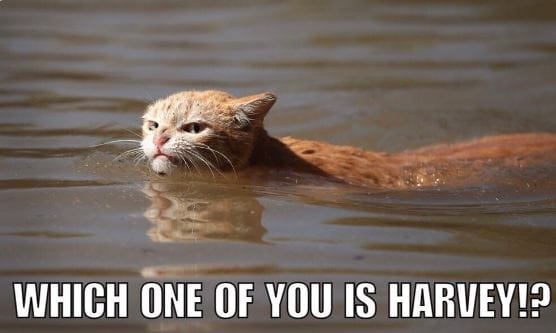 His hilariously angry expression has taken the internet by storm, with users everywhere commending the brave cat for tackling the storm so indignantly.

Now, the image has been used by twitter users everywhere to make the best out of this terrible natural disaster by turning the image into a comical one. This angry cat has now become a symbol of resilience during this difficult time. 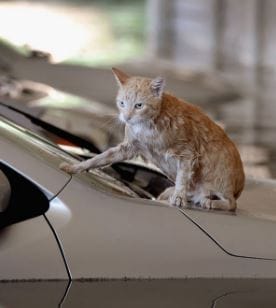 Luckily, this angry cat was able to make it out of the water and back to the safety and comfort of dry land.