In 2016, French animal welfare charity OneVoice carried out an investigation into angora rabbit farming, with the aim of showing the extent to which the animals suffer while having their fur removed. Today, in 2018, after receiving new images provided from a whistleblower, it seems that the situation has not changed. The charity has accused the government of "turning a deaf ear". 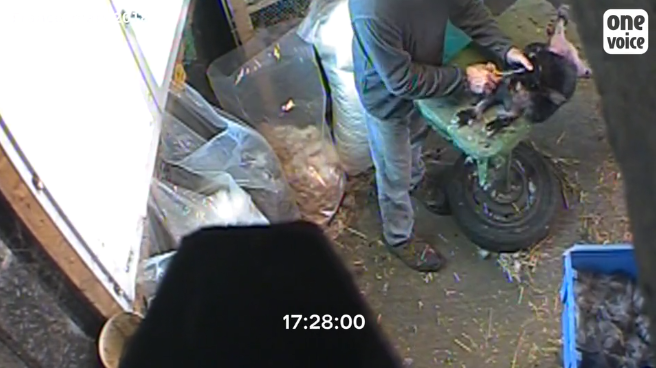 Members of the charity infiltrated six of the largest Angora rabbit farms in France over a six month period, revealing the alarming conditions of hair removal, and the many deaths due to the stress felt by these animals, just for the sake of the clothing industry.

After filing a complaint against one of these farmers, and approaching the Ministry of Agriculture and Food, OneVoice found itself faced with a wall, as it stated that the hair removal had been validated by the INRA – National Institute for Agronomic Research.

The ministry then responded to the association, relying on an alleged report published by the Institute, saying that "the method of collection by combing the hair, validated by INRA, if it is carried out in good conditions, can not be equated with abuse ".

After this unsatisfactory response, OneVoice filed a request for access to the Administrative Documents Access Commission (CADA) to read the report. But their request never succeeded, and for good reason, the report never existed.

Desperate to end the opposition to change surrounding the suffering of these animals, the association today has launched a new call for help, for these rabbits living in tiny cages, without protection against the cold.

Tied by their legs to a table, their hairs are torn manually and without prior anesthesia, plunging them into pain and utter helplessness, while their peers await, terrified of the fate they will have to endure in turn.

For now, the charity hopes to succeed in obtaining change for these animals, and the complaint filed against the main French breeding is still in progress.

This life of suffering and stress is beyond unjust. You too can decide to take action to save these angora rabbits and improve their living conditions and hair removal by signing the OneVoice petition (in French).