On January 9, what should have been a calm evening walk turned into a nightmare in Grigny, a suburb of Paris, France. Two dogs started to fight and a man, who owned one of them, killed the other. Arrested for 'serious abuse resulting in death', the man is now waiting to be tried. 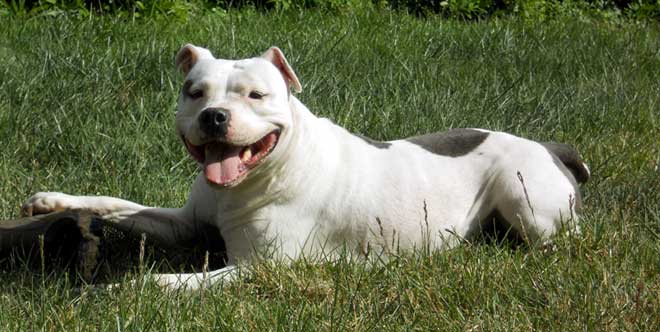 Just after 9:30pm, a young woman took her dog, an American Staffordshire Terrier, out for a walk. Just as she was about to let the dog off his leash in a local dog park, the second dog, a Boxer-Pit Bull mix who was off leash, came towards them after coming out of an apartment block with his owner.

The two dogs began to fight quite violently, and the woman could not pull her dog away, despite the leash.

This was when the man decided to intervene, taking out a knife and stabbing the Staffy in the shoulders. This didn't stop the dogs from fighting, so he continued to stab, even when the distraught young woman tried to get him to stop. 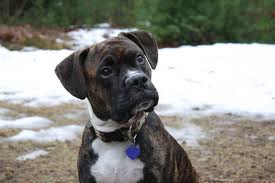 After stabbing the woman in the hand, he fled with his dog, leaving the Staffordhire Terrier to bleed to death in the street in a matter of minutes.

According to French newspaper Le Parisien, the man was arrested the next day, after the woman lodged a complaint with the police. He claimed to have killed the other dog to protect his own, despite the fact that the Boxer-cross had started the fight.

He also said that he could not remember stabbing the young woman and refused to tell the police where his dog – who was both unvaccinated and unregistered – was, as he wasn't in the apartment. If found, the canine could be taken away.

There are many things you can do to assure that your dog behaves itself in public and on walks, to keep both you and others around you safe.

Learn what strange behavior in dogs could be and watch out for potentially aggressive dogs, but also know that most of the time, all they want is to sniff each other's butts!