The final thirteen surviving animals of the Aalim al Sahar, or Magic World zoo in Aleppo, Syria were finally evacuated and taken to a rehabilitation center in Karacabey, Turkey in July. 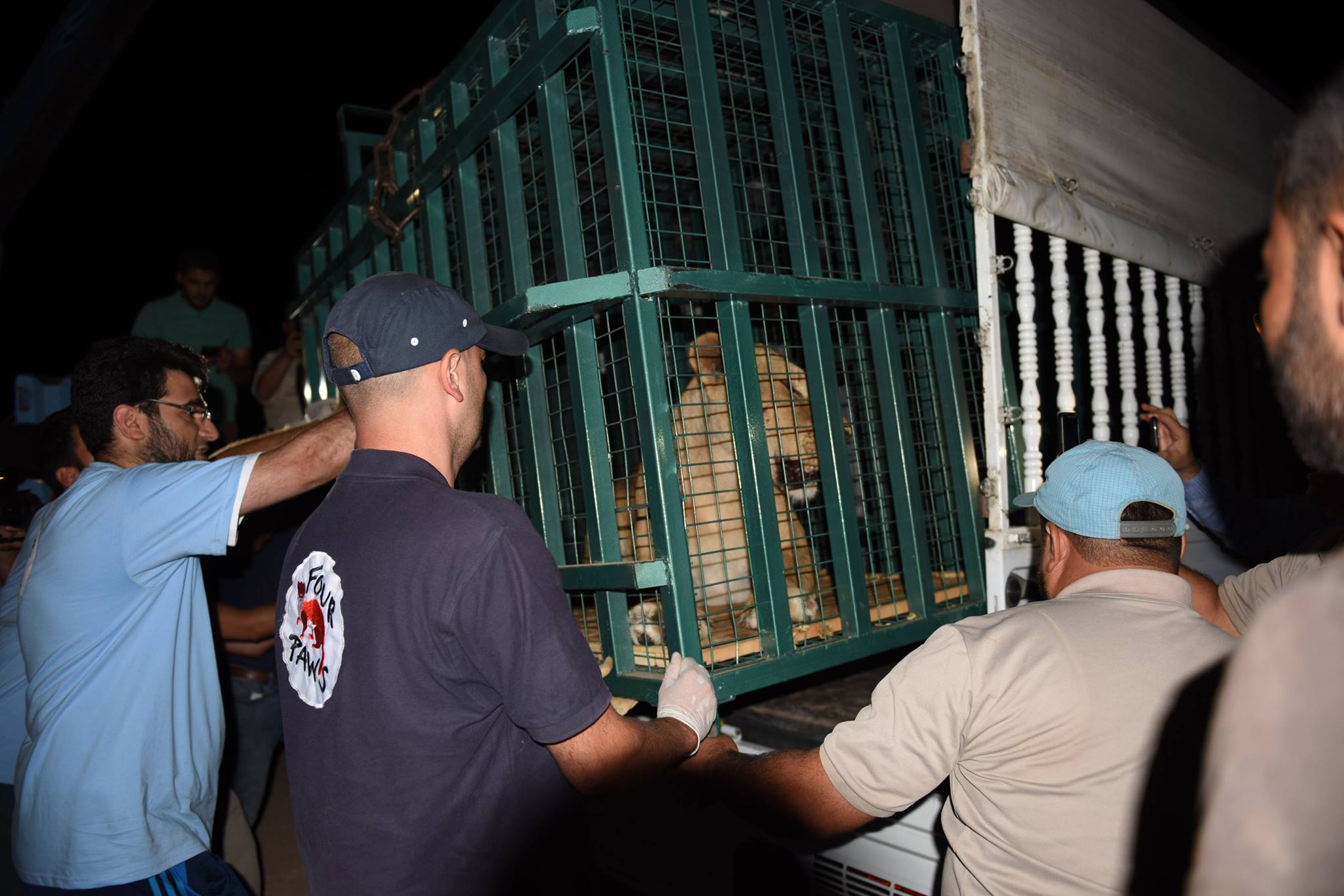 Thanks to the efforts of Four Paws International and the Turkish Ministry of Forestry and Water Affairs, they can all begin their safe, new lives.

The first nine animals: three lions, two tigers, two bears and two hyenas, were evacuated from the zoo on July 21. They had been abandoned several months prior when the owners of the center were forced to flee the city after the civil war in Syria reached its peak in Aleppo.

The animals were kept alive purely by the kindness of strangers. Eric Margolis, the American journalist who funded the rescue mission recounts:

There was a wonderful man who went and fed them, and he took up collections from Aleppo, from people he knew, and he had just enough food to keep some of them alive. 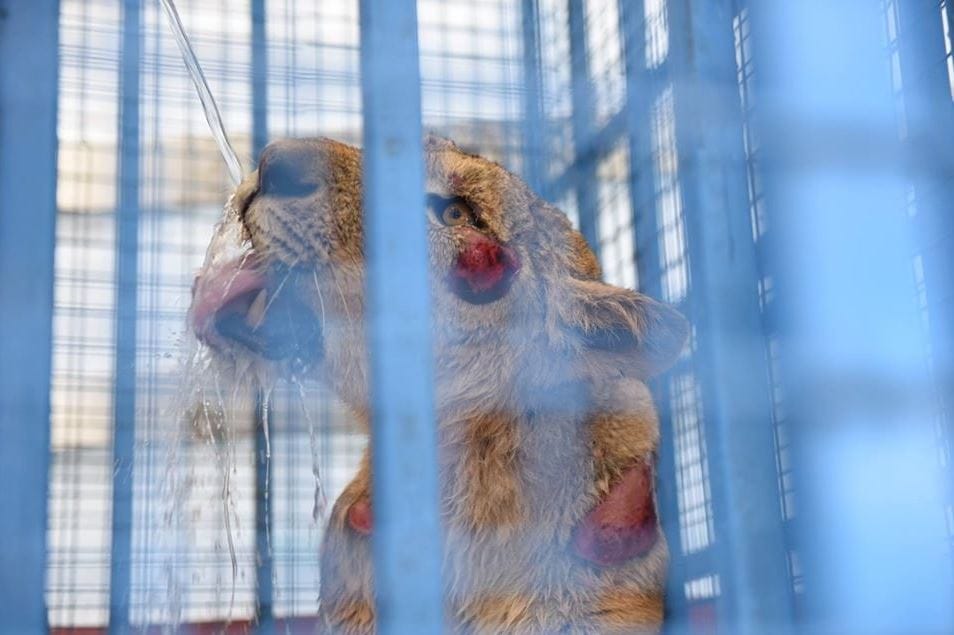 Then, on July 29, the remaining four animals, two lions, and two dogs were finally rescued too, bringing all thirteen survivors to safety.

Sadly, after months of neglect, their physical and mental conditions are not ideal and they will all require extensive medical treatment.

Sultan, one of the male tigers rescued was so weak that he suffered a cardiac arrest during the voyage to Turkey. Luckily, he was in the best care possible and managed to stay strong enough to make it to the rehabilitation center where he will receive all the medical attention that he so desperately needs. 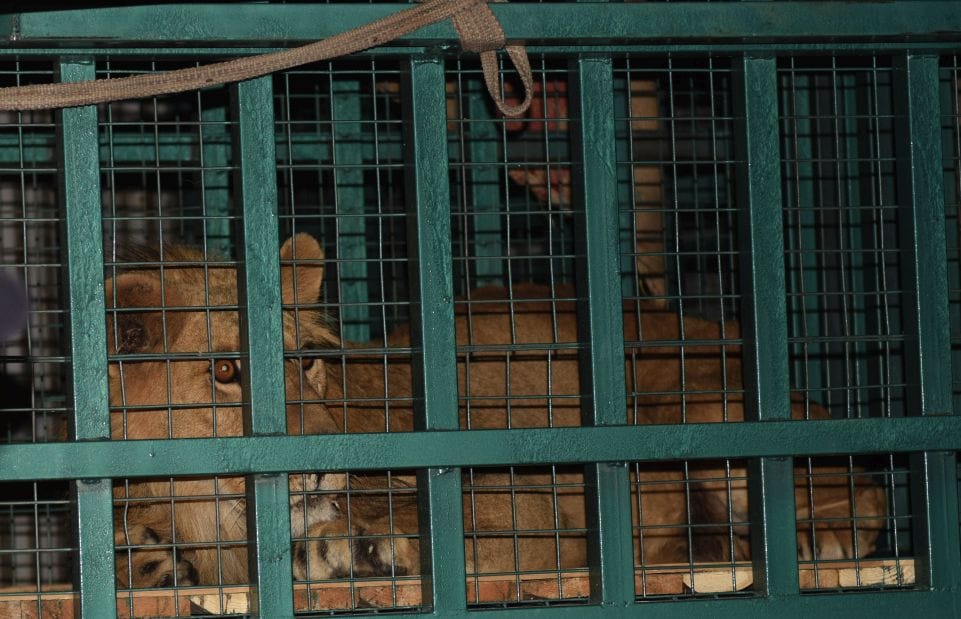 Dr. Amir Khalil, Four Paws International vet and head of the mission described the magnitude of this rescue:

Just the fact that the first nine animals were brought out of Syria is a miracle. It was an organizational and logistical feat. It makes us incredibly happy that we could rescue the remaining animals who were still suffering. 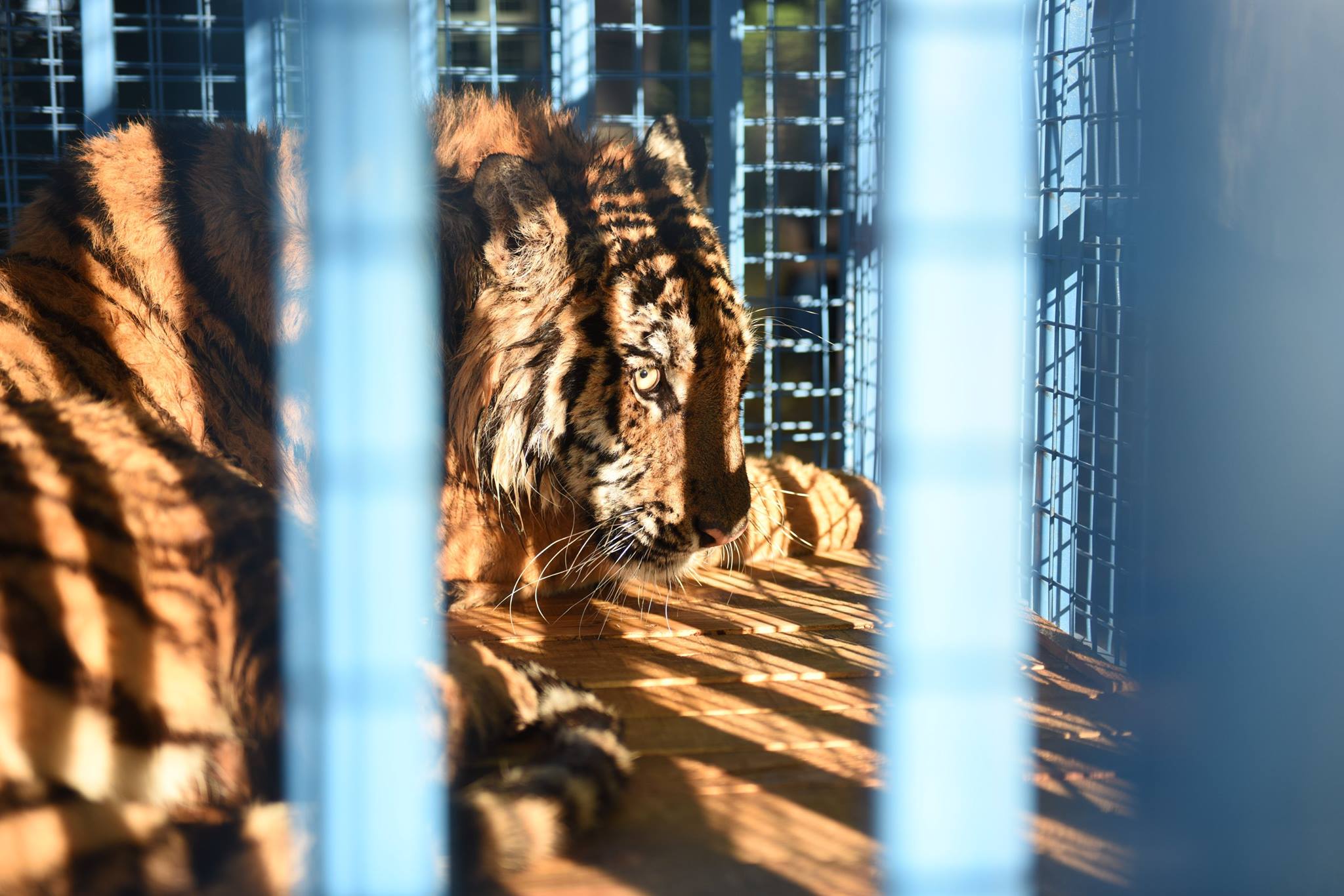 While the animals are in a variety of physical conditions, they are all expected to survive and be transferred to a more permanent new home. Eric Margolis concludes:

The zoo animals had no chance of escaping their tiny cages. They were surrounded by bomb explosions and gunshots every single day. This mission has saved their lives. I look forward to visiting the animals soon in their new homes.

If you would like to support Four Paws International and help them to continue their amazing work saving animals, you can make a donation by clicking here.