Michael Shinkle loves camping with his son. One day, when the pair were staying in a secluded location, they stumbled upon another camper who wanted to make some friends. 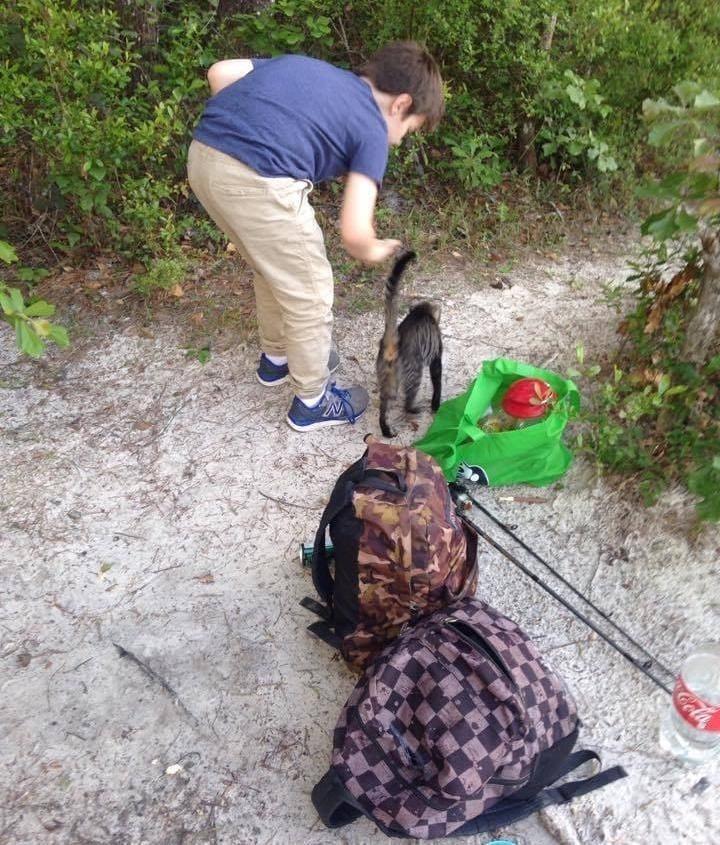 The new addition was a skinny cat, who quickly got attached to the father-son duo.

My son gets to work trying to catch some blue gill to feed the cat since we only brought enough food for dinner and breakfast.

Because he didn't have any luck, they started to feed the cat some of the stale bread they had brought to catch fish. 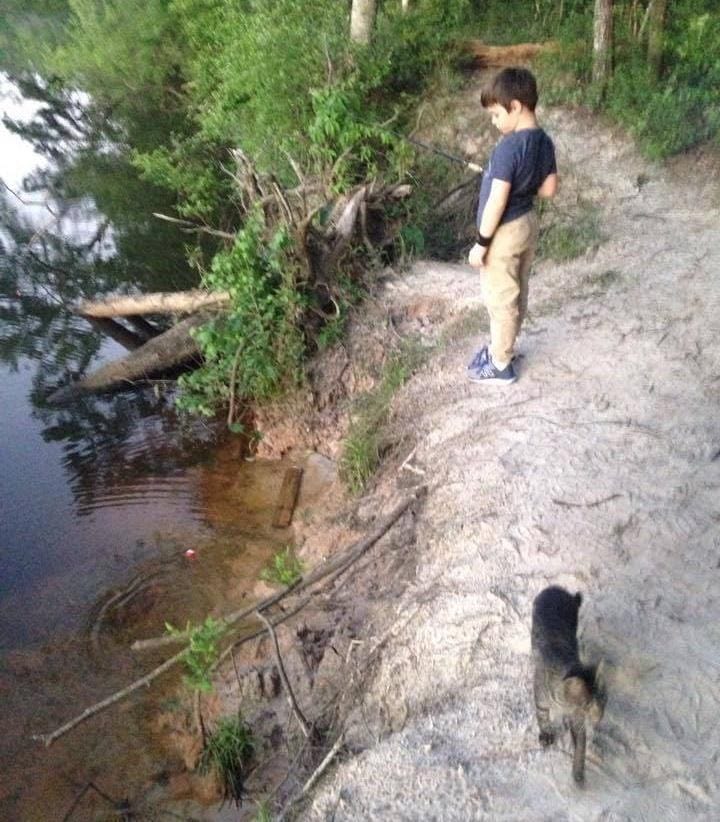 After dinner, they also gave the feline all of their leftovers from what they had eaten.

Seemingly satiated, she disappeared into the night. They decided it was time to go to bed, but after a few hours, they started to hear noises outside again.

A couple hours later I wake up to some noise and go outside to check. Now, instead of 2 eyes staring at me I see 8 glowing eyes reflecting the light from my phone. 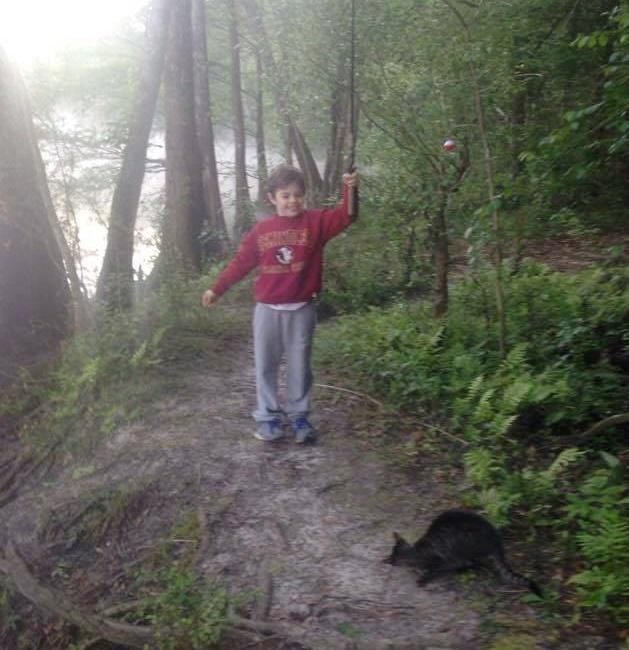 The mama cat had come back with her three babies. That morning they finally were able to catch some fish, 14 to be exact, and the felines had their fill.

With all they had been through together, Shinkle knew he couldn't leave them behind. He took all four of the animals and decided to keep them. 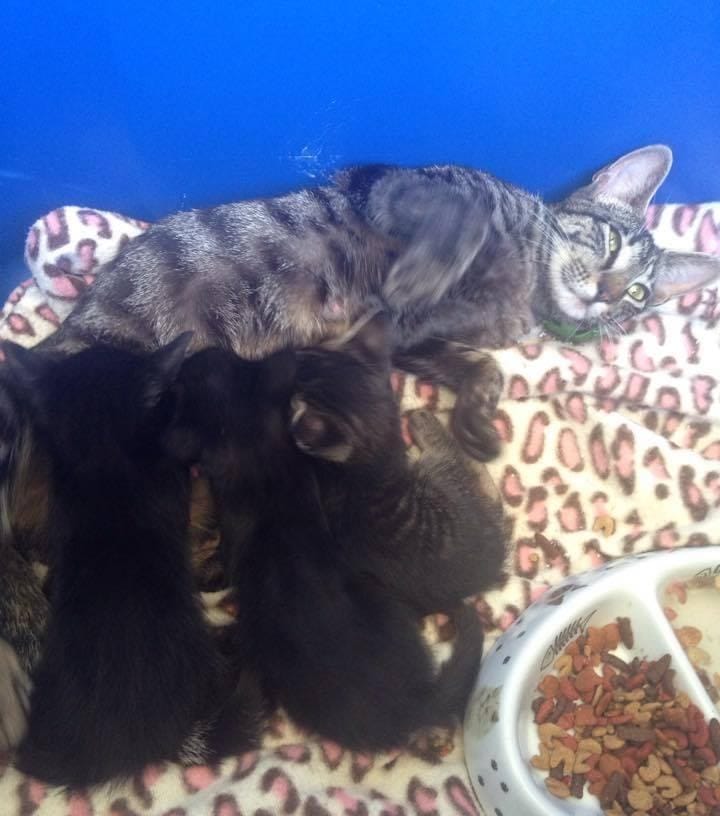 She's quite a happy cat now. There is no way this cat was not domesticated the way she craves human attention.

He is having her checked to make sure that she's not microchipped, but if not her and her kittens will have their forever home all set. 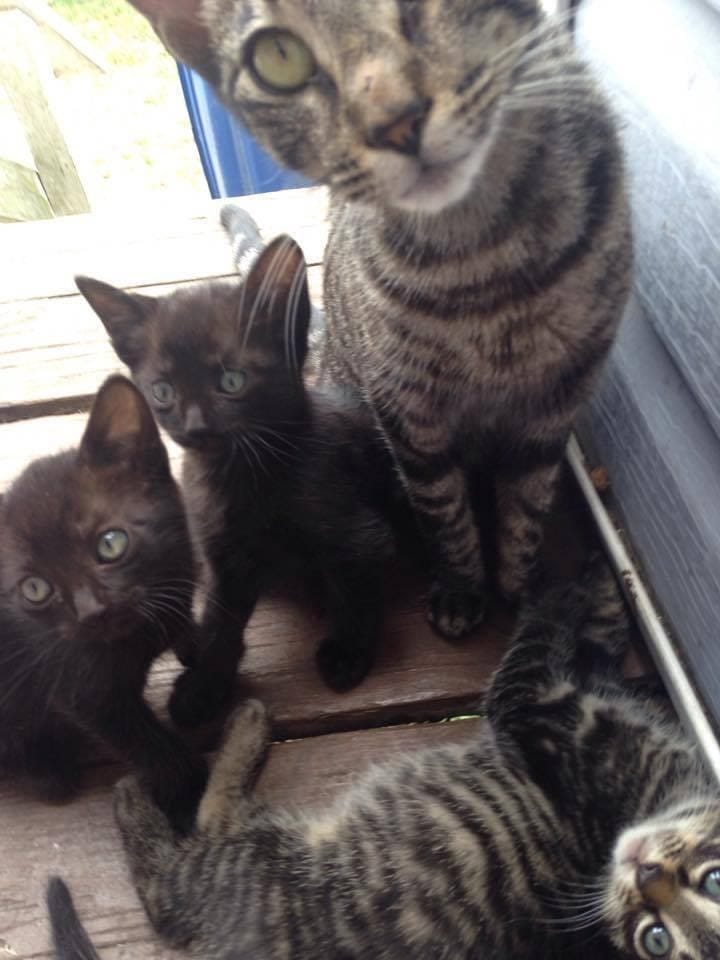 Shinkle also set up a GoFundMe page to fund their veterinary care, which has almost quadrupled its goal. The extra money will be used to get the kittens spayed and neutered when they're old enough.