Redland, Florida, is an agricultural region bordering the Everglades, where tourists go to get a glimpse of wildlife.

Unfortunately, it is also a notorious dumping ground for pet owners who no longer wish to care for their animals.

That was most likely what happened to Bear, a dog who had been fending for himself on the streets for about a year-and-a-half when rescuers found him. 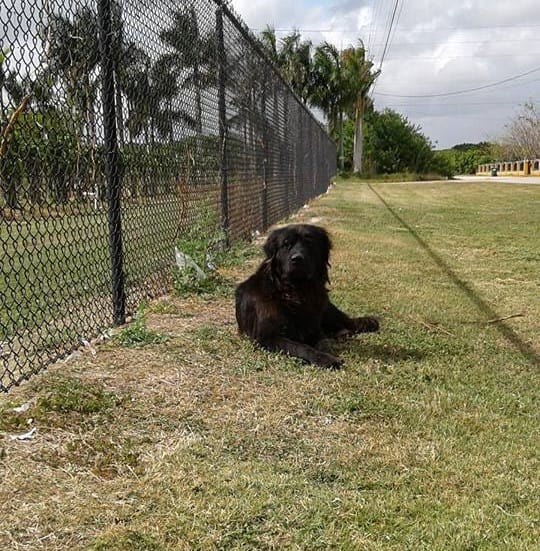 Volunteers at the Redland Rock Pit Abandoned Dog Project had been trying to coax him back to civilization for months, offering him food and attention.

He had slowly started to regain his trust in humans, until one day, someone broke that trust yet again.

Last month, one of our volunteers actually saw one of the people who live in a house kick him. They pulled in, and he was so happy to see him. He came close to the guy and as he came close, the guy kicked him. 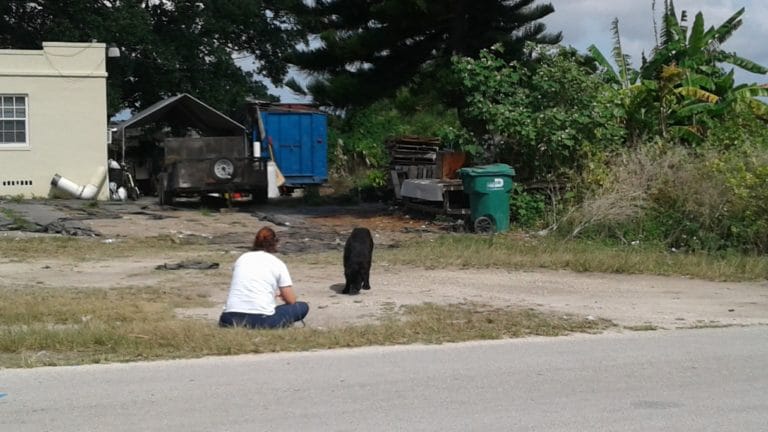 Bear completely shut down, and would skittishly avoid human contact. Even when volunteers brought him his favorite food, sausages, he would run away from their touch.

But rescuers were patient. One volunteer sat on the ground with him for half an hour, her steady presence calmly assuring him she meant no harm.

Pena went and got the snare to help catch him; they could no longer just let him roam the streets. 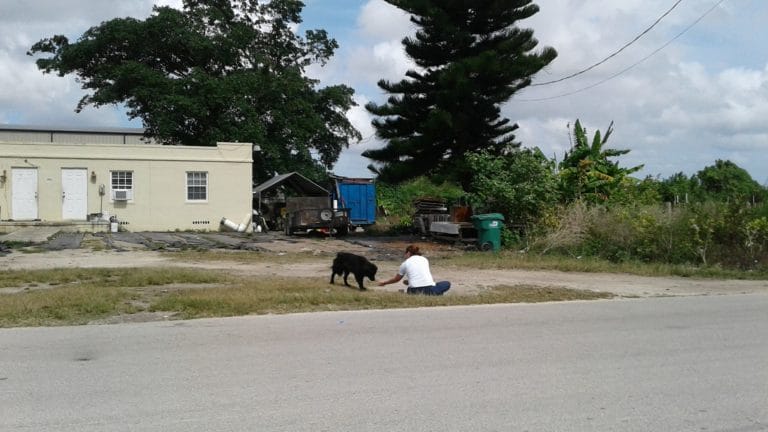 She bated it with treats, and although he was nervous, she eventually manage to capture him. She recalled:

He pulled back, I pulled forward, and then he just pancaked. He went flat on the ground. I started petting him. I touched his face, his eyes. And he didn’t do anything.

The rescue team picked him up and carried him to the car. They were amazed by how sweet and gentle he was, even after all that time on the street.

As soon as he was inside the car and the AC was in his face he was like, ‘I’m in heaven.’ He forgot about everything else and he was like a normal dog.

After a trip to the shelter and a nice bath, Bear has quickly learned to love his return to civilization.

He has even found a new foster home, and a possible forever home.

Sadly, there are plenty more dogs like Bear who haven't gotten their happy ending yet. To help more animals who have been dumped in this area, you can donate to the Redland Rock Pit Abandoned Dog Rescue, here.